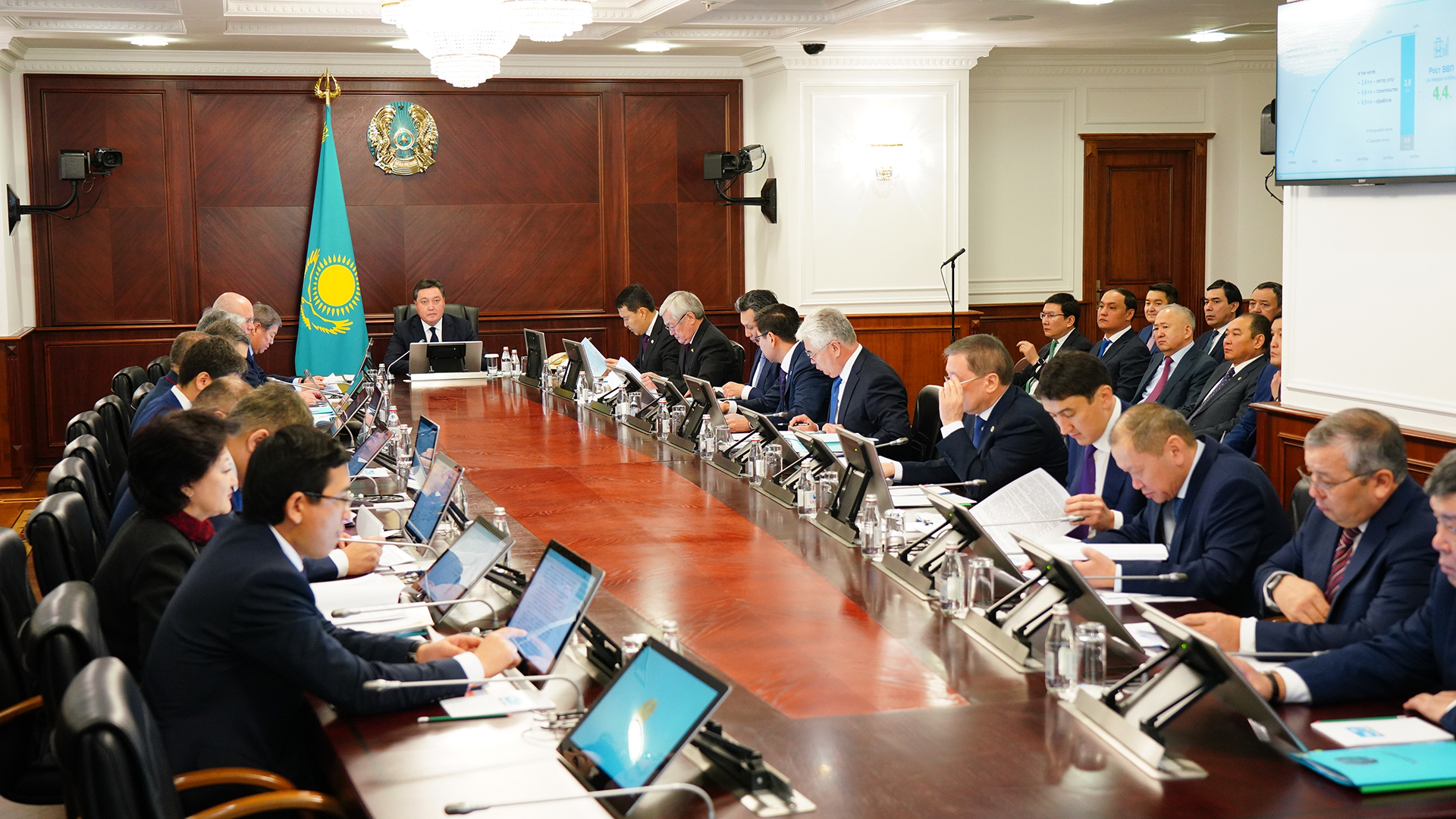 At the government session chaired by Prime Minister Askar Mamin, the results of the country's socio-economic development and the implementation of the republican budget for January-November 2019 were considered.

Minister of National Economy Ruslan Dalenov, Chairman of the National Bank Erbolat Dossaev and First Deputy Prime Minister – Minister of Finance Alikhan Smailov reported on the state of the economy, the banking sector, the implementation of the republican budget, and local content in government procurement.

The prime minister instructed the heads of branch ministries and regions to take all necessary measures to bring indicators to planned values.

The head of government positively noted the work of the akimats of Aktobe, Zhambyl, East Kazakhstan, Karaganda and Turkistan Regions, which have experienced high growth in the economy over the 11 months of this year, lagging akimats indicated the need for appropriate measures to correct the situation with problematic indicators.

Akims and heads of state bodies were heard who allowed the non-development of budget funds.

“On the revenue side of the budget, the current year plan has been overfulfilled. However, a number of administrators nevertheless allow non-development of budget funds,” Mamin said.

The head of government instructed the administrators of budget programs to take measures to the full utilization of allocated budget funds by the end of the fiscal year (December 20, 2012).