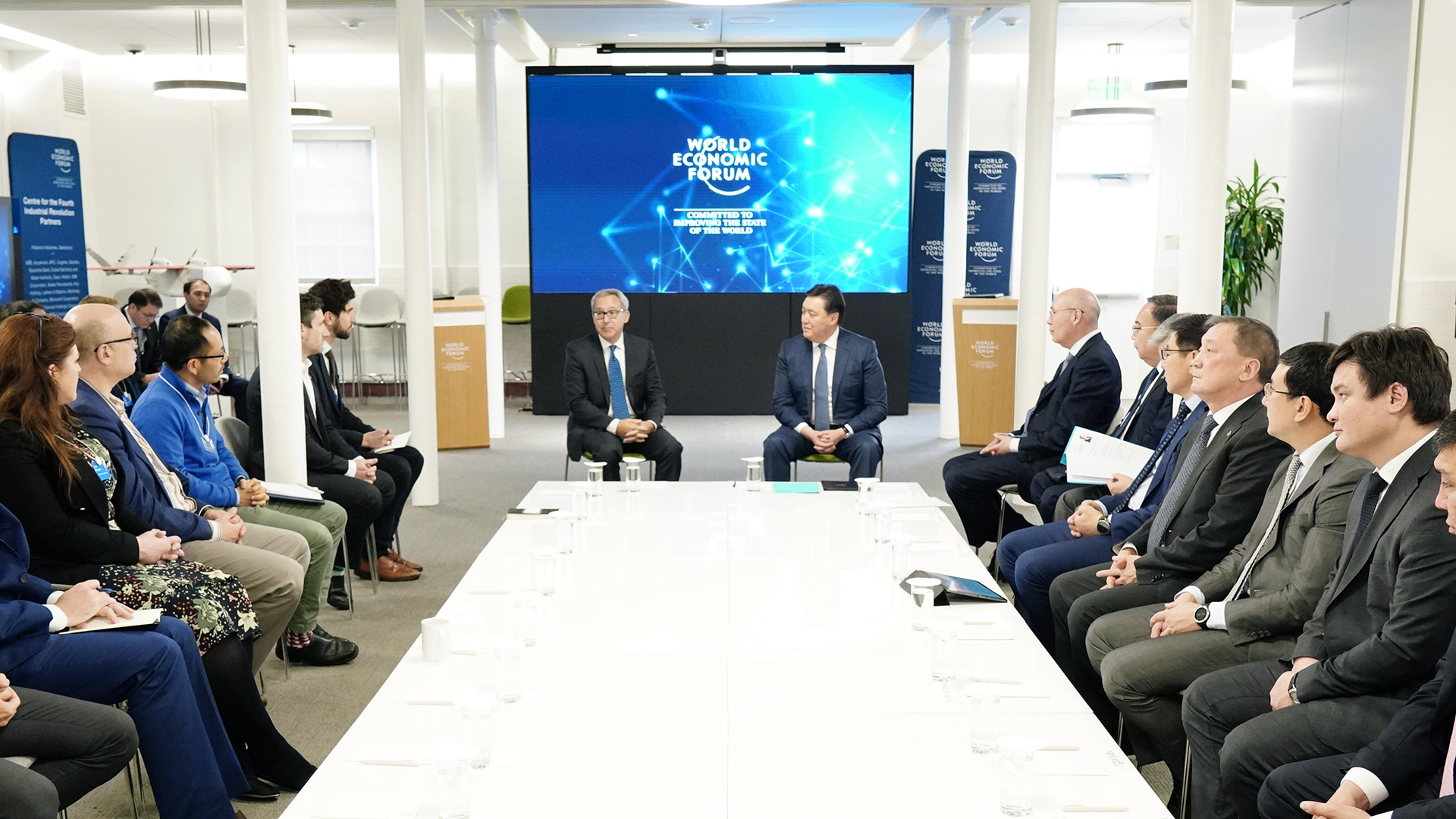 As part of his working trip to the USA, Prime Minister Askar Mamin visited San Francisco and met with the leadership of leading world companies in the field of innovative and digital development, venture financing and energy.

The Head of Government met with the leadership of the Center for the Fourth Industrial Revolution of the World Economic Forum and discussed promising areas of cooperation in the field of regulation of innovative technologies with the WEF Managing Director Richard Samans.

Following the meeting, the Center for the Fourth Industrial Revolution and the Astana International Financial Center signed a document on strategic partnership in the development of the Internet of Things, which was the first step towards the opening in 2020 in Kazakhstan of the WEF Affiliate Center for the Fourth Industrial Revolution. Similar institutions operate in Israel, India, China, the United Arab Emirates, Colombia, South Africa, the USA and Japan, contributing to the provision of systemic state support for the development of the latest technologies and innovative projects. 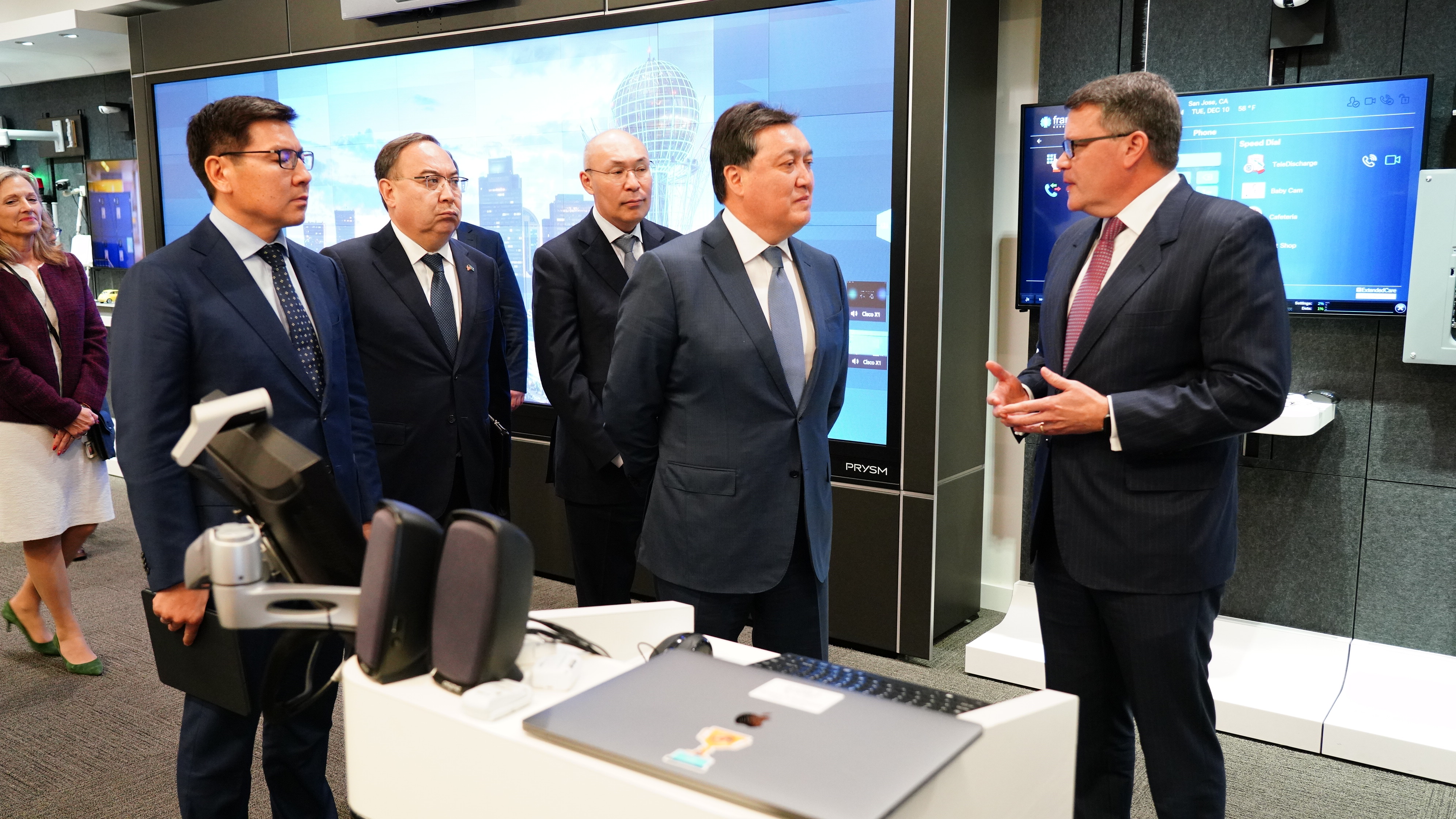 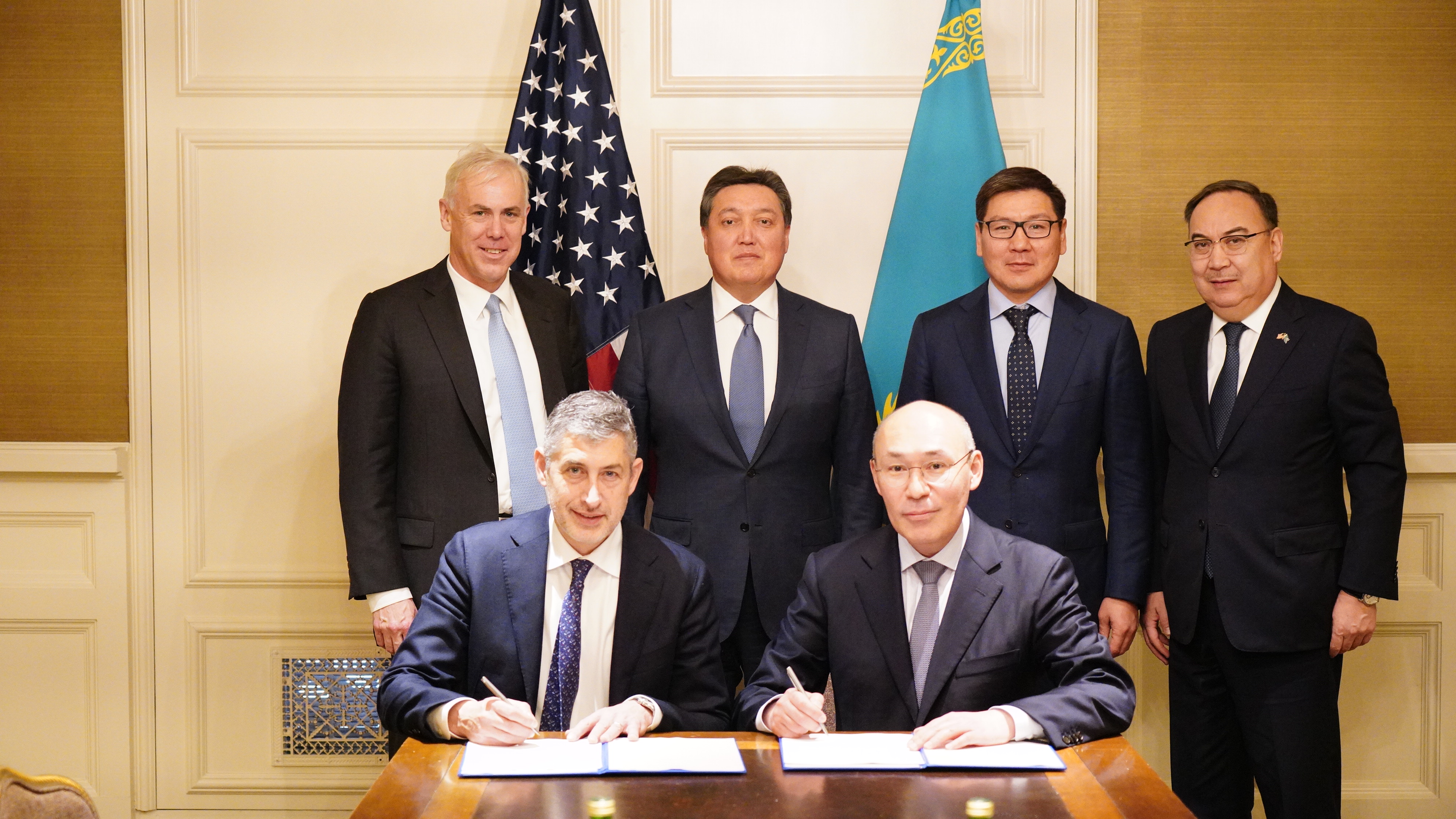 The document provides for the creation of a joint Thematic Venture Fund in Kazakhstan. The project will give an impetus to the development of venture financing and innovative entrepreneurship, providing start-up companies with venture capital.

Following Mamin’s negotiations with Chief Financial Officer of the BrightSphere Investment Group Suren Rana, Kazakhstan Direct Investment Fund and BSIG signed a memorandum of cooperation in creating a joint fund in 2020 to finance infrastructure projects at territory of Kazakhstan.

For reference: BSIG is a leading global investment group that manages over $200 billion. It implements projects in 30 countries through 7 management companies, has 20 offices around the world and more than 850 institutional and large corporate clients.

Mamin discussed the development of an innovative ecosystem, venture capital and start-up projects in Kazakhstan with the management of Plug and Play, whose office it is planned to open on the Astana Hub site.

During the negotiations with the C3.ai Chief Executive Officer Thomas Siebel, the head of government discussed issues of cooperation in the use of artificial intelligence in the oil and gas and other sectors of the Republic of Kazakhstan.

During a meeting with the vice president of the transnational corporation Cisco Guy Diedrich, the implementation of an updated strategy for cooperation in the field of information technologies and achieving the goals enshrined in the Digital Kazakhstan state program was considered. 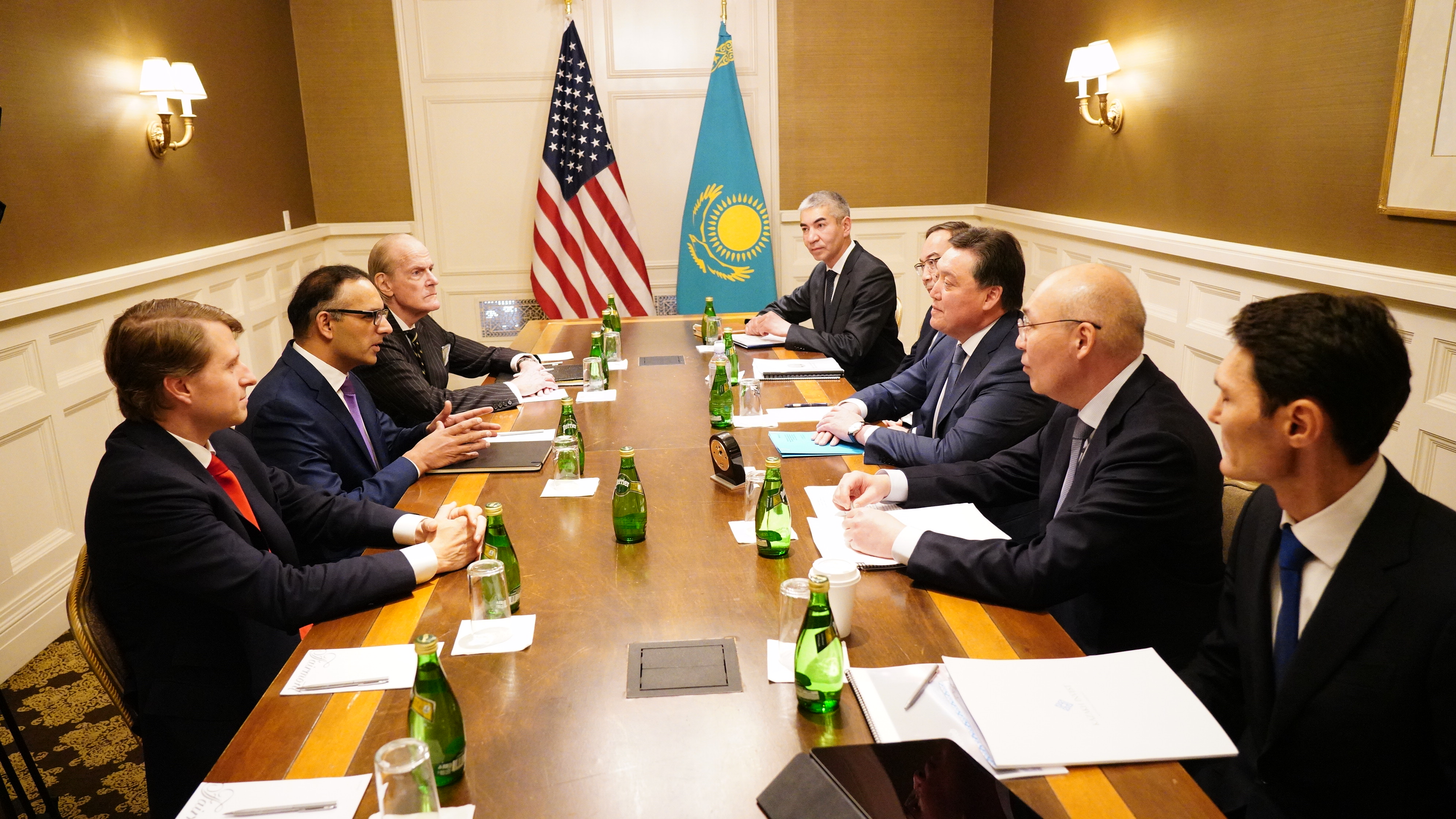 During the meeting with the CEO of One Web Adrian Steckel, the prospects for the implementation of the project on the widespread coverage of the territory of Kazakhstan, including remote and inaccessible areas, with high-speed broadband Internet via communication satellites were considered. As a result of the negotiations, AIFC Governor Kairat Kelimbetov and the head of One Web Adrian Steckel signed a document on further project promotion.

In a conversation with Executive Vice President of Chevron Exploration and Production Corporation James Johnson, the prime minister discussed the development of the Future Expansion Project, the further increase of Kazakhstani content for goods and services at the Tengizchevroil project, as well as the development of joint measures to improve social security and labor conditions of Kazakhstani workers.

During the negotiations with ValvTechnologies President Kevin Hunt, Askar Mamin considered the possibility of opening a plant in Kazakhstan for the production of valves and gate valves for the oil and gas sector. It is planned to use the manufactured products within the framework of the Tengizchevroil Future Expansion Project, as well as export to the markets of neighboring countries. 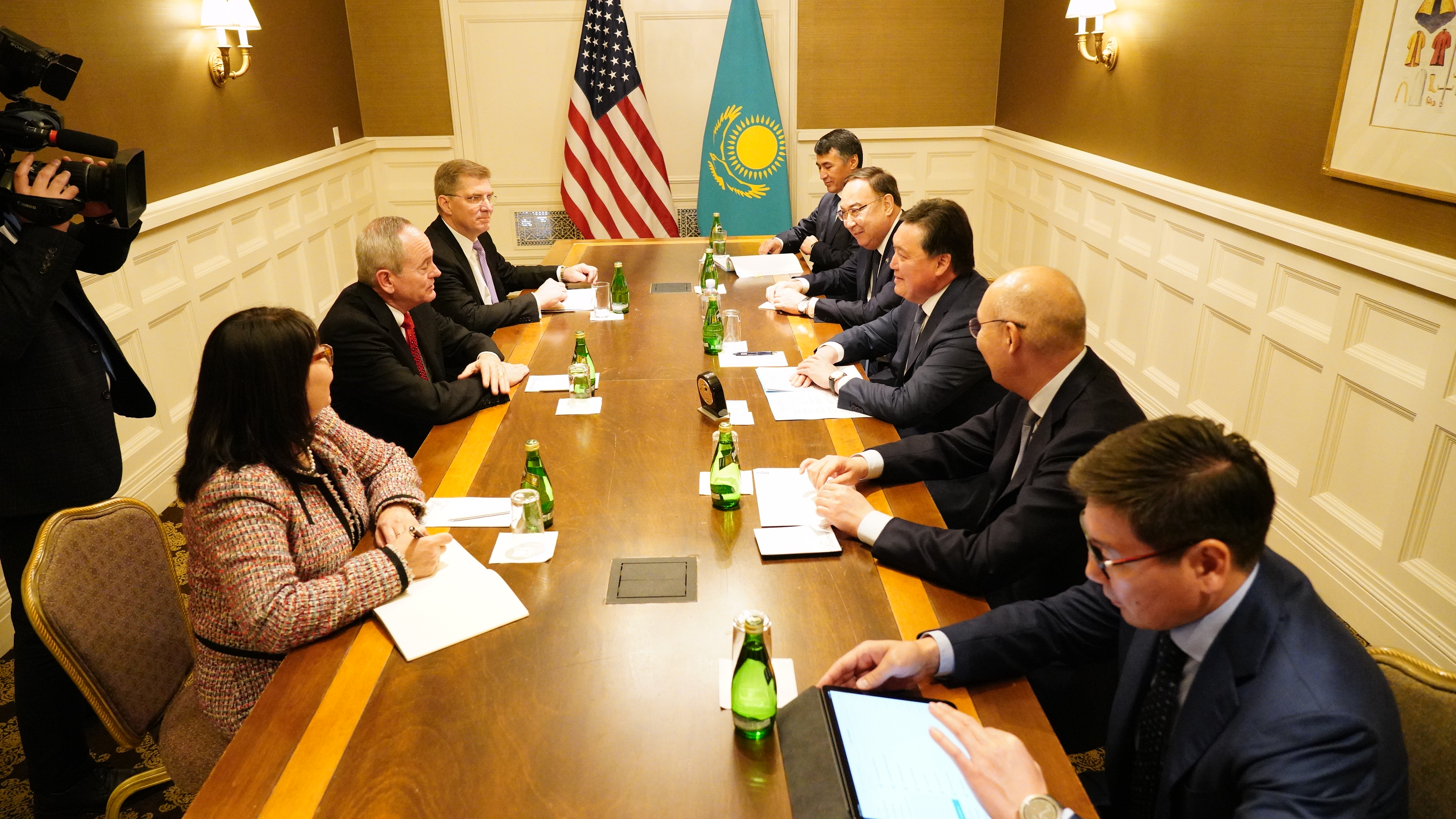 Mamin met with the founder of the 42 computer programming school and Qwasar IT educational company Kwame Yamgnane, with whom the prospects of cooperation in training specialists for the digital economy of Kazakhstan were discussed.

The prime minister visited the office and factory of the Tesla company, where, as part of a meeting with the company’s management, questions of expanding the network of gas stations in Kazakhstan and opening service centers for electric vehicles were discussed.