113 investment projects worth 4.4 trillion tenge under development and implementation in agro-industrial complex — Ministry of Agriculture 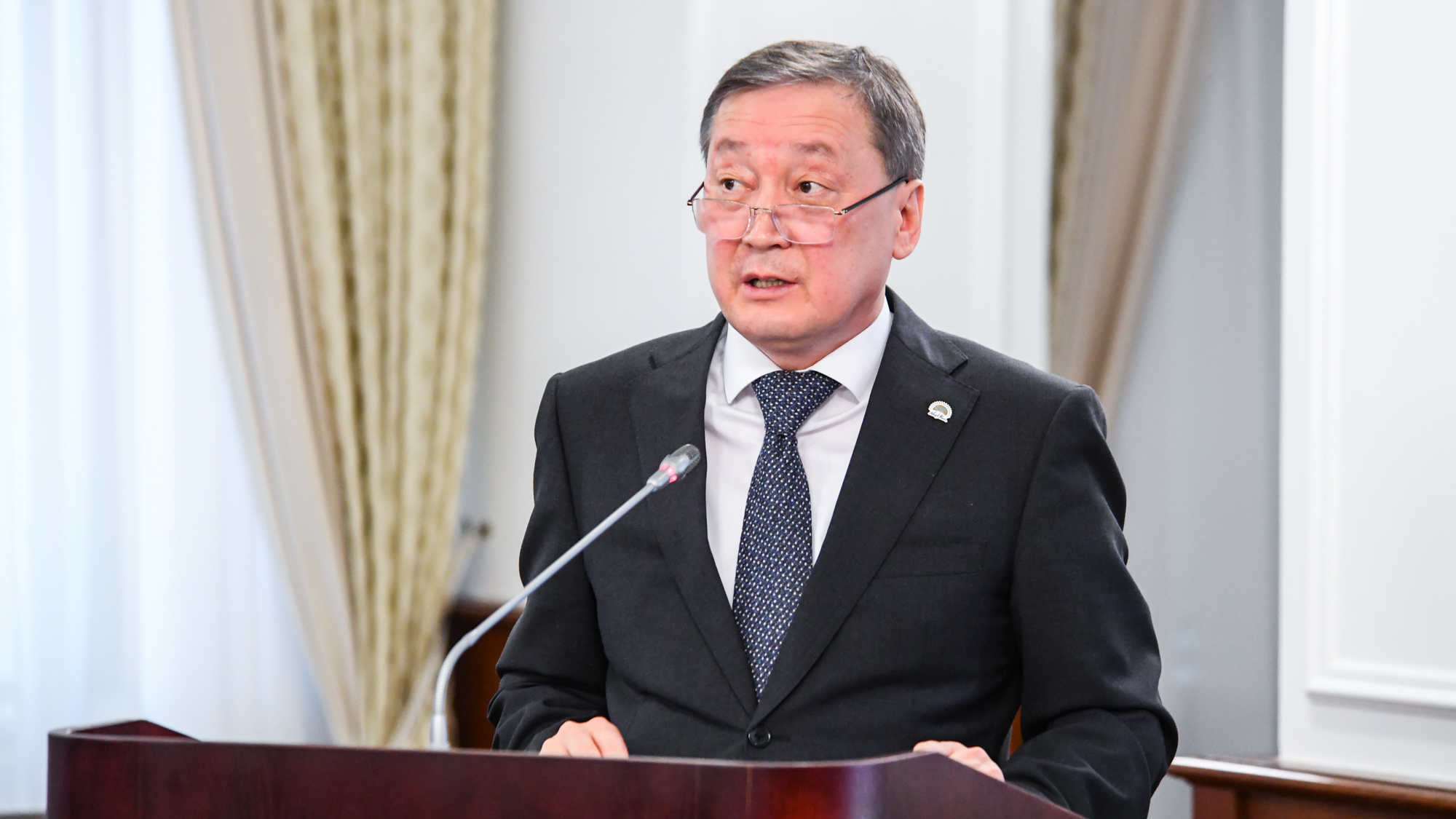 At the government session chaired by Prime Minister Askar Mamin, Minister of Agriculture Saparkhan Omarov reported on new approaches to state support for the agro-industrial complex.

As Omarov noted, at present there are a number of problems in the sector that hinder the development of the agricultural sector of Kazakhstan. For each of them there is a decision. In this regard, approaches to state support of the agro-industrial complex were revised, taking into account the issues of import inflation when importing food products.

Currently, the Ministry of Agriculture has prepared amendments to the State Agro-Industrial Complex Development Program for 2017-2021, taking into account the implementation of the Nur Otan Party's Election Platform to saturate the domestic market with domestic products.

“Now we have 19 items in the list of socially important goods, of which only six have import dependence. In general, the task of import substitution can be implemented in the medium term, until 2024,” the minister said.

He also said that the Ministry of Agriculture has a clear plan of measures for import substitution of these six products. Measures will allow saturating the domestic market to 80 and 100% with domestic products by 2024, attracting about 770 billion tenge of investments in fixed assets to the sector.

The Ministry of Agriculture proposes to gradate existing state support measures with the abolition of ineffective subsidies for subsidies oriented to results.

Thanks to the state support, the investment attractiveness of the industry is growing, which will ensure the fulfillment of target indicators for attracting investment in fixed assets.

To date, 113 investment projects totaling 4.4 trillion tenge are under development and implementation.

First. In crop production, many factors influence the increase in productivity, both collectively and individually. Based on this, the Ministry of Agriculture plans to leave the basic subsidies aimed at reducing the cost of part of the cost of seeds, fertilizers and plant protection products.

For example, if a farm introduced fertilizers, bought high-quality seeds, carried out chemical weeding on time, then the yield will be at least 7-8 centners per hectare.

Second. Starting from 2017, the transition from commodity-specific subsidies in crop production has begun.

“At first we refused to subsidize cereals, then oilseeds and vegetable and melons. Now we plan to exclude subsidies for cattle meat, egg, koumiss and shubat, rice, cotton, because these goods have a level of self-sufficiency,” Omarov said.

At the same time, the released funds will remain in the industry. That is, they will not decrease and will not go anywhere, but will be redistributed to such priority areas as, for example, the purchase of breeding stock, as well as subsidies only for import-dependent items, such as milk, poultry, sugar beets.

Subsidies per unit of production create effective economic incentives to increase production, with the emphasis on supporting industrial and technological production. However, this type of state support should be temporary, until the saturation of the domestic market.

The third. Investment subsidies will stimulate the renewal of the machine and tractor fleet, contribute to the modernization and creation of new enterprises in the agricultural sector, including issues of import substitution and the realization of export potential.

That is, now there are 39 investment passports, according to which part of the investment is partially reimbursed.

Subsidized destinations were reviewed and inefficient passports optimized. For example, in wells for pasture irrigation, the subsidy rate will be reduced from 80% to 25%. The elevator passport will be excluded, as storage capacities are already sufficient. In addition, a passport for an egg poultry farm is excluded.

At the same time, the exclusion of the construction of new meat plants and dairies is being discussed, as there are enough processing capacities, while they are only 40% loaded. You can leave only the direction of reconstruction or partial modernization, for example, the replacement of equipment or processing lines.

Thus, due to the optimization of investment passports, about 20 billion tenge will be redistributed to such priority areas as updating agricultural machinery and equipment, dairy factories, meat poultry farms, orchards, greenhouses, storage infrastructure for fruits and vegetables, etc.

“At the same time, we rely primarily on existing enterprises, that is, basic enterprises that can expand their production, they have experience, potential for fodder base, established sales channels. Enterprises will also be commissioned in accordance with the specialization of the regions,” the minister said.

He also pointed out the need to build the chain “production – processing – marketing.” To do this, you need to deal with the counterfeit that is present on the market. That is, it is necessary to create conditions not only for the production, but also for the sale of domestic products.

During the meeting, representatives of agribusiness made comments on the issue.

So, director of the Agrofirm Rodina LLP, Head of the Profile Committee of the Atameken National Chamber of Entrepreneurs Ivan Sauer shared his vision on the further development of the agro-industrial complex. According to him, the new approaches of state support to the agricultural sector will quickly have an effect.

“What was new this time? We very tightly rested and relied on our experience in Kazakhstan, studied what is possible. All this is practical, everything is tied to specific addresses. It was possible to maintain basic subsidies in the crop sector. Because it is the main locomotive that pulls the entire agricultural sector. It must continue to be supported. We worked very seriously in terms of approaches to subsidizing livestock, summarized all the experience in terms of import substitution. In general, we approve of new approaches and believe that the Ministry of Agriculture has done a lot of work,” said Sauer.

In the field of crop production, the Head of Olzha-Agro LLP Aidarbek Khodzhanazarov spoke out. He emphasized that the presented new rules for subsidizing agriculture are a common product born from the exchange of views, thoughts, and the brainstorming of the Government and business.

“Over the past few years, most of our comments have been taken into account for the first time. Most importantly, these subsidies have been identified to increase productivity. It is important for us that subsidization of fertilizers and modern seeds is supported. Because the previous rules, on the contrary, pushed to acquire less productive seeds,” Khodzhanazarov noted.

CEO of Tayynsha Astyk LLP Anatoly Rafalsky, expressing his opinion on the proposed approaches, noted that all agrarians of Kazakhstan in recent years have received good support from the state. Especially in recent years, much attention has been paid to the Livestock Development Program.

“In Kazakhstan, there is not enough livestock; we have very few animals in the dairy and meat sectors. I believe that our main task today is to very quickly and effectively increase the number of cattle. This problem is being solved. It can be solved very quickly by purchasing good pedigree cattle from near and far abroad,” Rafalsky said.