Involving mothers of many children in SMEs, providing microcredit, creating family business, or how Enbek state program is implemented 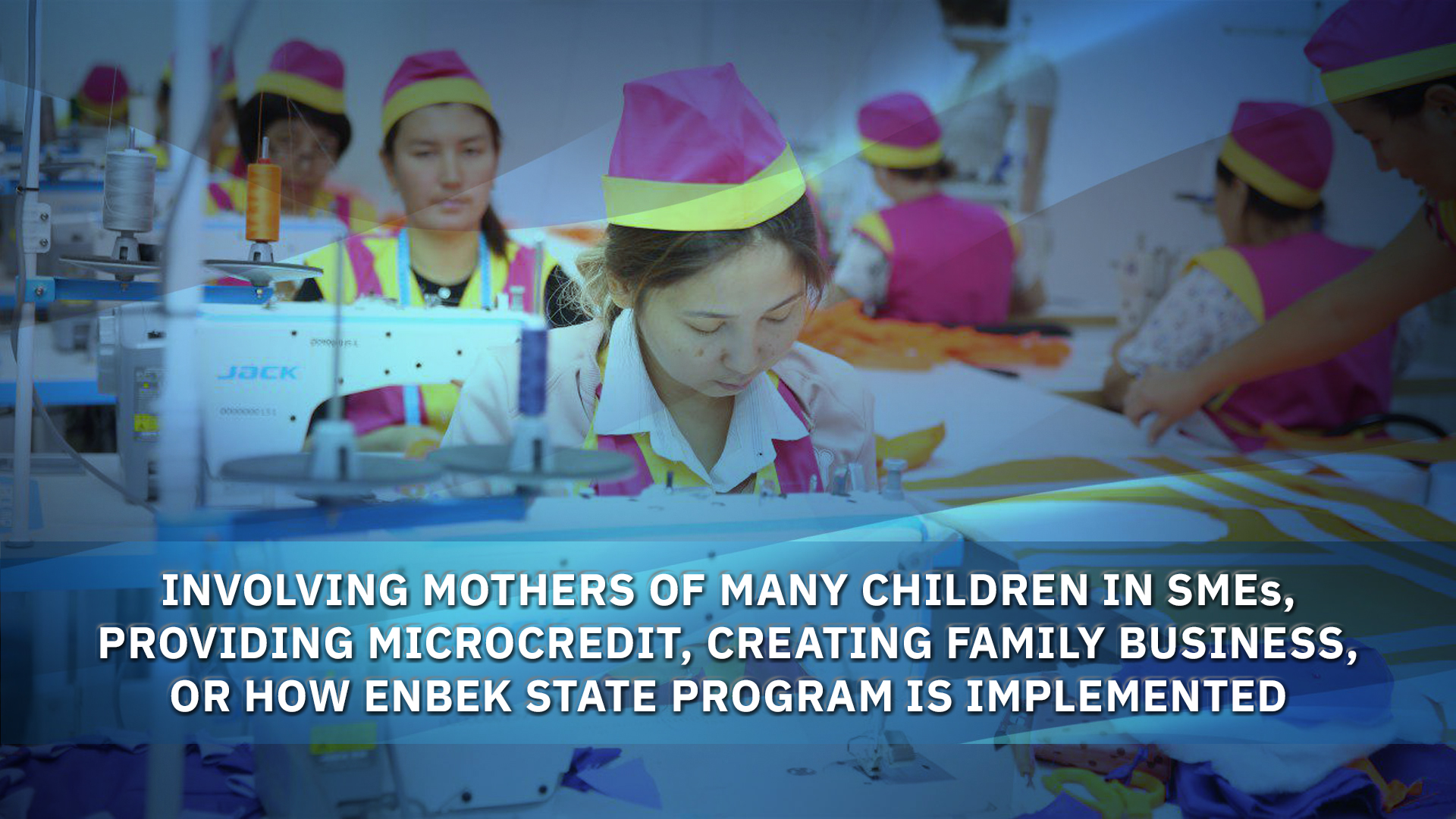 In his Address to the people of Kazakhstan “Constructive Public Dialogue – the Basis of Stability and Prosperity of Kazakhstanis,” the Head of State Kassym-Jomart Tokayev called for actively introducing new forms of business support with an emphasis on social aspects, which include the creation of family businesses, primarily for large and low-income families. Today, large families are actively receiving microloans to open their own business as part of the Enbek State Program for the Development of Productive Employment and Mass Entrepreneurship for 2017–2021. As of Nov. 1, 2019, more than 568 thousand people became participants in the Program, of which about 254 thousand or 44.8% of the total number of participants were women. 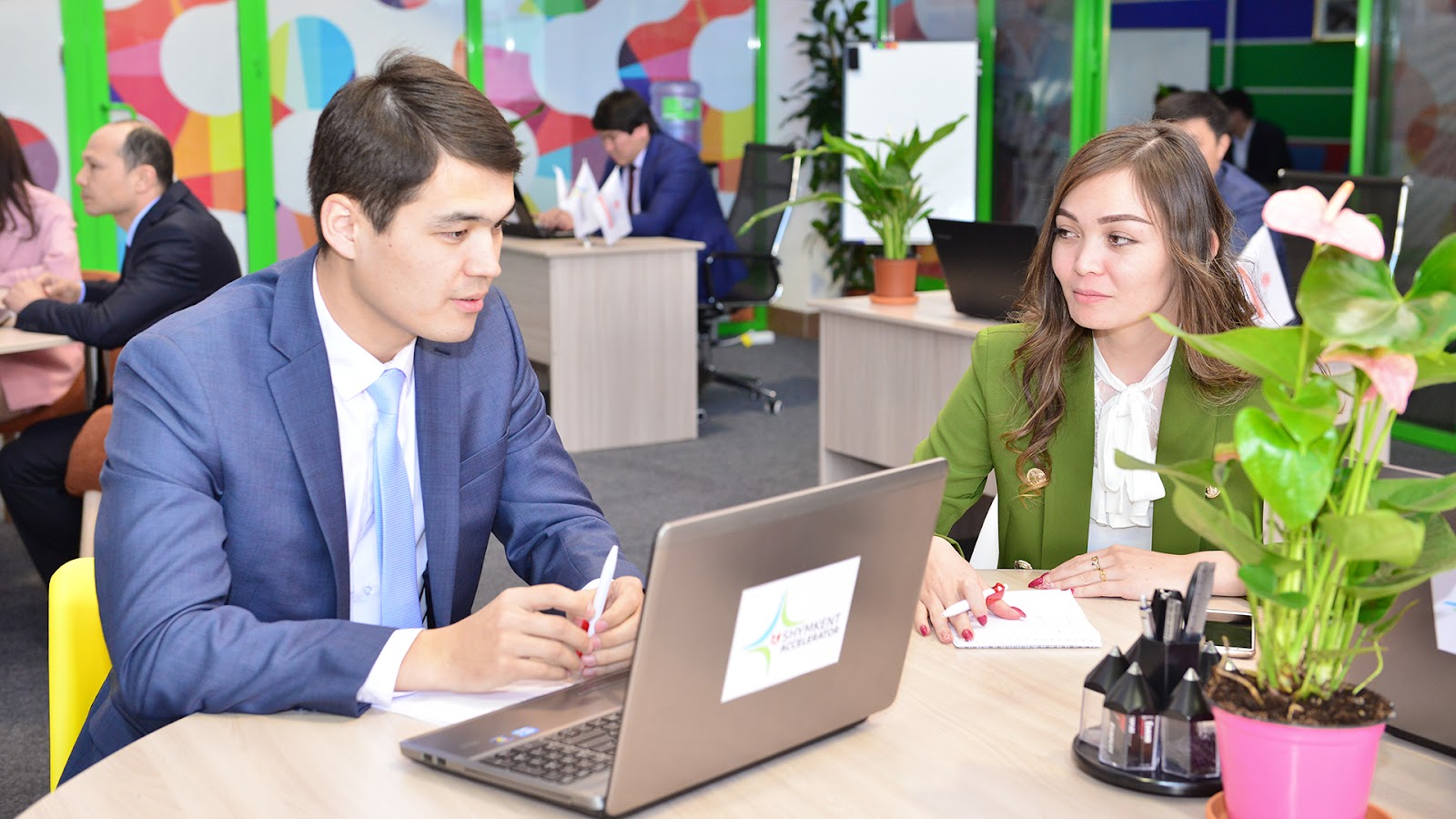 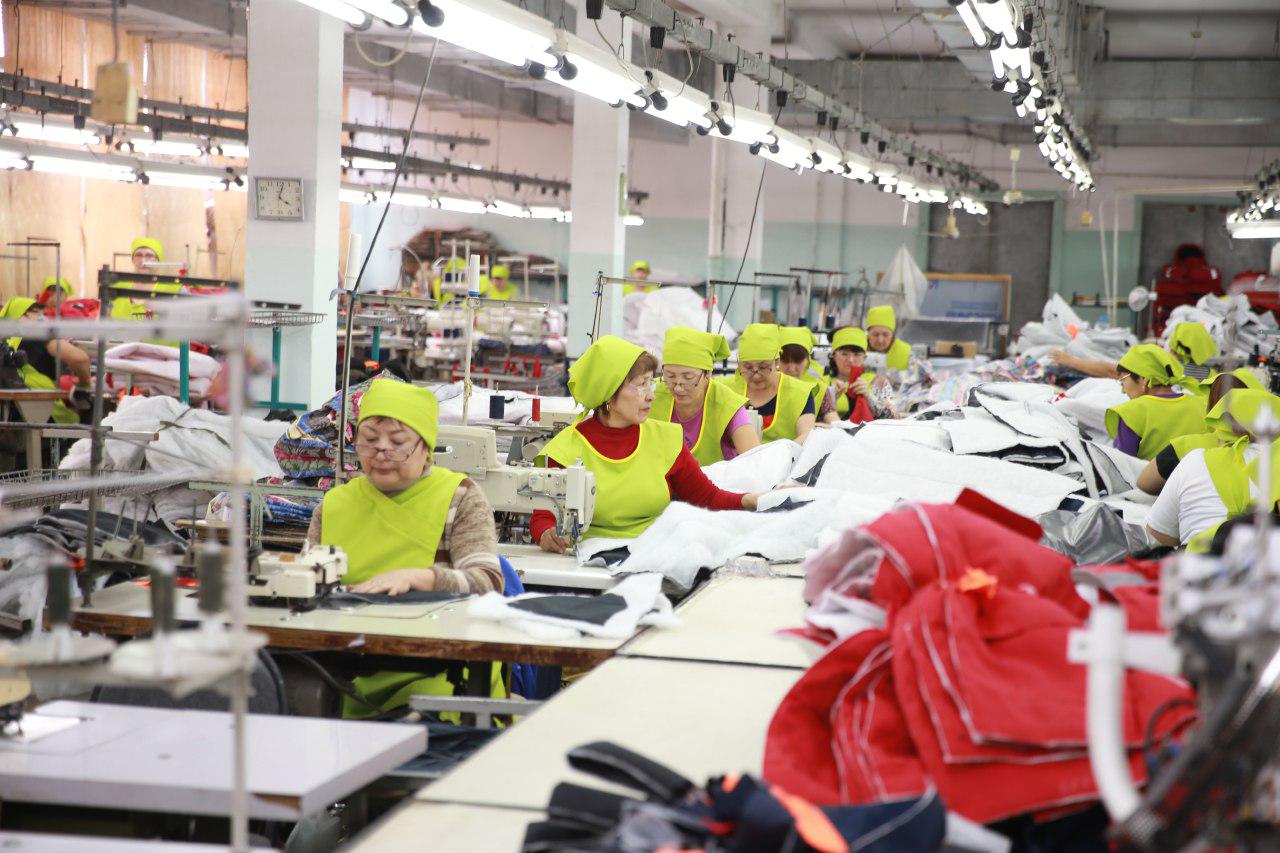 Note that the program can include unemployed people, certain categories of employed people, members of young and low-income large families, low-income able-bodied people with disabilities, agricultural cooperatives and their members who have not reached retirement age, peasant and farm enterprises, including participants in anchor cooperation.

To receive a microloan, applicants directly or through the regional branches of the RPP / akims of rural districts and settlements contact the employment centers for advice with the application of the following documents:

copy of an identity document; 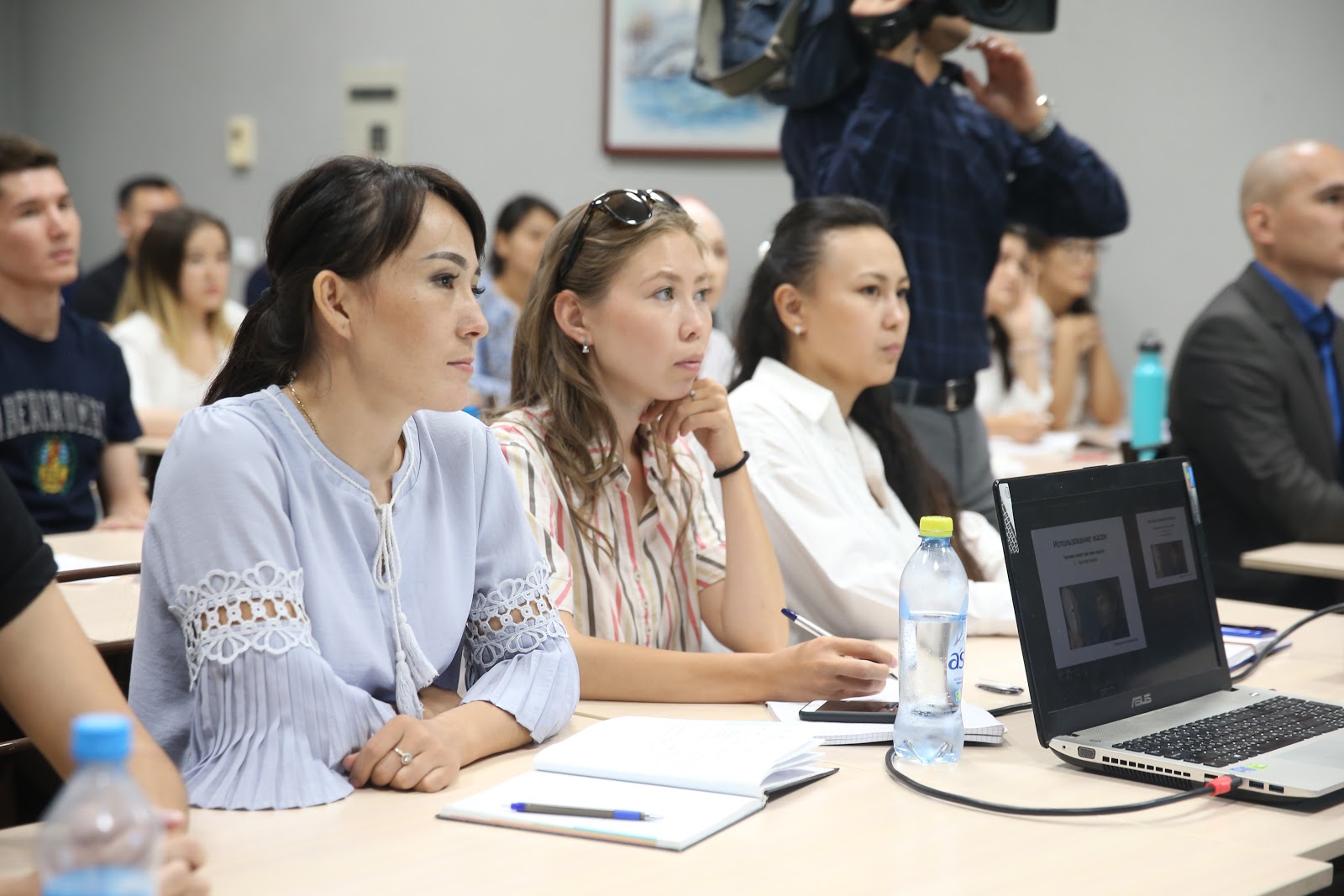 In order to involve unemployed, low-income, large families, youth in productive employment, a quota for these categories of citizens of 5 thousand microloans is provided. 10 billion tenge is provided for the development of entrepreneurship among women. 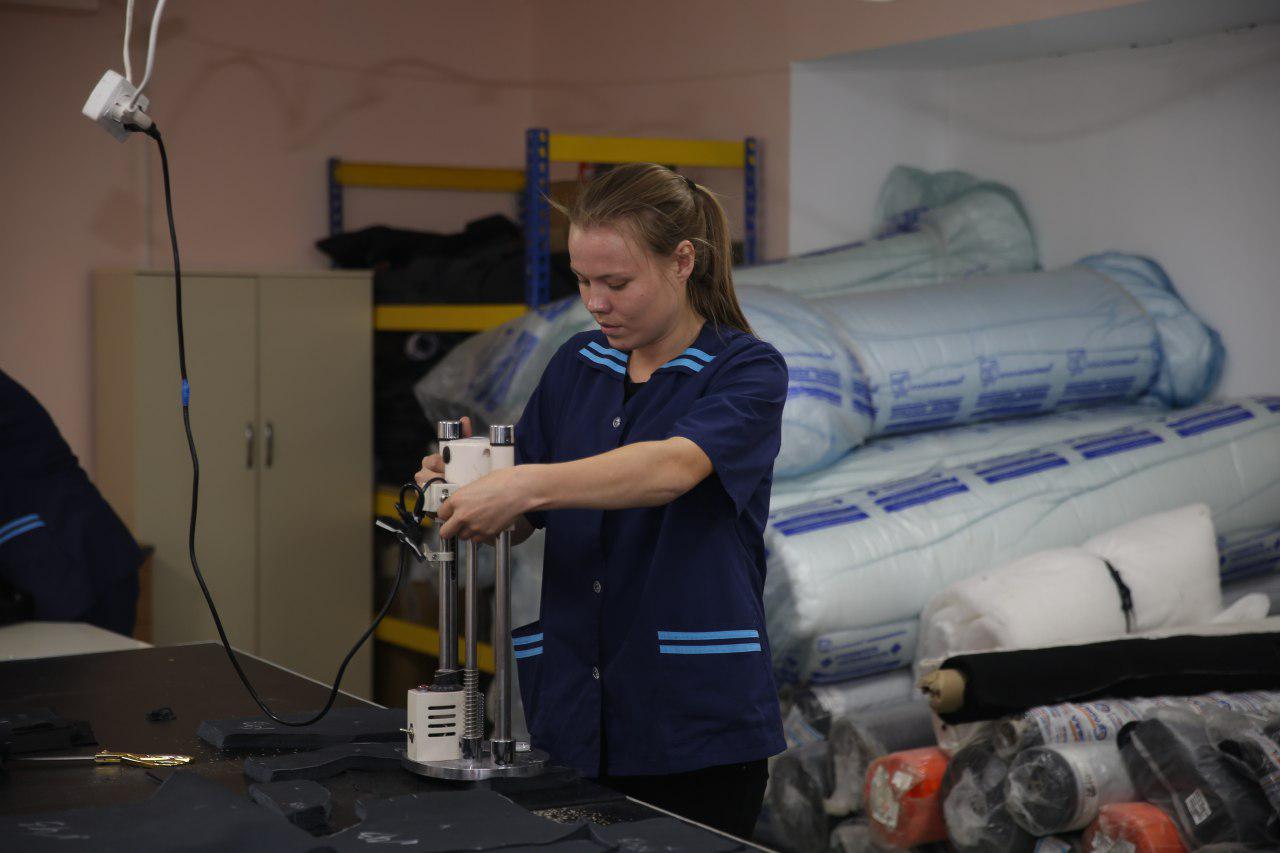 For members of large and low-income families, it is envisaged to provide microcredits on preferential terms with an interest rate of not more than 4% per annum for up to 7 years.

The Enbek state program has good tools for the development of mass entrepreneurship in the form of grants. In addition, it provides training on the basics of entrepreneurship as part of the Bastau Business project.

In all regions of Kazakhstan, there are many examples where responsible and hardworking citizens, having received real help thanks to TSA and as part of the state program, were able to not only improve the financial situation of their families, but also create their own businesses. 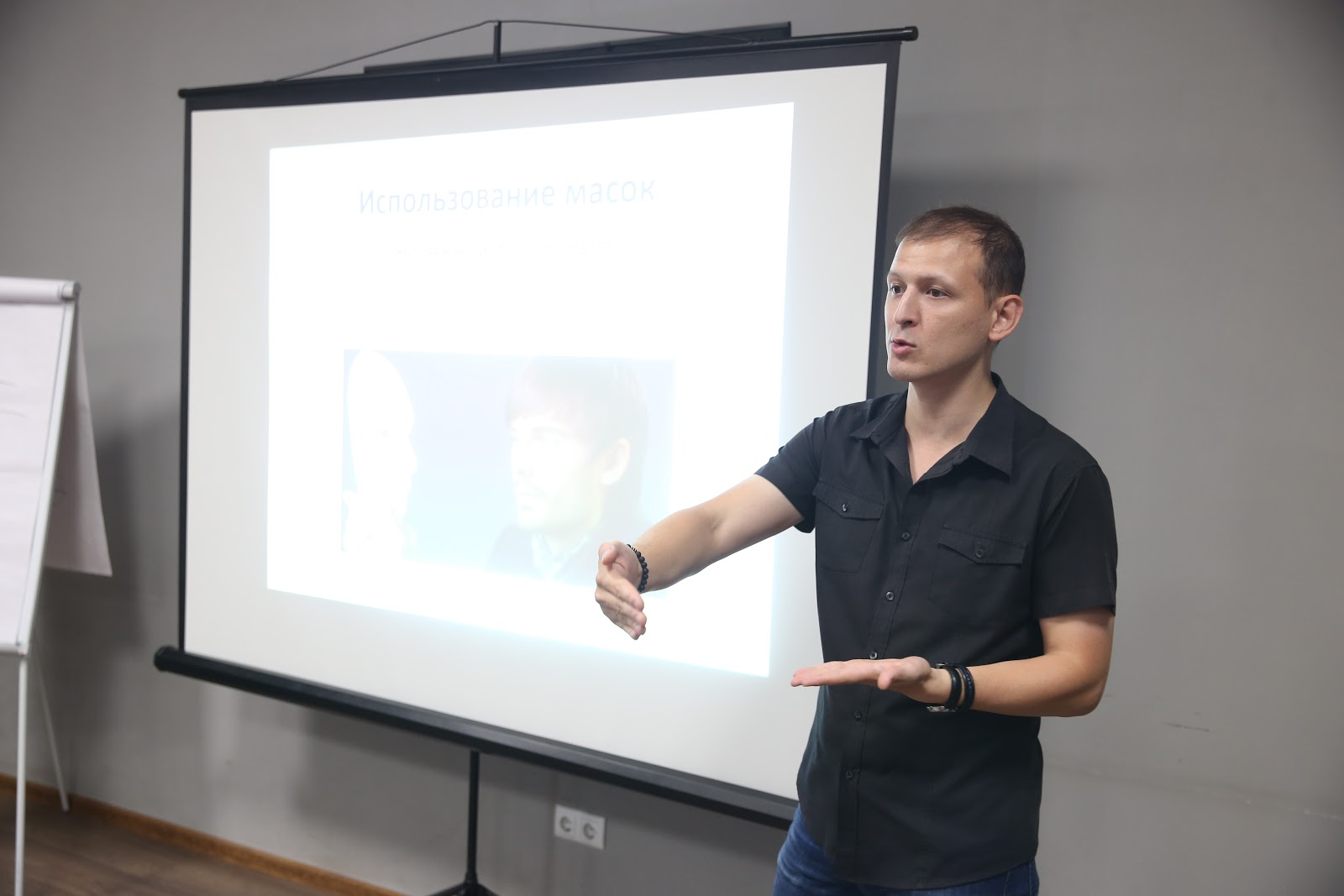 A mother of many children from the Kostanay region Zhanar Kuzhenova rented a small beauty studio on the outskirts of the Denisovka district center with funds received from the appointment of TSA. Kuzhenova believes that having your own business is better than constantly receiving social assistance from the state.

In the first quarter of 2019, Zhanar Kuzhenova was on leave to care for a child under 3 years old. Spouse worked informally with private individuals. The family had an income below the poverty line (per capita income of 8,772 tenge per person), therefore, from April 2019, they were assigned targeted social assistance in the amount of 110 thousand 157 tenge per month, for a total of 1 million 321 thousand 884 tenge.

The recipient of targeted social assistance from the village of Arbuzinka, Sandyktau district, Akmola region, M. Askhabova was engaged in cattle breeding. Askhabova is the holder of the Kumіs Alqa honorary title. A woman knows firsthand how difficult it is to raise six children. The head of the family is a combine operator, she is a housewife. She spends all her free time raising children. The family took a loan in the amount of 3 million tenge under the Employment Roadmap program. With this money, a barn was built, with 8 milk cows a day a woman passes 25-30 liters of milk. On average, 600 liters of milk are released per month. 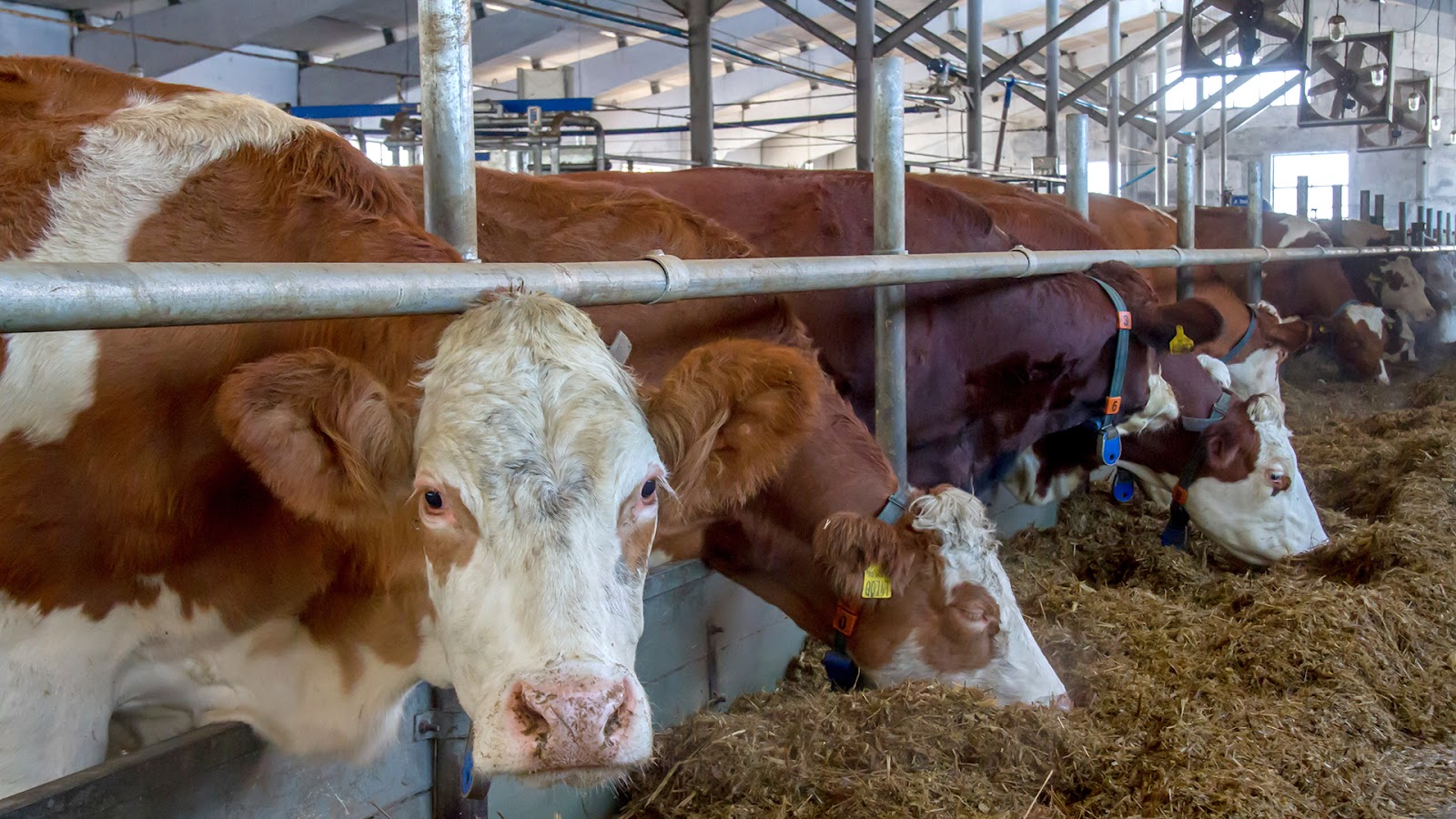 It is worth noting that targeted social assistance makes it possible to improve the living conditions of large families, many of the recipients take short-term retraining courses at the expense of the state.

So, a large family from the Munailinsky district of the Mangystau region, after the appointment of targeted social assistance, has left the category of families living below the poverty line and is preparing to open its own business for organizing passenger transportation.

B. Kenzheev used to work as a bus driver for hire, and his wife Rabiga Duysenova helped her husband as a conductor. Prior to applying for the targeted social assistance, their family of seven did not even have their own housing, they could only afford to rent a temporary hut. Since April 2019 began to receive the targeted social assistance, improved living conditions, completed the construction of the house. 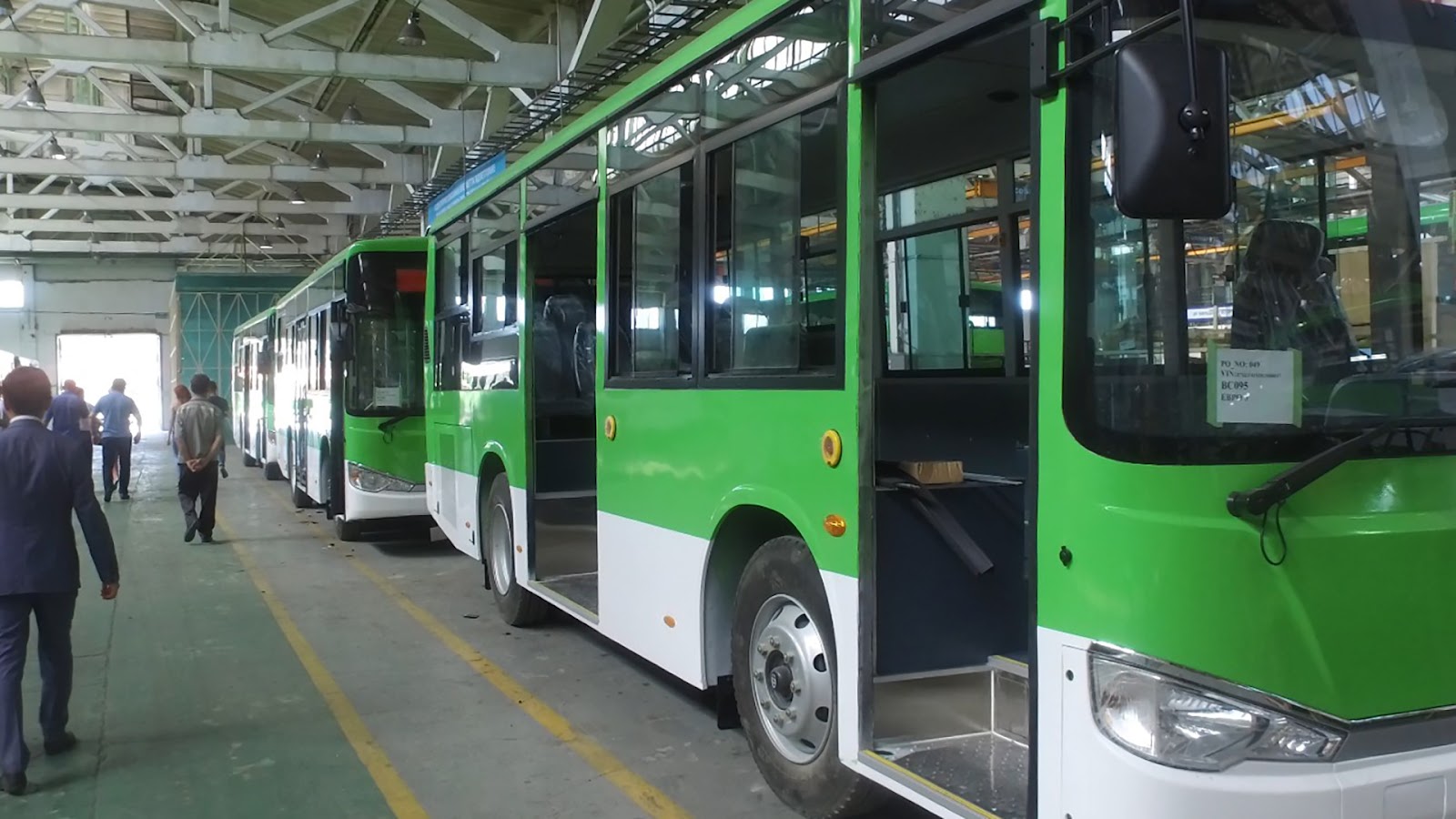 To open their own business, the family applied for a loan under the Enbek state program. The spouses have prepared a business plan for organizing passenger transportation within the district and will soon receive money for the purchase of their own bus.

A similar example is in the city of Zhanaozen, where a mother of four children of N. Nazarova, after receiving a state grant in the amount of 505 thousand tenge, opened a sewing workshop at home. In Kordaysky district, where a mother of five children M. Choraeva received a state grant and opened a beauty salon, after attending short-term courses in the profession of a hairdresser. 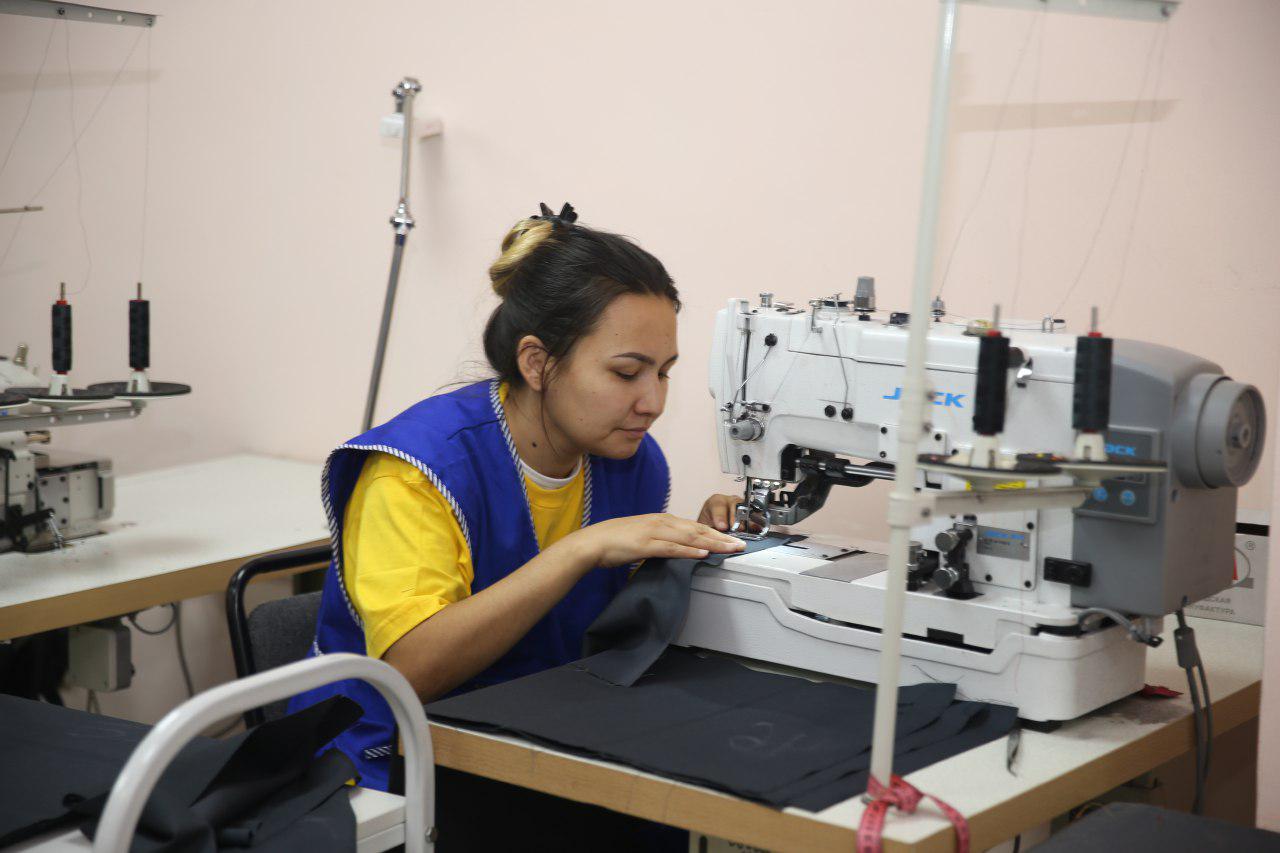 The targeted social assistance is targeted assistance that is provided exclusively to low-income families in the form of cash payments and assistance in overcoming the family from a difficult life situation through referral to training, employment and support in starting their own business.

In 2019, the subsistence minimum was set at 29,698 tenge, and the threshold criterion for the appointment of the assistance was increased from 50 to 70% of the PM, i.e. the right to receive social assistance are families where the average per capita income is below 20,789 tenge. The targetes social assistance is designated as the difference between SDA and the poverty line, but at the same time, children receive the full amount of 70% of the subsistence level (20,789 tenge). 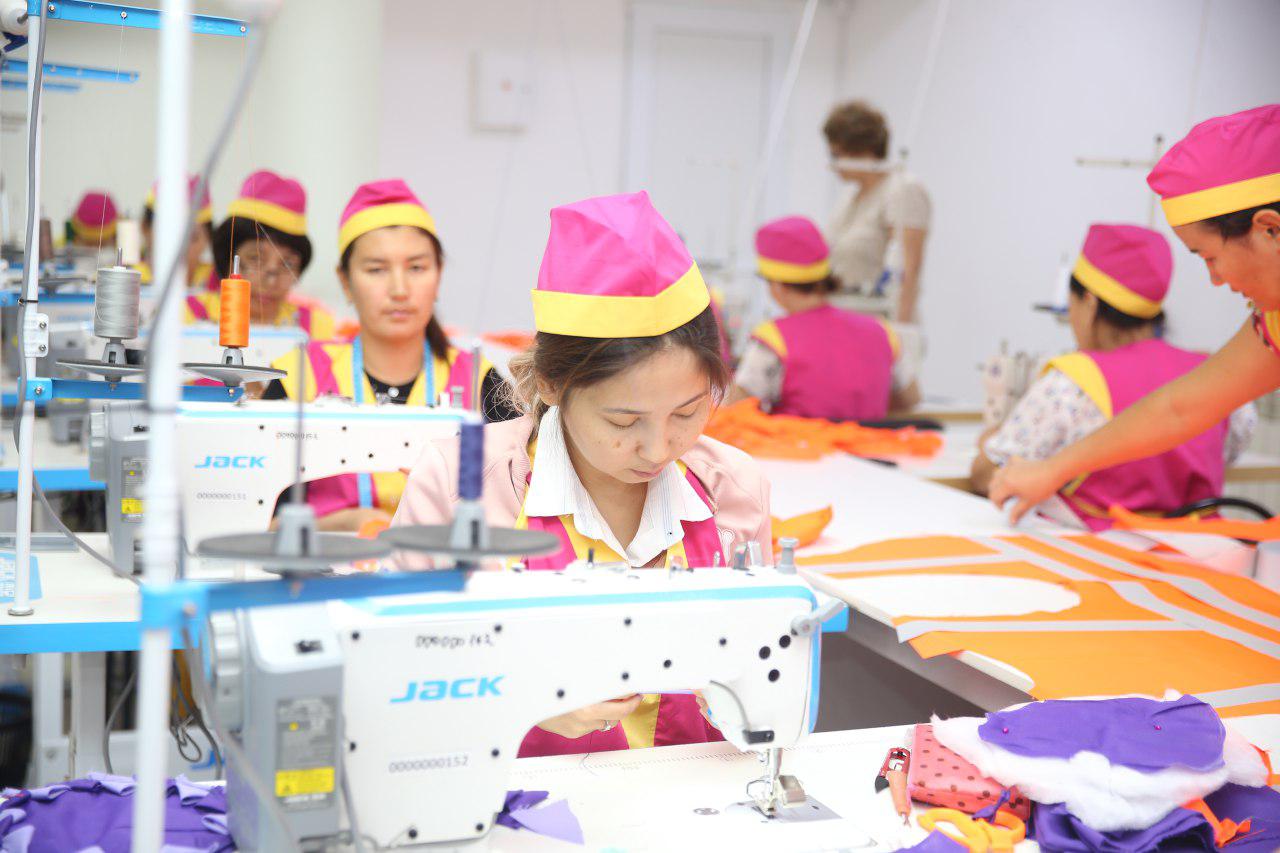 For the nine months of this year, 417 thousand families or 2.1 million people were assigned the targeted social assistance. The average size of the assistance per person increased by 2.5 times, from 6,848 tenge to 16,446 tenge. On average, 90 thousand tenge goes to a family, the maximum amount assigned per month is 455 thousand tenge. In total, 206.2 billion tenge is provided for the assistance this year, of which 146.4 billion tenge have already been paid. 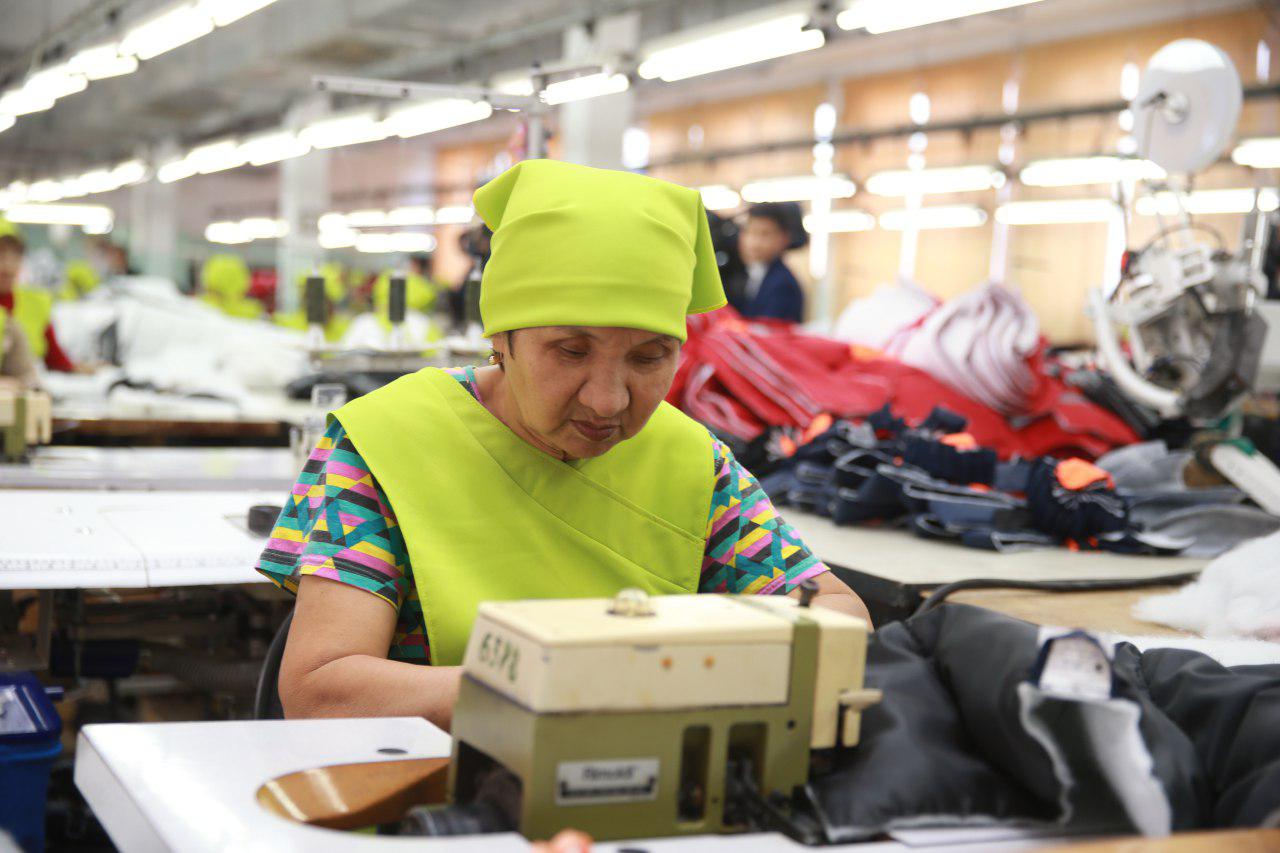 In order to prevent possible violations, some procedures and conditions for obtaining targeted social assistance will be changed.

All able-bodied members of families receiving the targeted social assistance must work. For their employment, all mechanisms of the Enbek State Program for the Development of Productive Employment and Mass Entrepreneurship will be used.

In the new mechanisms for providing the assistance, special attention will be paid to supporting children from low-income families, for whom from Jan. 1, 2020, it is proposed to introduce a guaranteed social package.

For preschool children, baby food, hygiene products, and educational services will be provided. For schoolchildren, hot meals are provided in schools, the purchase of school clothes and accessories, reimbursement of travel expenses, and medical care.

Along with the above measures of social support, low-income families with children will be assisted in acquiring skills in running a home business. 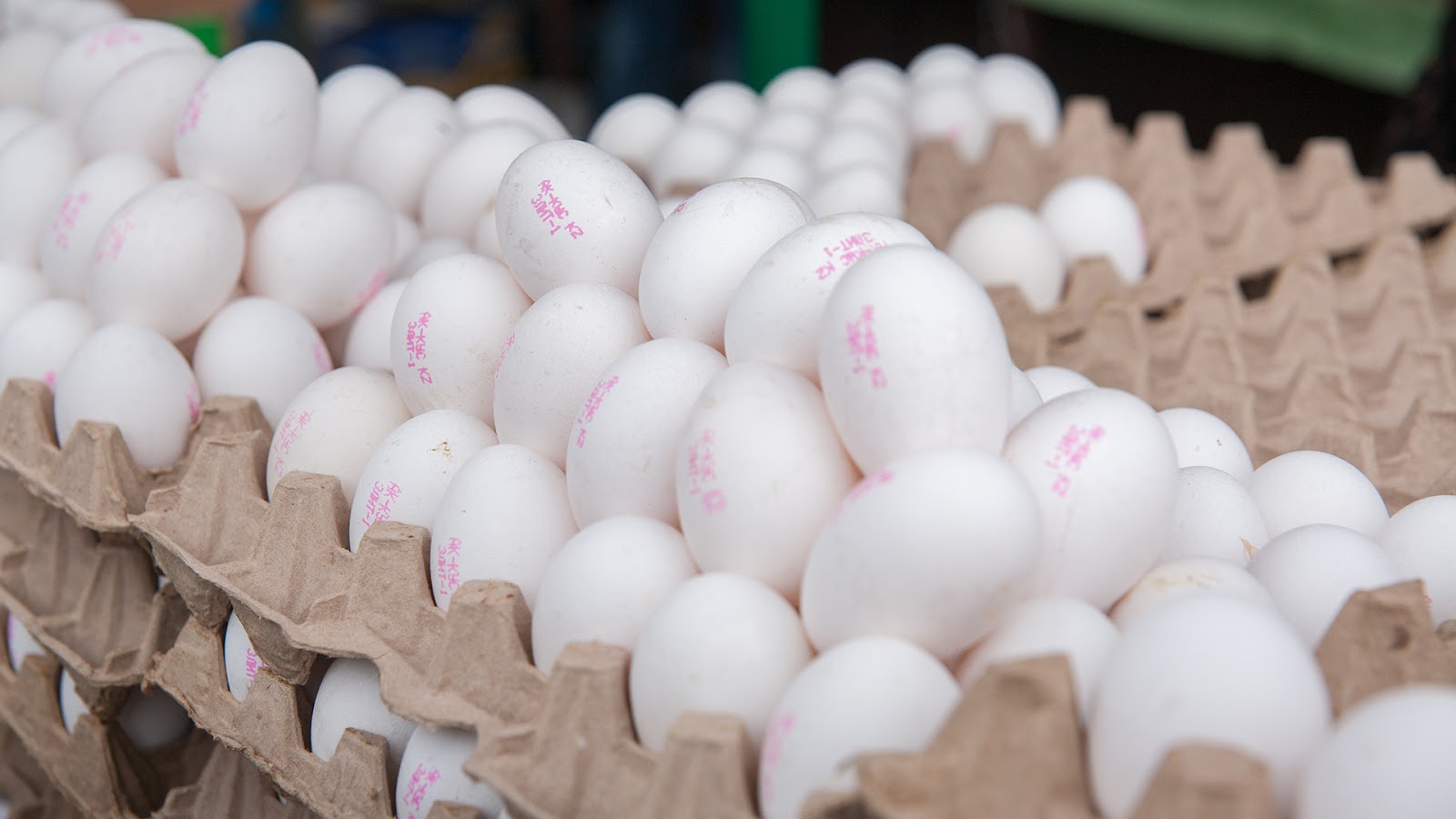 In all eight districts of Almaty, NGOs created the Baqytty Otbasy centers, where there are all conditions to keep children busy while their mothers are being trained. After completing the courses, women will be given irrevocable grants to purchase the necessary equipment. This experience is planned to be distributed in all regions. The Menin Kusibim project has also already been launched, within the framework of which, with the support of akimats, mothers and children will be helped by mothers with children to do small home businesses. 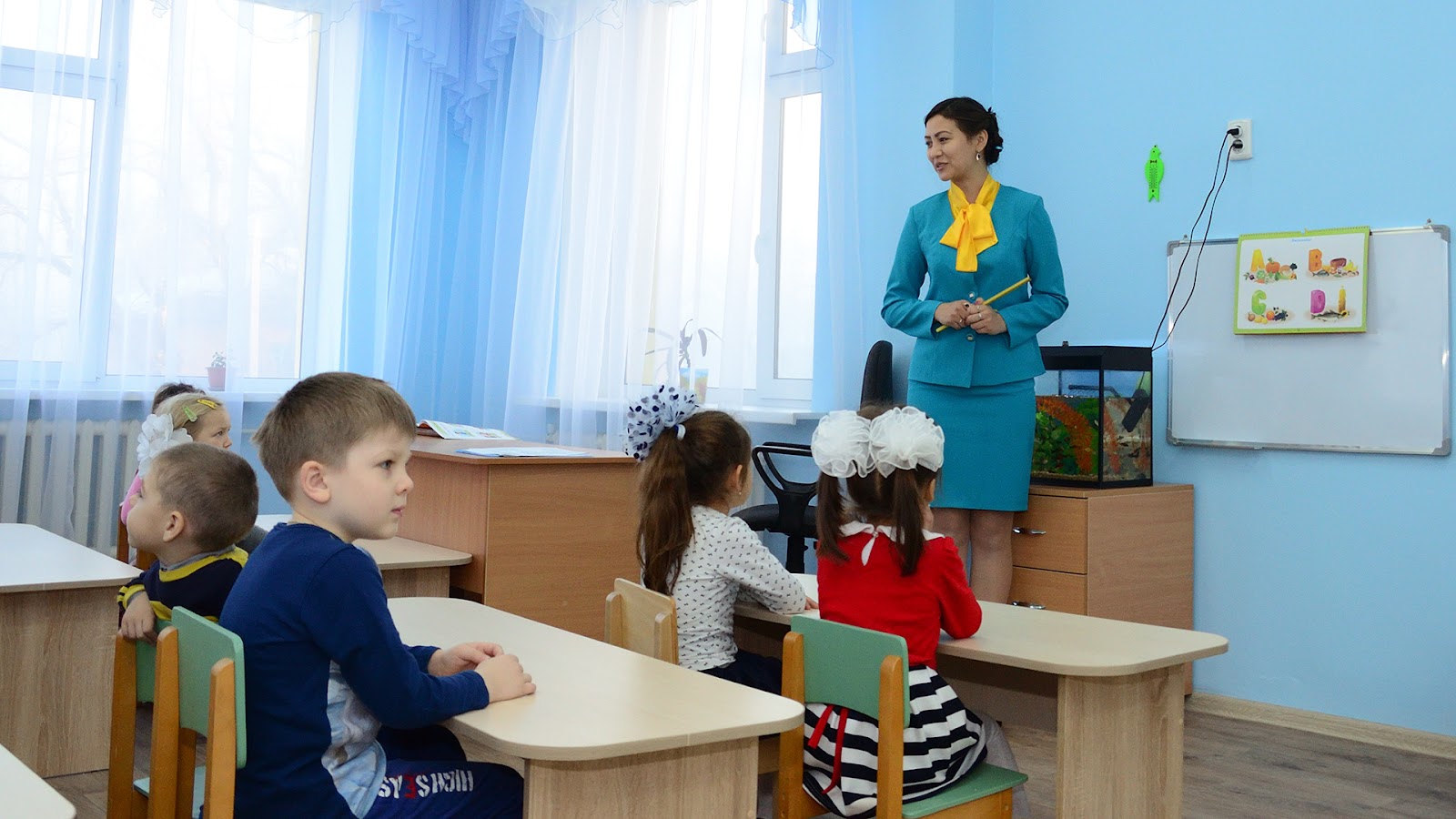 The Menin Kusibim project is aimed at providing support measures to low-income, large families and people raising children with disabilities in developing entrepreneurial skills and starting their own business.

The author of the project will provide assistance in running a home business to needy citizens by providing the necessary inventory, equipment and materials.

A similar project in pilot mode was successfully implemented in the Mangistau region, where about 250 people were trained in the basic skills of doing private business and started their own business.

In the future, memoranda on the implementation of the Menin Kasibim project will be concluded with akimats of all regions. 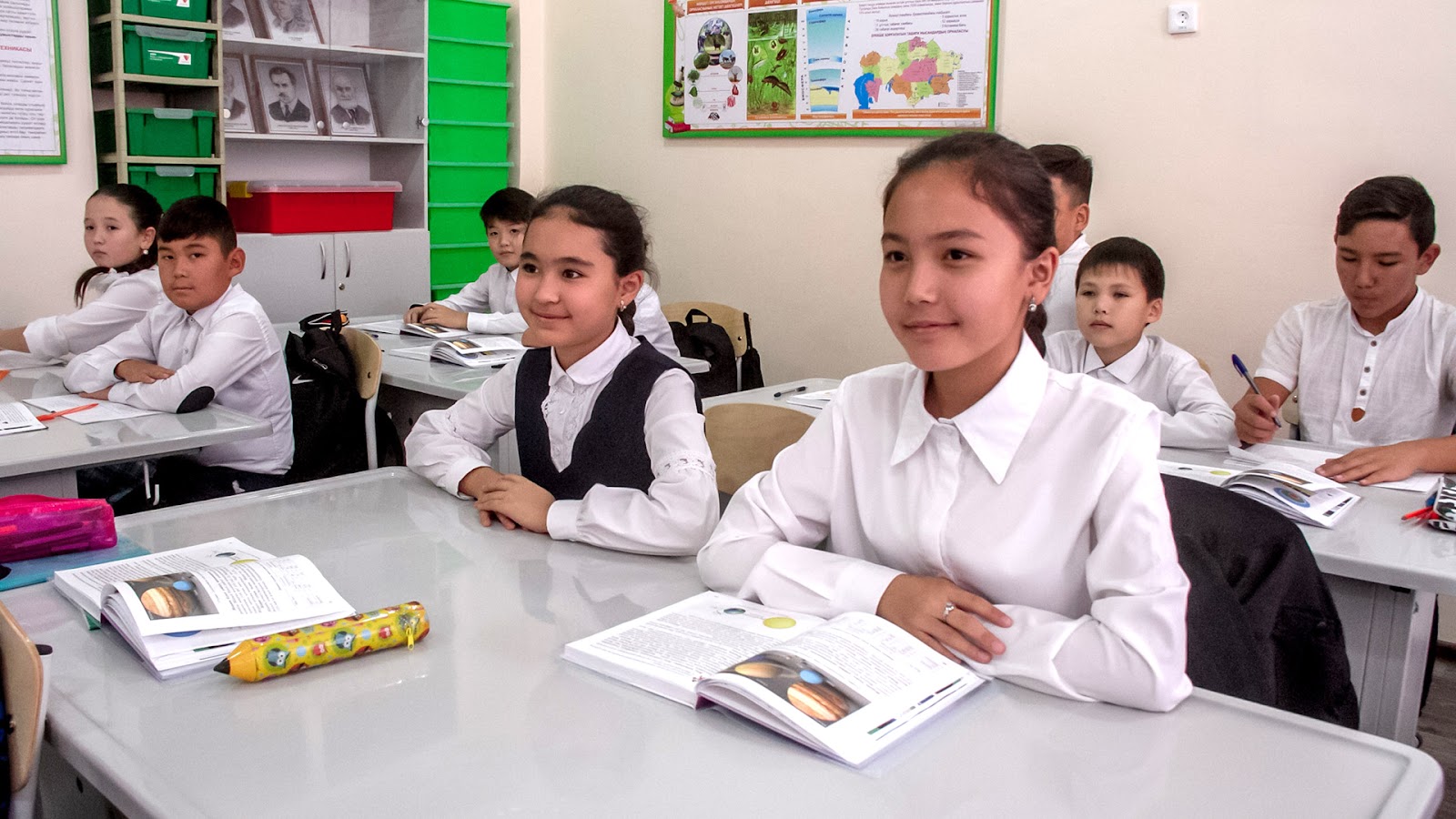 Recall that the ministry has social cards for each family, which allow you to more accurately determine and track their actual status on the basis of automated data from government information systems. In the future, this information is used to organize social assistance and employment of family members who find themselves in a difficult life situation.