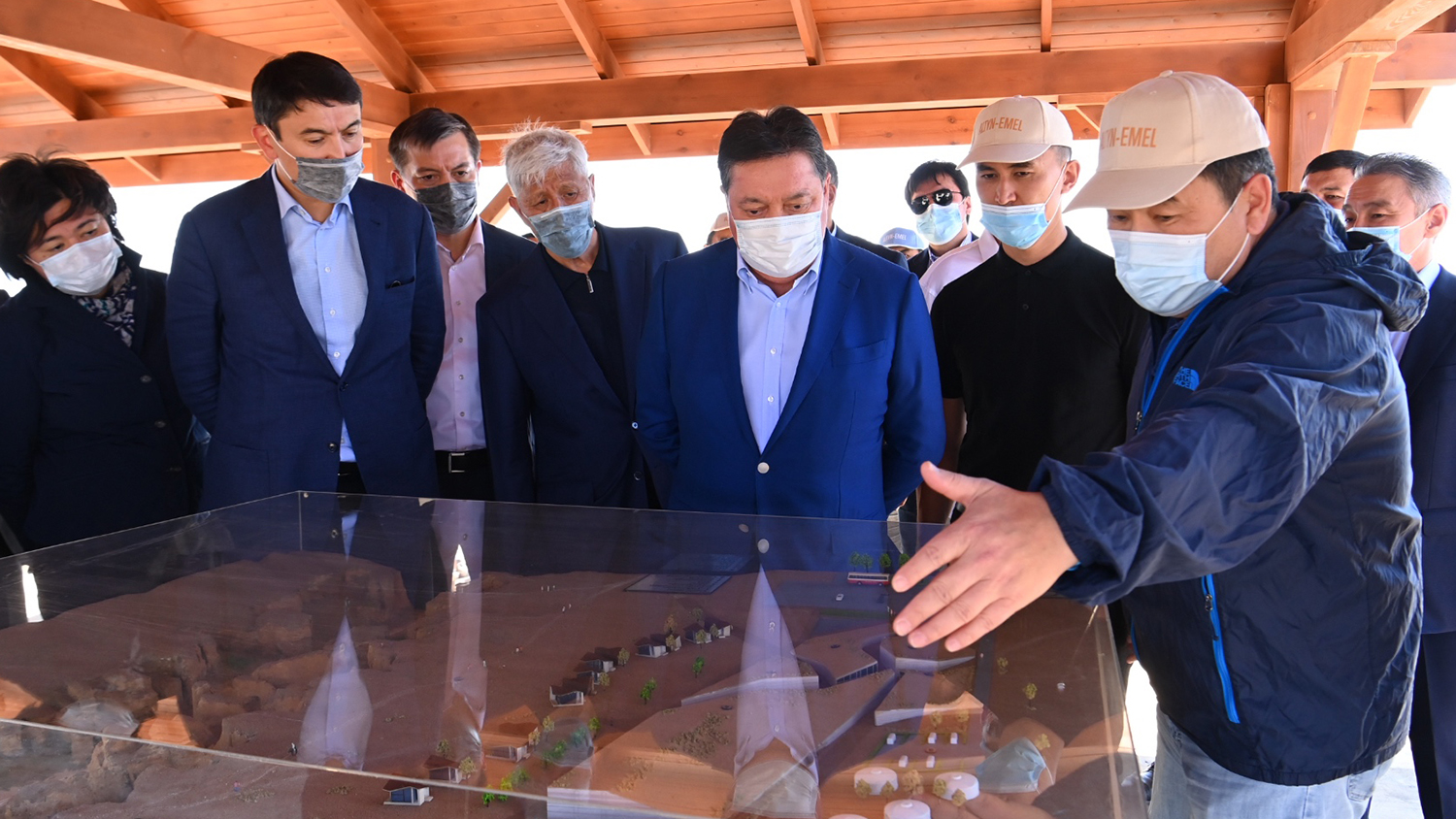 Within the framework of his trip to Almaty region, Prime Minister Askar Mamin inspected the development of agro-industrial complex, transport and logistics, pharmaceutical, tourist and other sectors of region's economy, as well as launched the implementation of new investment projects.

In the Bereke industrial zone, Ili region, the Head of the Government launched the construction of the infrastructure of the export fruit and berry cluster of FRUIT ART LLP. 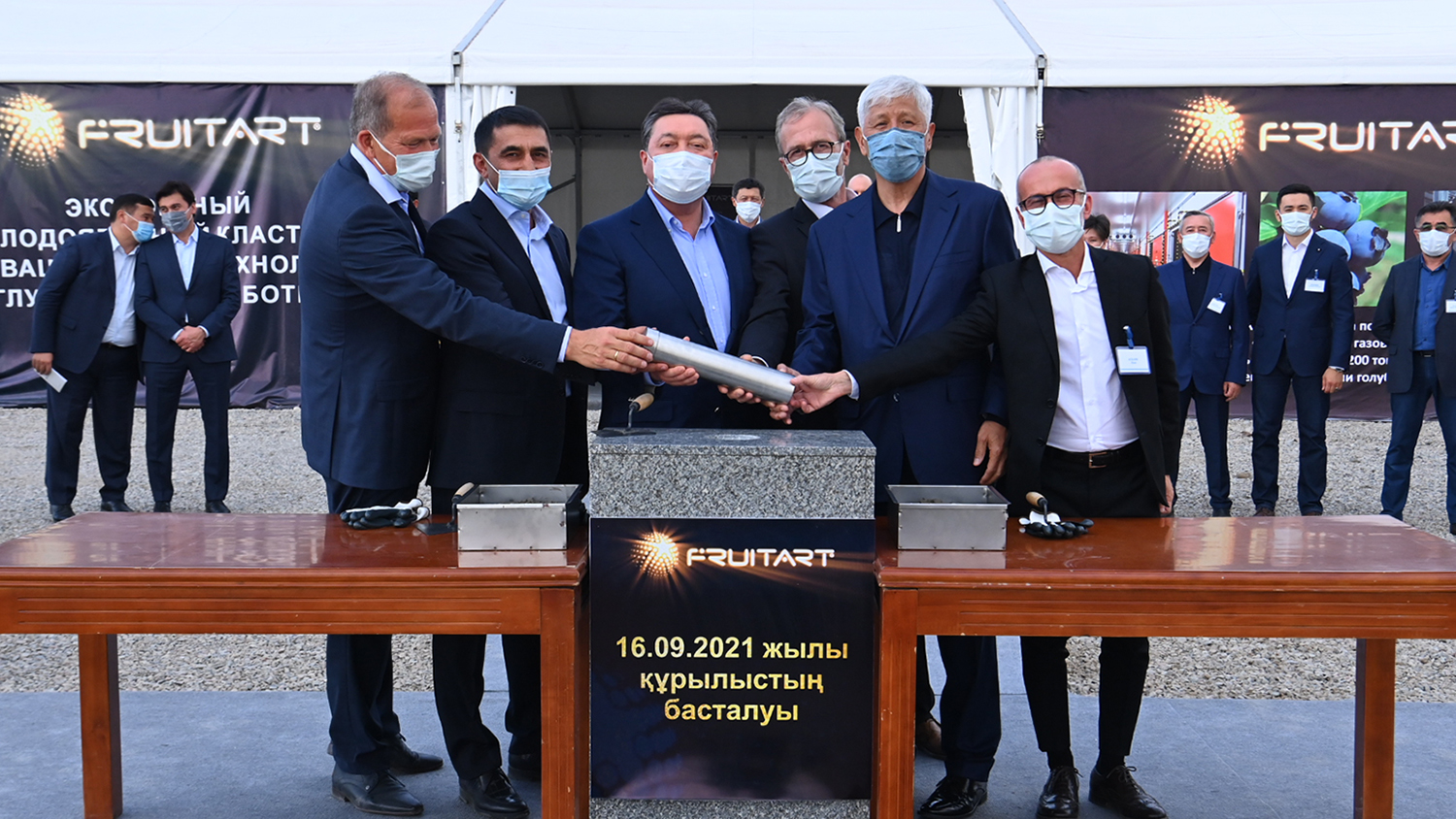 The enterprise will include a fruit storage with a capacity of 15 thousand tons of products with a controlled atmosphere, a freeze drying plant for fruits and berries with a processing capacity of 200 tons of raw materials per day, as well as a greenhouse complex for year-round cultivation of 1,800 tons of strawberries and 900 tons of salads per year on an area of ​​9 hectares. The total volume of investments at the first stage will amount to 34 billion tenge, commissioning is scheduled for 2022. Production and processing of products will be carried out using innovative technologies from the EU and the United States. 500 permanent and 7,500 seasonal jobs will be created. The implementation of the project will reduce the country's dependence on imports for apples by 5%, for berries by 100%. Along with deliveries to the domestic market, the company's products will be exported abroad, incl. to the countries of the European Union.

In Kapshagay, the Head of Government inspected the progress of the project for the construction of a fishing complex of Ospanova Development LLP for the cultivation of sea fish. The design capacity is up to 10 thousand tons of fish per year. The cost of the project is 67.3 billion tenge, the implementation period for the first stage is 2022.

The Prime Minister was informed about the plans for the development of the sugar industry in the Almaty region for the period until 2025. Due to the expansion of irrigated land, the sown area of ​​sugar beet will be increased 3.3 times to 53 thousand hectares. The use of water-saving technologies will ensure the growth of the gross harvest by 3.6 times to 2 million tons. 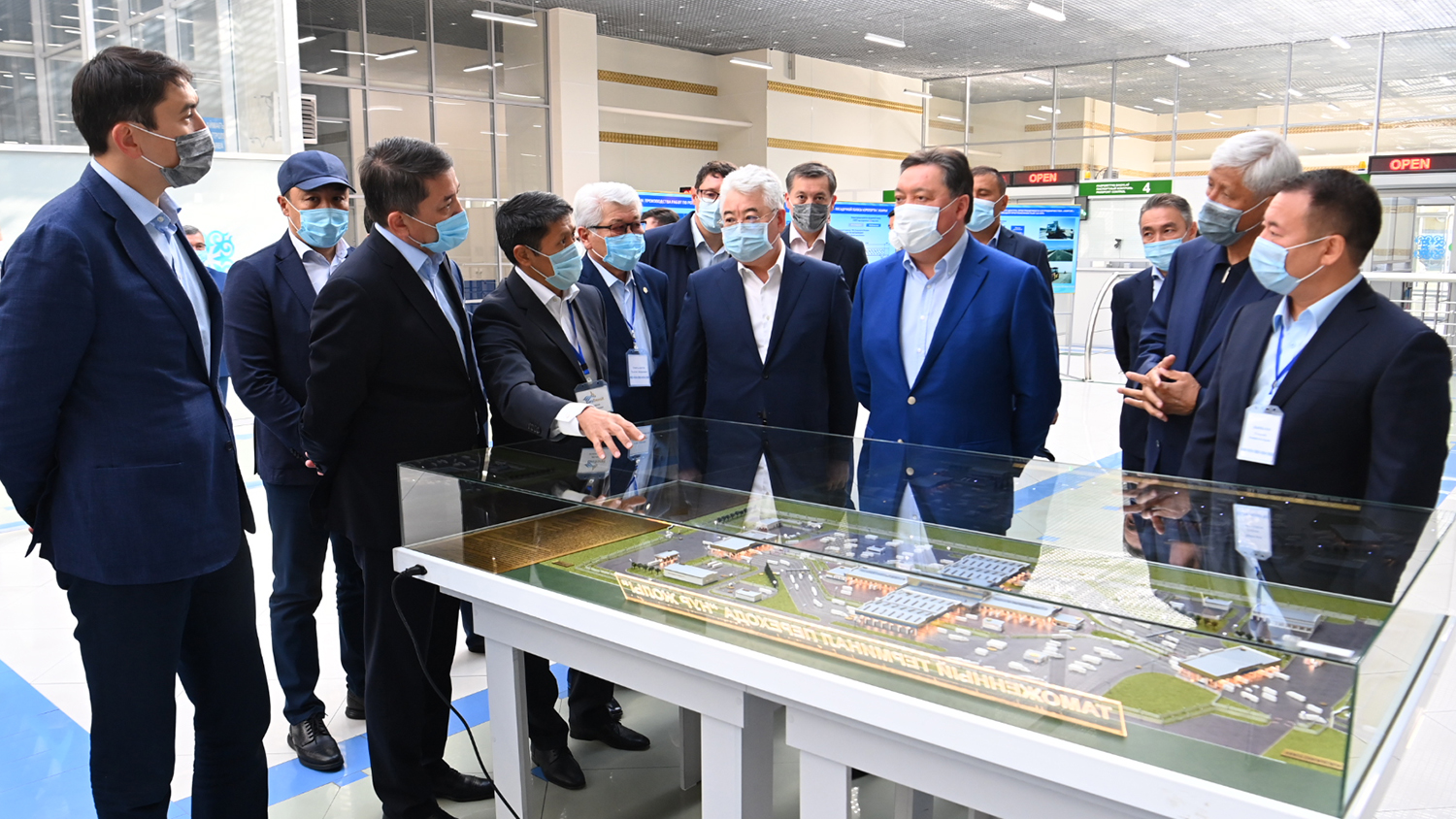 In the Panfilov region, the Prime Minister visited the Nur Zholy checkpoint on the Kazakh-Chinese border, got acquainted with the development of the transport and logistics infrastructure of the Khorgos - Eastern Gate FEZ, the activities of the Dry Port operator, the functioning of the Bond warehouse of Kazpost JSC, as well as promising investment projects of FEZ. 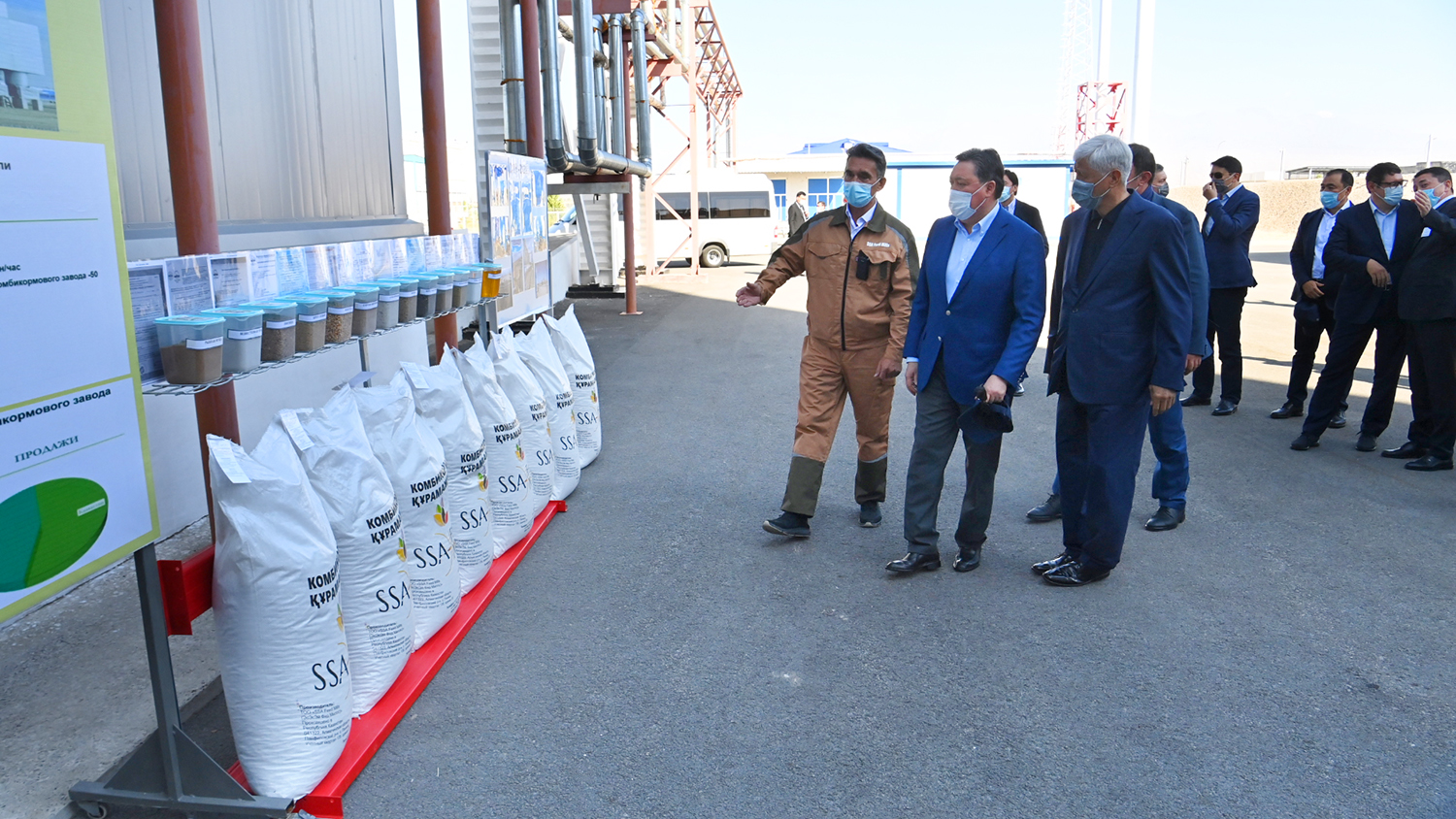 Mamin launched the SSA Feed Mills feed mill with a production capacity of 60 thousand tons of feed per year. The cost of the project is 4.7 billion tenge. 55% of products will be sent to the domestic market, 45% — exported abroad.

In Abay village, Karasay region, the Prime Minister got acquainted with the project of LLP NPP Antigen for the production of immunobiological drugs. At the site of the enterprise, a line for bottling up to 1 million doses of QazVaq vaccine per month has also been organized in accordance with international standards. 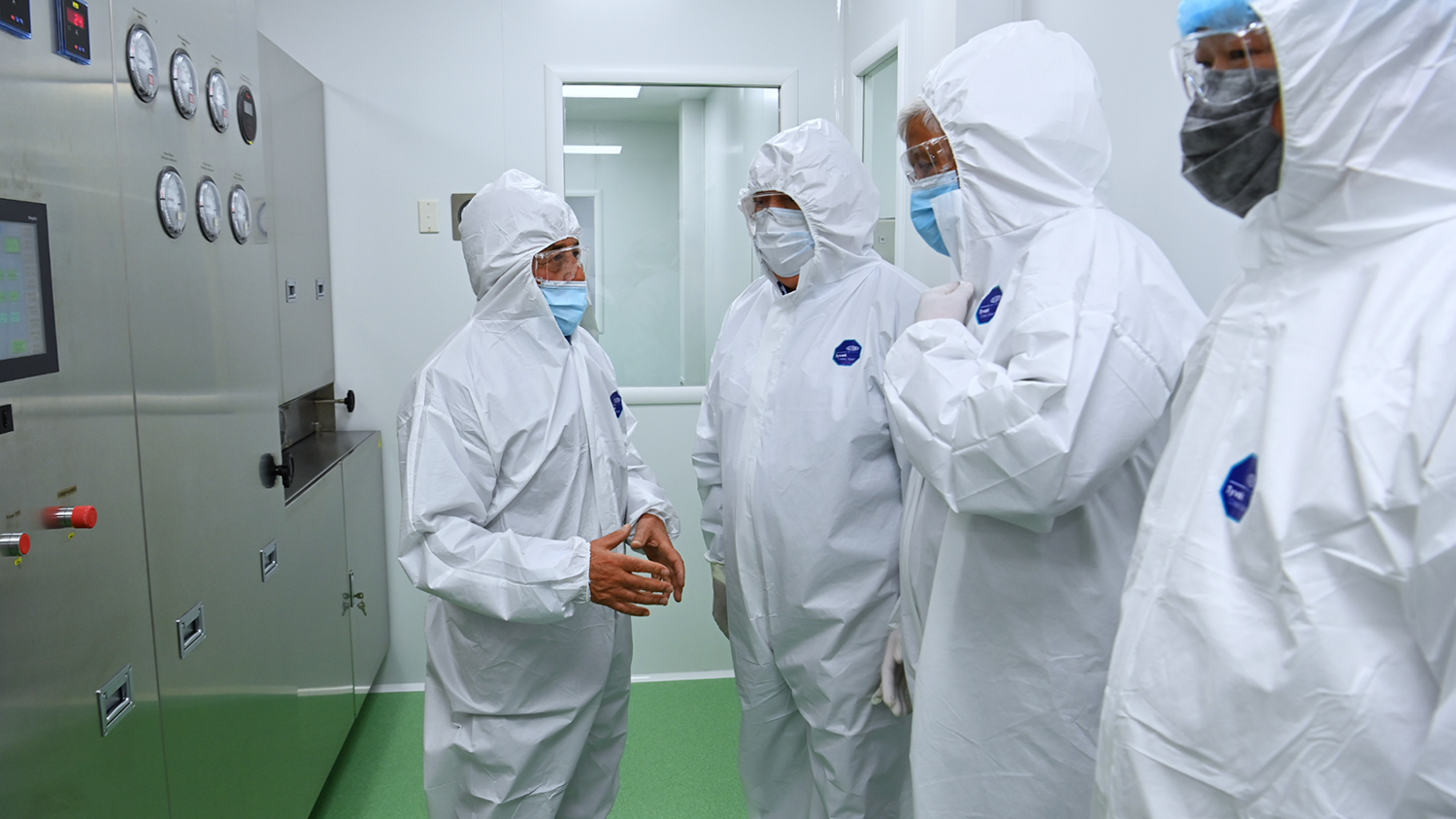 During his visit to the state national natural parks Kulsay Kulderi and Altyn Emel, the Prime Minister was reported on measures to develop tourism in the Almaty region.

For 8 months of this year ensured growth in all major sectors of the economy of the Almaty region, incl. in industry by 13.8%, in agriculture — by 1.1%. The volume of construction increased by 16.6% compared to the same period last year. 663.5 thousand square meters of housing were commissioned. The region attracted 369.9 billion tenge of investments (+ 2.3%).