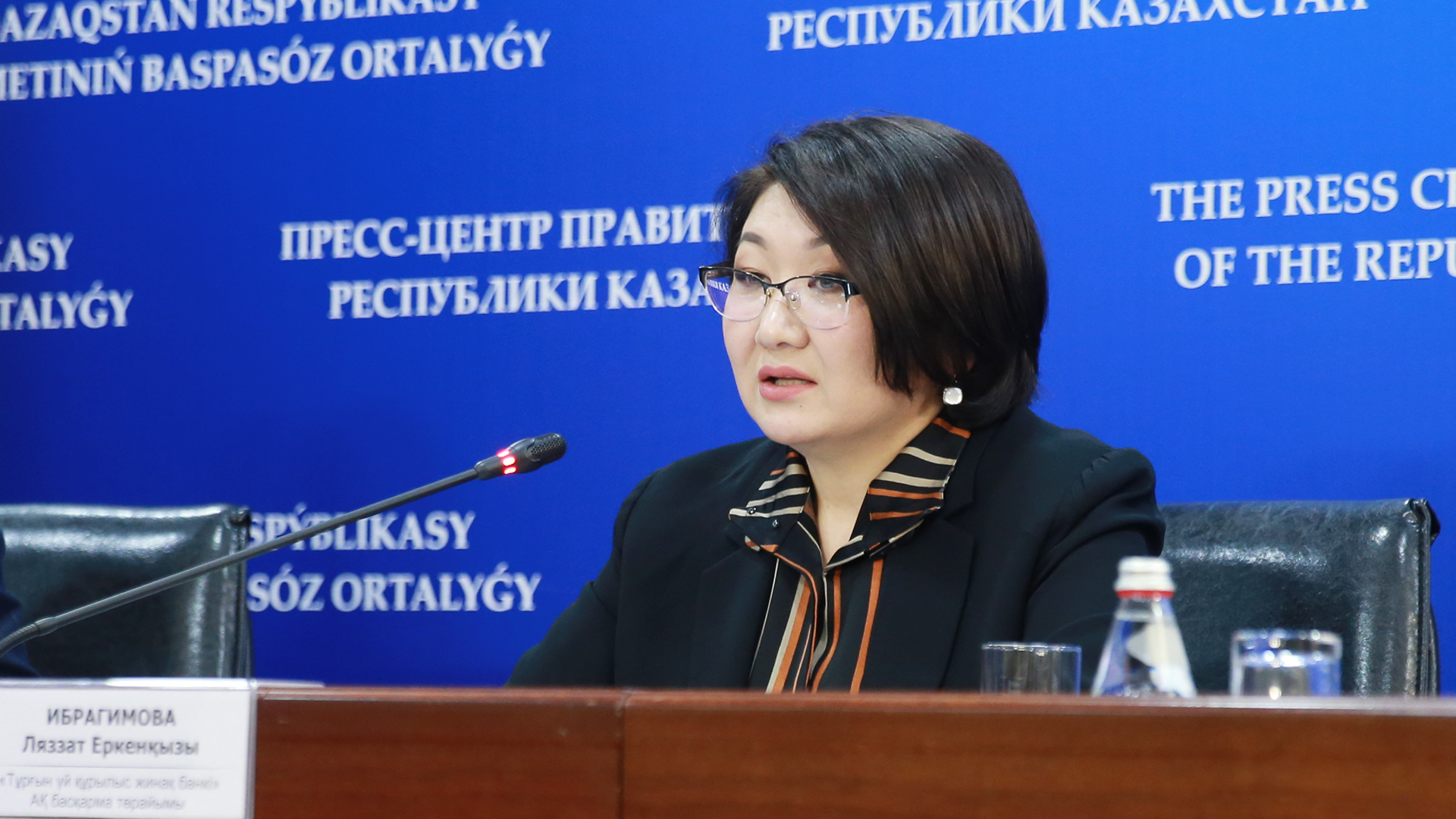 Today, at the press conference in the government’s press center, First Vice Minister of Industry and Infrastructure Development Kairbek Uskenbayev and Chairman of the Board of JSC Housing Construction Savings Bank of Kazakhstan Lyazzat Ibragimova spoke about the criteria and conditions of the new 5-20-25 housing program.

First Vice Minister of Industry and Infrastructure Development Kairbek Uskenbayev said that the 5-20-25 program involves a mortgage loan for 25 years with a 20% down payment at 5% per annum. Military personnel, civil servants and public sector employees can apply for housing under this program.

“Each waiting list is divided into categories: large families, orphans, parents of children with disabilities, civil servants, state employees and others. But it is not possible to judge by categories whether people really need it or not. Civil servants are civil servants. Therefore, we decided to distinguish between the waiting lists by income,” Uskenbayev said.

So, for the category with an income of up to 3.1 living wages — 92 thousand tenge per family member — the mechanism already implemented by the Housing Construction Savings Bank is being proposed — loan housing of akimats under the 5-20-25 program.

“People who have higher incomes should participate either in 7-20-25 or in the programs of second-tier banks,” the vice minister explained.

Ibragimova spoke in more detail about the conditions for participation in this housing program.

“In fact, the formula ‘5-20-25’ has been in force since December 2016. We, as Housing Construction Savings Bank, according to this formula, with a 20% down payment, issue loans at a rate of 5% per annum. Over the entire period of the program, we issued 19,800 loans totaling 150 billion tenge. At the same time, 93 billion tenge was allocated to us from the budget. 57 billion were returnable resources or the resources of those people who have accumulated 50% of the cost of housing,” she said.

Criteria for participation in the program:

“This will be a continuation of the same tool that has proven itself very well. Today at a government meeting, an additional allocation of 14 billion tenge was considered. Demand is very large. This program is being implemented successfully. Over the past year alone, we have issued 6,913 loans and will continue now,” Ibragimova said.

“It is clear that our construction companies are arguing that during this time there has been a rise in price of many building materials that affect the volume of construction. However, the whole ideology of this mechanism is based on recurrence. That is, local executive bodies take loans, sell bonds and take money from Baiterek NMH JSC at 0.35%, build housing and must return this money within two years. This money is again directed to new construction. It is very important for us that the housing we are building turns around, the money comes back, because the system must have money for new construction. Why do not we increase the cost of construction? Because we proceed from the capabilities of the population,” said the first vice minister.

According to him, if the cost of housing is higher than the average cost (180 thousand tenge — in the cities of Nur-Sultan, Almaty, Shymkent, Aktau, Atyrau, 140 thousand tenge — in other regional centers), then local executive bodies need to provide options for granting subsidies, or covering expenses for other types of work, for example, bringing engineering communications to a house under construction, carrying out beautification, etc.

It should be noted that, according to the Ministry of Industry and Infrastructure Development, within three years 30 thousand loan housing, 21 thousand rental housing will be built in Kazakhstan, 5 thousand houses will be provided under the Baqytty Otbasy program, the quasi-public sector will build about 20 thousand houses.