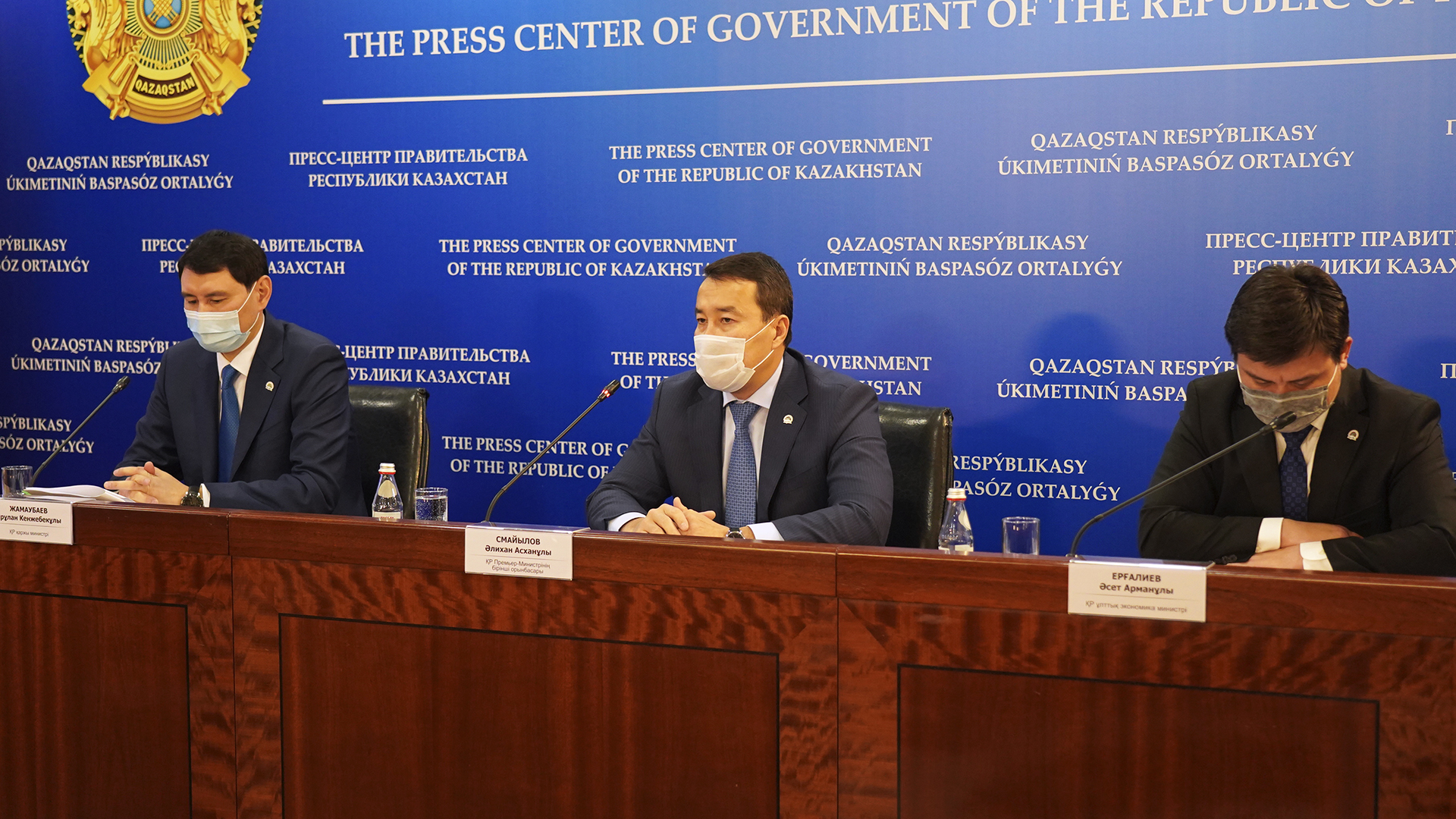 A briefing on implementation of the Address of the Head of State Kassym-Jomart Tokayev to the people of Kazakhstan "Unity of People and Systemic Reforms — Solid Foundation for the Country's Prosperity" was held in the press center of the government. First Deputy Prime Minister Alikhan Smailov, Minister of National Economy Aset Irgaliyev and Minister of Finance Yerulan Zhamaubayev took part in the briefing.

"The Head of State in his Address to the people of Kazakhstan ‘Unity of People and Systemic Reforms — Solid Foundation for the Country's Prosperity’ set specific tasks to ensure high quality economic growth and improve the living standards of the population," said the Deputy Prime Minister Alikhan Smailov.

According to Smailov, the work of the financial and economic block of the Government will be carried out in the following main directions.

In order to implement the instructions of the President to return inflation to the established corridors, the Government adopted a set of anti-inflationary response measures for 2021-2024. This set of measures provides for the implementation of 64 operational and systemic measures aimed at curbing price increases and increasing the availability of socially significant food products.

In 2022, for the development of entrepreneurship, the implementation of the programs Economy of Simple Things and Business Roadmap will continue. In general, the amount of funding is 1 trillion tenge.

In order to reduce the burden on micro and small businesses, a single payment from the wages fund will be introduced. This will simplify the procedure for calculating and paying these payments, as well as reduce the total burden on the wage bill from 34% to 25% from 2023.

Control over the efficiency of government spending and transfers from the National Fund will be strengthened. It is proposed to highlight the following measures as the main approaches to the Concept:

“An action plan is being implemented to counter the shadow economy in terms of increasing budget revenues. The plan provides for measures aimed at stimulating business to get out of the shadows, strengthening the fight against tax evasion and customs payments,” the First Deputy Prime Minister informed.

In addition, as Smailov said, large-scale measures are being taken to remove unnecessary barriers and counter illegal trade.