Which categories of employees will get salary increase in 2020? 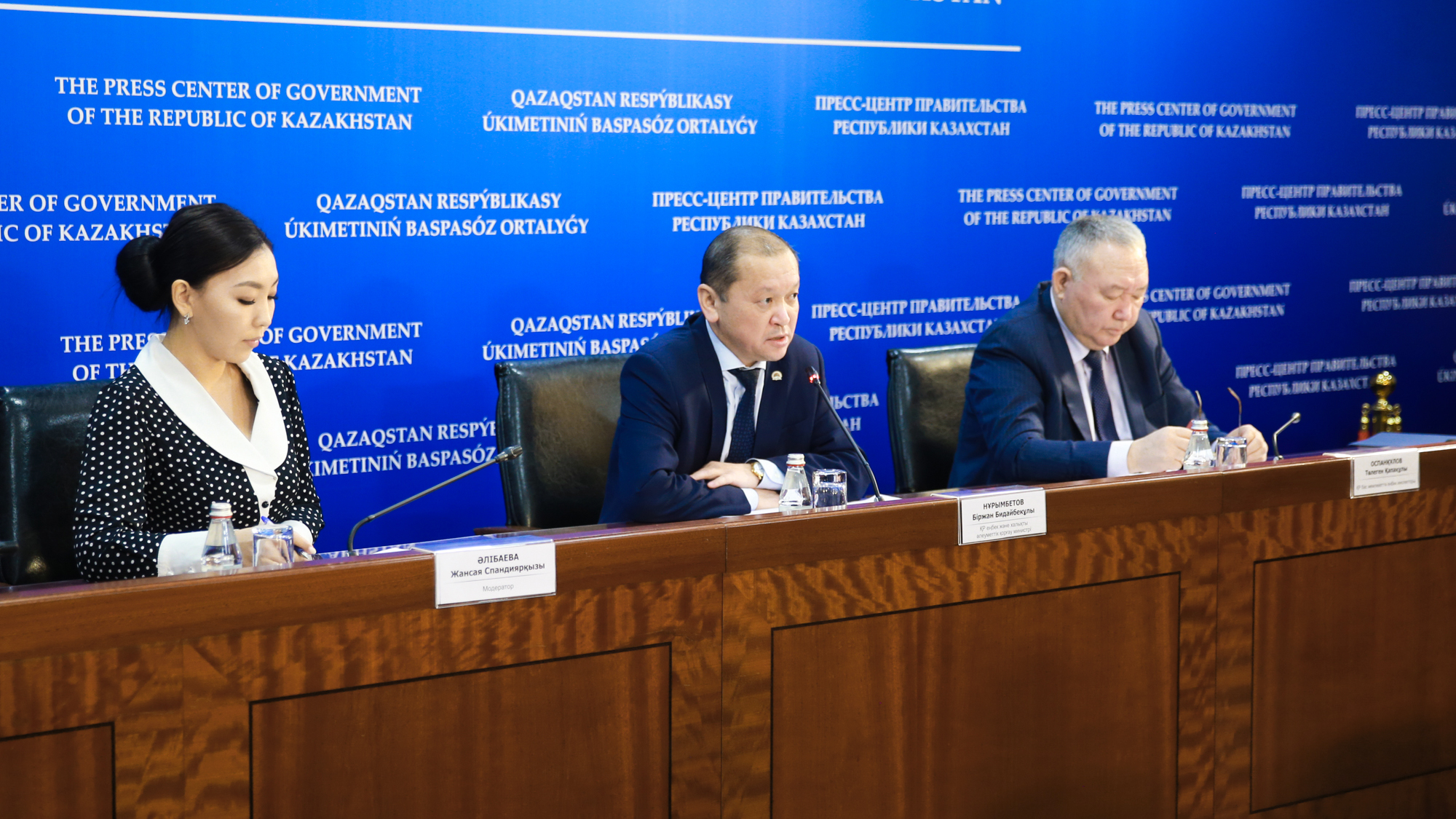 At the press conference in the government, Minister of Labor and Social Protection of the Population Birzhan Nurymbetov spoke about measures to increase wages for low-paid workers.

In general, the government’s main focus is to improve well-being and increase incomes.

“Under the labor legislation in the republic, only the minimum wage is regulated. Everything else is at the discretion of the employer. In accordance with the Address of the First President – Elbasy Nursultan Nazarbayev, “Growing Welfare of Kazakh Citizens: Increasing Income and Quality of Life,” of Jan. 1, 2011, the minimum wage was increased by 1.5 times — from 28,000 tenge to 42,500 tenge. At the same time, from Jan. 1, 2019, the tax burden was reduced by 10 times for those who receive remuneration of no more than 25 times the minimum calculated indicator per month — 63,000 tenge,” Nurymbetov said.

Since the beginning of the year, within the framework of social responsibility, 203 thousand enterprises of the republic have increased the wages of 1.2 million employees by 32% — from 46 thousand tenge to 61 thousand tenge.

The minister also said that in the western regions of the republic there is a problem with the imbalance in wages between Kazakhstani and foreign specialists. Since August 2019, under the auspices of the General Prosecutor's Office, the Labor Inspectorate in order to prevent imbalances in wages between Kazakhstani and foreign workers conducted inspections of 95 enterprises, which attracted more than 30 foreign specialists.

As a result of inspections, 930 facts of violations of labor and migration laws were revealed. At the same time, 474 facts of imbalance in payment and working conditions of local and foreign workers were established at 25 enterprises. In accordance with the legislation, measures were taken against the leaders of these organizations, orders were issued, and fines of 2 million tenge were imposed. Work permits in Kazakhstan were revoked. 393 foreign workers were expelled from the country.

“The State Labor Inspectorate and the prosecutor’s office demand establishing the equality of the salaries of local and foreign workers. Most companies raise salaries for Kazakhstanis, but there are facts when they lower foreigners. That is, it depends on how the employer decides. The main thing is that he must fulfill the requirement — that, with equal posts, equal work and qualifications, wages should be equal,” Nurymbetov said.