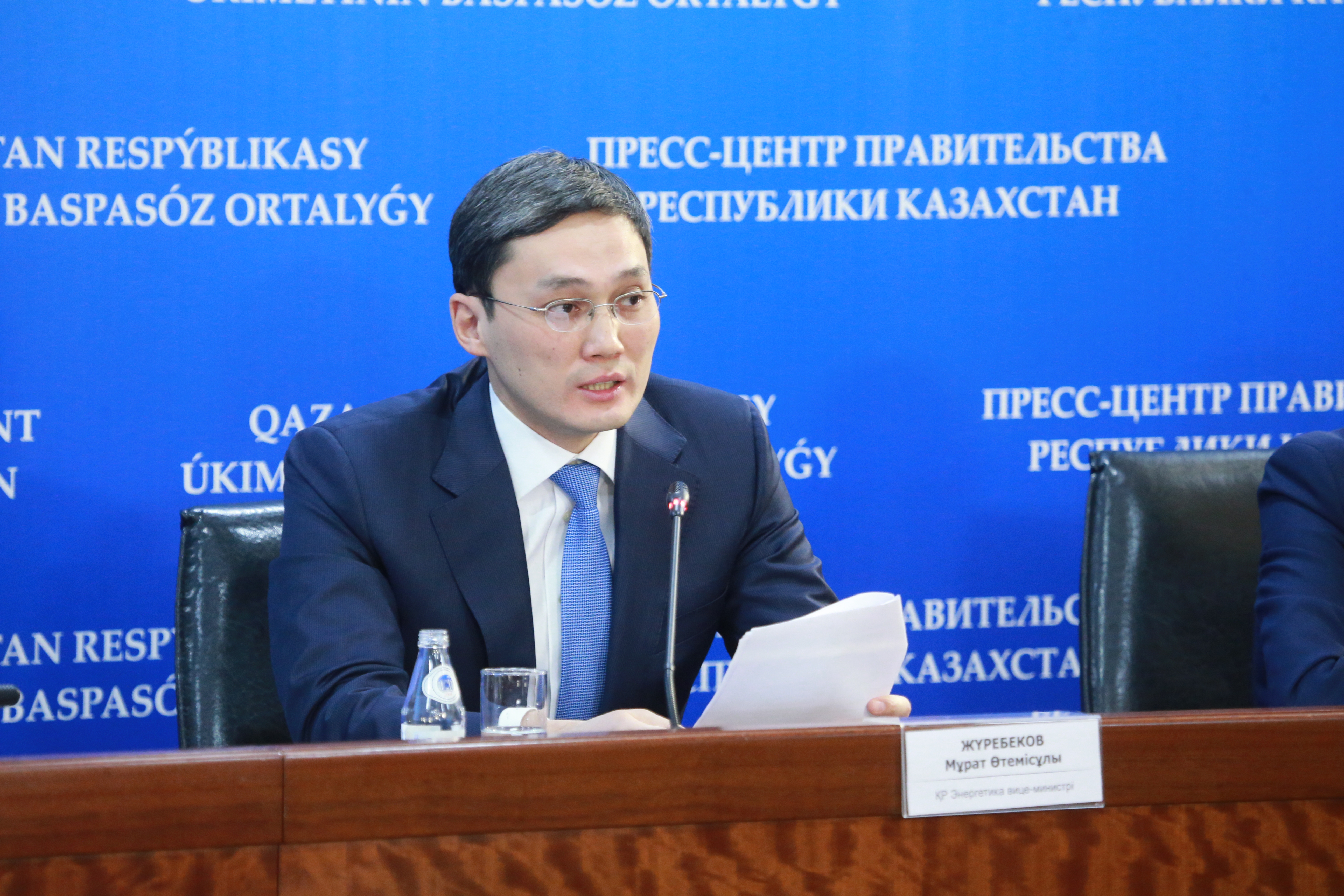 At a press conference in the government, Vice Minister of Energy Murat Zhurebekov spoke about the progress of the project of Saryarka gas pipeline construction along the Kyzylorda – Nur-Sultan route under the Five Social Initiatives of the First President – Elbasy Nursultan Nazarbayev.

One of the tasks set by the Head of State Kassym-Jomart Tokayev to the Ministry of Energy in the pre-election program is the timely completion of the first stage of the Saryarka gas pipeline with a view to supplying gas to the capital, northern and central regions of the country.

According to Zhurebekov, this section of the gas pipeline will allow delivering natural gas to the cities of Nur-Sultan, Karaganda, Temirtau, Zhezkazgan, as well as to residents of the settlements closest to the gas pipeline route.

To implement the project, the company AstanaGaz KMG was created. Its shareholders are Samruk-Kazyna Fund and Baiterek Holding.

Zhurebekov said that today the construction of the Saryarka gas pipeline to the city of Nur-Sultan is being completed.

It was noted that about 1,700 specialists and 1,000 units of special equipment were involved in the construction of the gas pipeline. To date, 1,061.3 km or 100% of the linear part of the pipeline has been welded and laid. At the same time, 963 km or 91% of the gas pipeline were tested.

In addition, work is underway on the construction of branch pipelines and five automated gas distribution stations, a gas metering station and a control point

“In general, work is proceeding on schedule, and in December of this year, the construction of all facilities will be completed, including a gas pipeline, five units of automated gas distribution stations, a gas metering station and a control point. The acceptance of the gas pipeline into operation is scheduled for Dec. 31, 2019,” said the vice minister.

“The implementation of the Saryarka gas pipeline project will have a multiplier effect on the development of small and medium-sized businesses, as well as on the development of regional infrastructure along the main gas pipeline. In addition, the use of natural gas as a fuel reduces emissions of pollutants into the atmosphere, contributes to a comfortable life for the population and contributes to an overall improvement in the environment,” the vice minister emphasized.

When will Gas Come to Nur-Sultan?

Vice Minister of Energy Murat Zhurebekov also noted that the connection of the city to the main gas pipeline will be carried out in phases. The construction of gas distribution networks is divided into three phases with construction periods until 2025.

The first is 2019-2021. The first consumers will be connected to the next heating season. These are residential areas Koktal-1, Koktal-2, Southeast, as well as TPP-1 and TPP-3. The first phase will be completed in 2020.

The terms of the second stage are 2021-2023. The gas distribution points East and Southeast will be connected. Gas will be provided in the districts of Internatsionalny, Michurino, Kotelnaya. Prigorodny, Family Village, Garden Village and the boiler room of the international airport will also be connected.

The third stage is 2023-2025. Microdistricts Ilyinka, Ondyrys, Brick Plant, and CHP-2 will be connected to gas.

“The first gas consumers will be connected as early as next year, but this is not an immediate job, it is a long phased process,” said the vice minister.

By the end of this year, the Akimat of the Karaganda region plans to connect the first consumers of the cities of Zhezkazgan — 148 houses, Temirtau — 100 houses and Karaganda — 150 houses.

In general, according to the akimat of the Karaganda region, the completion of the construction of the first stage is scheduled for May 2020.

In the Akmola region, first of all, it is planned to build gas distribution networks in 20 settlements of the Arshalyn and Tselinograd districts.

Today, the akimat has received a positive conclusion of the state examination of design estimates of 8 (out of 13) projects, on which work is being carried out to determine the contracting organizations.

The deadline for obtaining a state examination opinion on the design estimates of the remaining five Projects is November 2019.

“We can say that the order of Elbasy, given in the framework of the Five Social Initiatives — this is the Fifth Initiative — was executed by the Ministry of Energy. Last month, we participated in a golden welding ceremony. That is, it was the last seam welded on the main gas pipeline when supplying to the city of Nur-Sultan,” the vice minister of energy summed up.