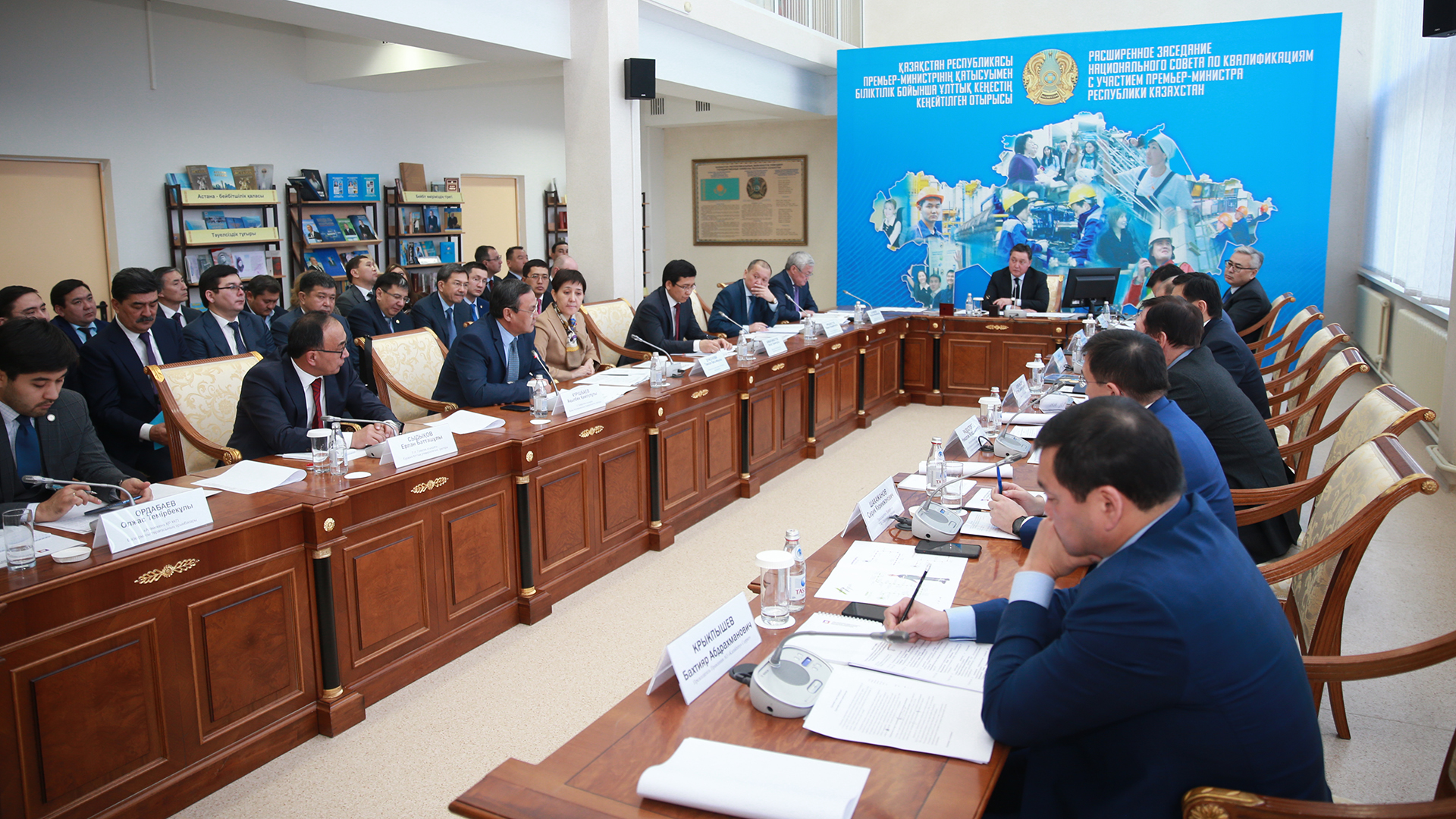 At the expanded meeting of the National Qualifications Council chaired by Prime Minister Askar Mamin, issues of developing professional standards were considered.

Minister of Labor and Social Protection of the Population Birzhan Nurymbetov reported on the results of the work on developing qualifications framework and professional standards, Minister of Education and Science Askhat Aimagambetov — on the development of educational programs and standard curricula, Deputy Chairman of the Atameken NCE Olzhas Ordabaev — on introdгoduction of approved professional standards, Executive Director of the Association of Mining and Mining and Metallurgical Enterprises Nikolay Radostovets and Chairman of the Eurasian Group Serik Shahazhanov — on implementation of educational programs in real production, Director of Chromtau Mining and Technical College B. Muldasheva — on implementation of professional standards in vocational educational organizations, Head of BTC-Digital educational center S. Nurbek — on the Atlas method of new professions.

The prime minister noted that the Head of State was instructed to complete the development of the Atlas of new professions by the end of March 2020, on the basis of which personnel will be trained in accordance with the needs of the labor market.

“The fourth industrial revolution gives impetus to the emergence of new professions and competencies. We must be prepared for this. Therefore, work in this direction requires coordinated actions by all sides of social partnership — the state, business, and trade unions,” Mamin said.

The prime minister instructed Atameken NCE to accelerate the adoption of professional standards and, together with the Ministry of Education and Science, ensure the updating of educational standards.

“In the future, the initiative and the order to develop new professional standards should come precisely from the needs of production. It is the employer who must determine what kind of specialist he needs and with what skills,” said Mamin.

The head of government instructed the ministries of labor and social protection of the population, education and science, together with the Atameken, to continuously monitor the demand for personnel taking into account global changes in the labor market.