Government considers draft State Program for Development of Regions until 2025 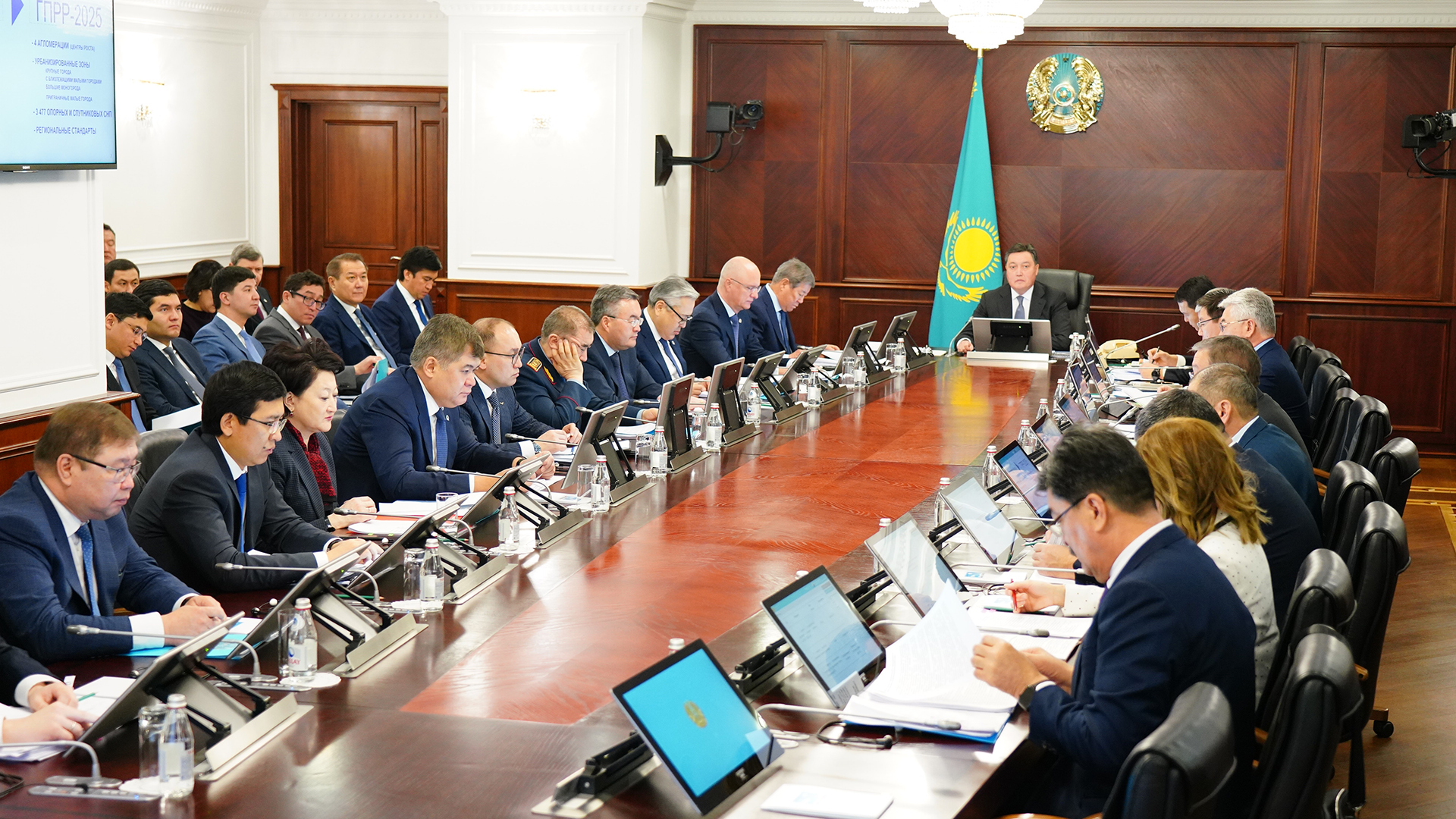 At the government session chaired by Prime Minister Askar Mamin, the draft State Program for the Development of Regions until 2025 was considered.

Implementation of the program will make it possible to achieve a country's urbanization level of at least 62% by 2025, increase the competitiveness of regions, improve transport, engineering and social infrastructure and, in general, the quality of life of the population.

The total funding of the new state program until 2025 will be about 1.3 trillion tenge. The development priorities are:

reference and satellite rural settlements under the project "Aul — El Besіgі." 3,477 reference and satellite villages will be fully provided with facilities and services, in accordance with the system of regional standards. The quality of life of about 7 million villagers or 90% of the rural population will increase.

“The first President – Elbasy Nursultan Nazarbayev, in the Strategy ‘Kazakhstan – 2050’ and at the recent expanded meeting with the branches of the Nur Otan party, outlined the need to bring the country's urban population to 70% by 2050. The Head of State Kassym-Jomart Tokayev in his Address to the people of Kazakhstan noted the importance of urbanization of the country and instructed to take effective measures to manage migration processes,” said Mamin.

The head of government emphasized that urbanization is crucial for increasing incomes and the quality of life of people. Over the past five years, the population of large cities in Kazakhstan has increased by 15%. Currently, the share of urban population in Kazakhstan is 58.2%.

“We strive to ensure that the urbanization process becomes clearly manageable, and therefore it is necessary to continue to pursue a balanced urban development policy. Moreover, our main task is to improve the quality of life of the rural population, to create infrastructure in compliance with standards of urban facilities. And such examples already exist,” said Mamin.