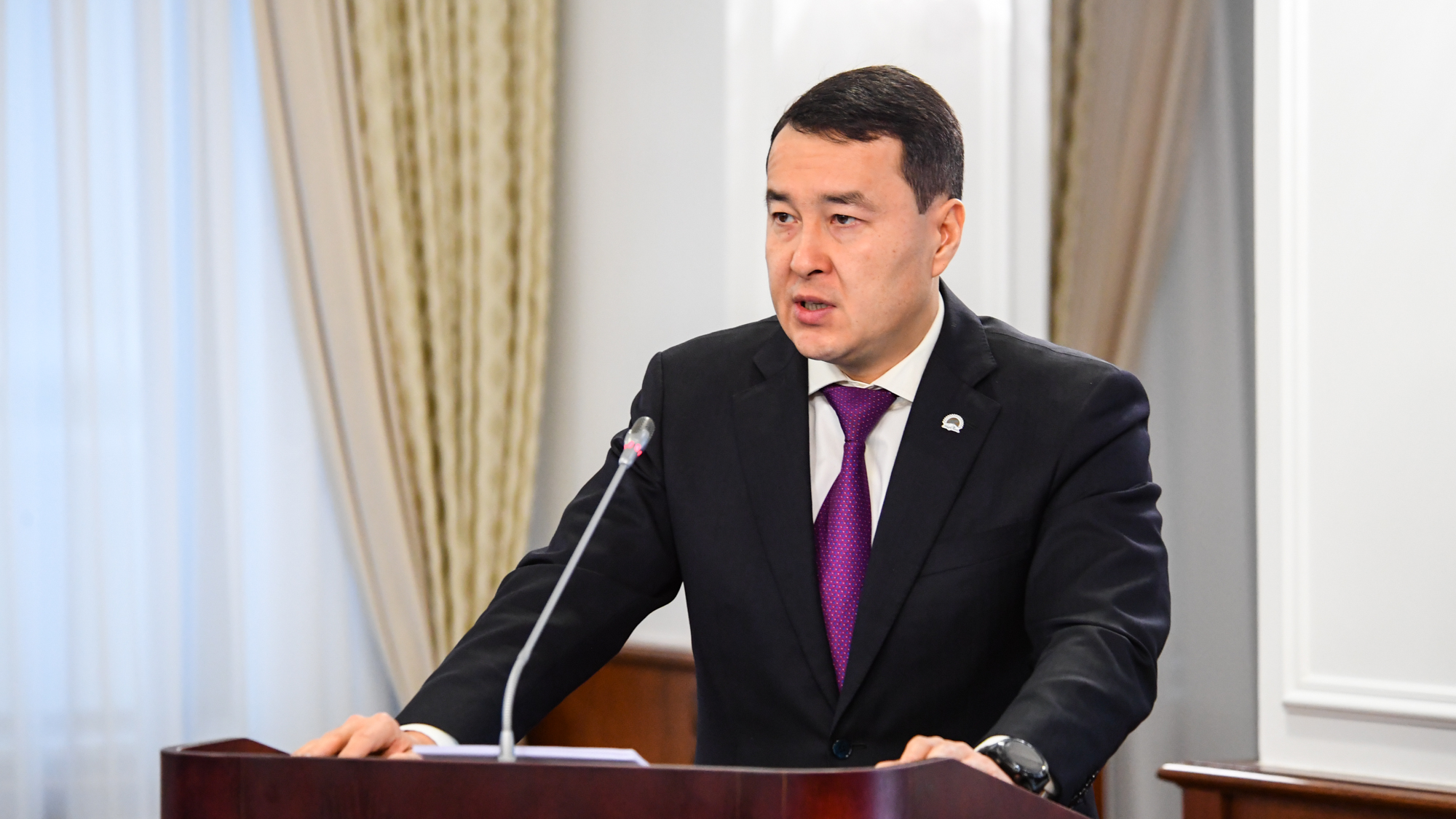 At the government session chaired by Prime Minister Askar Mamin, First Deputy Prime Minister – Minister of Finance Alikhan Smailov reported on the results of the Ministry of Finance’s work on improving tax and customs administration for 10 months of 2019, as well as informed about the upcoming tasks.

“The presented results testify to the correctness of the choice of the strategy for the development of state revenue bodies, focused on increasing fiscal administration,” Smailov emphasized.

The adjusted forecast of incomes (excluding transfers) of the republican budget for 2019 is 7 trillion 81 billion tenge. The increase in revenues by 2018 is forecasted at 1 trillion 233 billion tenge, or 121.1%.

The Ministry of Finance is constantly improving its risk management system, which enables accurate selection of entities for control and increasing the effectiveness of the measures taken. As a result, the amount of violations identified as a result of tax audits was increased to 129 billion tenge.

Along with this, the methods of cameral (remote) control are also being improved. This year, new cameral control procedures have been introduced using electronic invoices. Additionally, taxes for 221 billion tenge were accrued, more than 175 billion tenge were recovered.

Measures are also being taken to stimulate the payment of taxes to the budget.

This year, a tax amnesty is carried out for SMEs (from January 2019) and individuals (from August 2019) by writing off accrued interest and fines, provided that the taxpayer pays the principal amount.

As part of customs administration, the main emphasis is placed on increasing the reliability of the declaration of goods, reducing gray imports and discrepancies in customs statistics.

Today, the fiscal authorities of Kazakhstan and China are establishing electronic communication channels within the framework of the Protocol on the exchange of preliminary information from export declarations.

It is planned by the end of this year to carry out online data exchange.

Since January 2019, export control has been strengthened at 37 automobile checkpoints of the state border with Russia and Kyrgyzstan, together with the National Security Committee’s Border Service. The movement of transport and goods is monitored to ensure the full collection of import VAT.

Since 2020, it is planned to develop an appropriate module “Export Control” in the information systems of state revenue bodies.

One of the effective tools to reduce the share of the shadow economy is the digitalization of tax and customs administration. The Ministry of Finance continues to implement the system of traceability of goods through the development and integration of a complex of information systems.

“In the ASTANA-1 information system, the declaration of goods is carried out electronically, which has reduced the time for customs clearance of goods by 80% of the total number of customs declarations to 1 minute. Earlier this time was 24 hours,” Smailov informed.

Product Marking IS is aimed at reducing counterfeit products and increasing competitiveness among entrepreneurs. Since last year, pilots for the labeling of alcohol, tobacco and footwear have been sold.

Starting from Jan. 1, 2019, all VAT payers have been transferred to the mandatory issuance of electronic invoices in the IS Electronic Invoice.

In addition, from this year, other primary documents were also transferred to the electronic format: electronic contracts, acts of work performed, where the autofill of e-invoice form was implemented.

In order to simplify the payment of local taxes, the integration of databases of government agencies with the electronic government portal EGOV and Caspi Bank JSC was carried out. So, as a result of integration with Caspi Bank JSC, by September of this year, tax payments increased 2.5 times compared to last year.

From the beginning of 2020, micro and small business entities applying special tax regimes will be exempted from paying income tax for a period of 3 years. Not subject to exemption: subsoil users, manufacturers of excisable goods, gambling, participants in foreign economic activity.

At the same time, a moratorium on inspections of small and medium-sized businesses for 3 years is introduced. The exception will be customs inspections, counter tax audits, inspections conducted within the framework of a criminal case and at the request of the taxpayer in relation to his own activities.

The following measures are planned for 2020 to improve tax and customs administration: