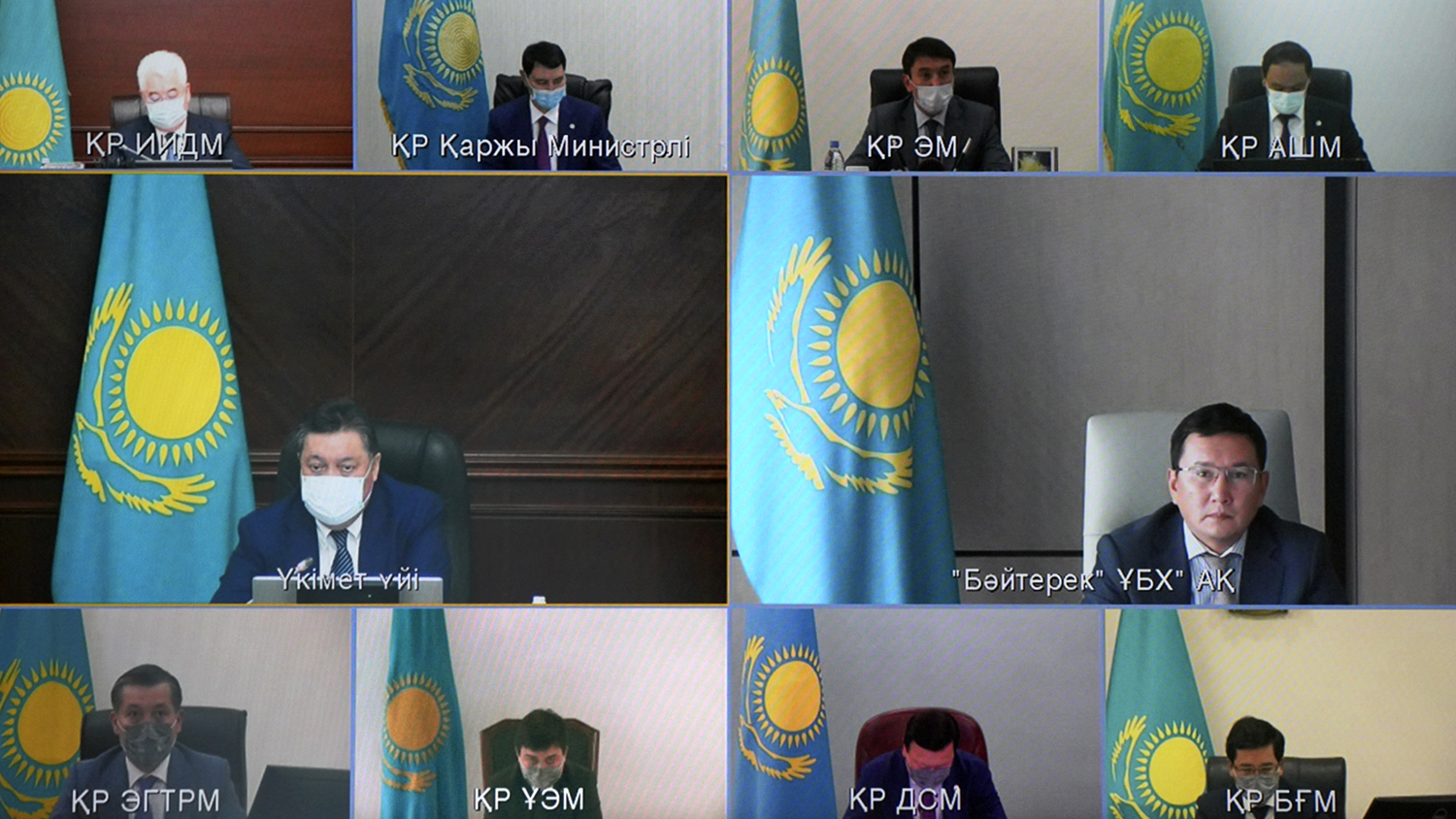 At a meeting of the Investment Headquarters chaired by Prime Minister Askar Mamin, the progress in the implementation of investment projects by the Ministry of Ecology, Geology and Natural Resources, JSC NMH Baiterek as well as akimats of Zhambyl and Akmola regions was considered.

Minister of Ecology, Geology and Natural Resources Serikkali Brekeshev reported that the target volume of investments in fixed assets attracted by the ministry in the spheres of ecology, geology, fisheries, forestry and water management for 2021-2025 is 2.5 trillion tenge. 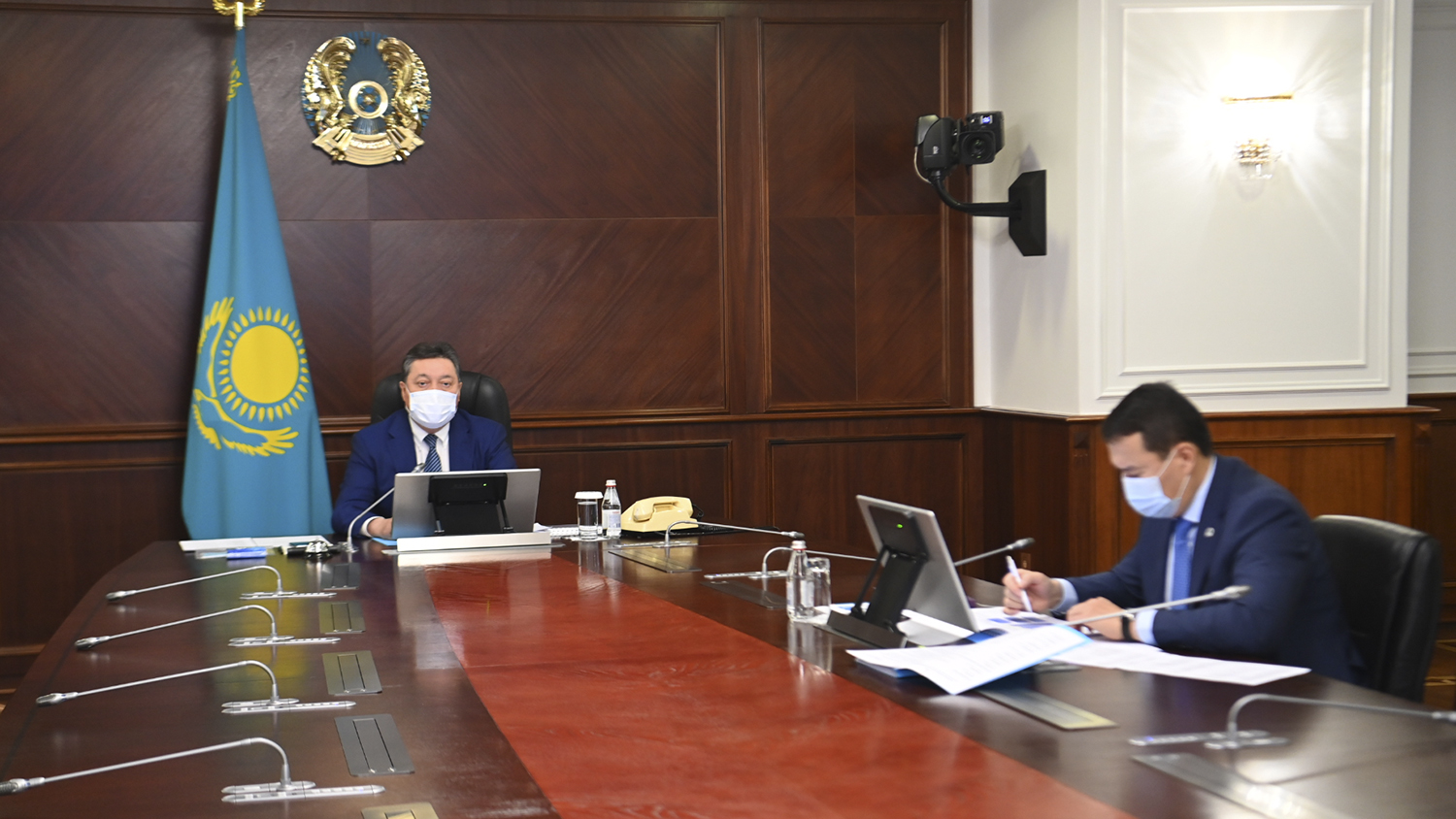 The pool of investment projects includes the construction of waste incineration plants "Waste to Energy" in the cities of Nur-Sultan, Aktobe, Shymkent, Ust-Kamenogorsk, Karaganda and Almaty, expansion of cooperation with foreign partners in the field of geological exploration of mineral resources, development of fish farms with a closed cycle of water supply, pond and cage fish farms, the organization of marine fisheries in the Caspian Sea, the construction of factories for compound feed, processing of Artemia cysts, etc.

In order to develop ecological tourism in the forest fund, projects will be implemented to form the necessary infrastructure in the state national natural parks Ile-Alatau, Charyn, Kulsay Kulderi, Altyn-Emel and others. In the field of water management, it is planned to reconstruct and modernize the Tasotkel main canal in the Zhambyl region, the Big Almaty canal, water management and irrigation systems of the Almaty region, the construction of a water conduit with a cascade of hydroelectric power plants on the Ugam river, Turkistan region.

Chair of the Management Board of Baiterek NMH JSC Aidar Arifkhanov reported that the portfolio of the Development Bank of Kazakhstan includes 61 investment projects and 16 pre-export operations totaling 7.1 trillion tenge.

For 6 months of this year the Bank financed 5 investment projects worth 47 billion tenge in the fields of renewable energy, automotive, mining and metallurgy and tourism and 14 export operations for 67.9 billion tenge. Four investment projects in the areas of logistics, construction industry, renewable energy, mining and metallurgy, as well as 2 pre-export operations in the amount of 211 billion tenge were supported.

Chair of the Board of JS NC Kazakh Invest Meirzhan Yusupov reported that a special investment unit, Task Force, is working on 57 projects worth more than $12 billion in the agro-industrial complex, chemical and mining and metallurgical industries, pharmaceuticals, energy, production of building materials, transport and logistics.

Deputy Akim of Zhambyl region Almas Madiyev noted that for 2021-2025 the Akimat has formed a pool of 107 investment projects totaling 2.5 trillion tenge in such areas as agro-industrial complex, chemical and mining and metallurgical industries, renewable energy, production of building materials and etc. For 8 months of this year, the volume of investments in fixed assets in the Zhambyl region amounted to 231.1 billion tenge, which is 20.2% more than the same period last year. In total, this year it is planned to ensure an inflow of investments in fixed assets in the amount of 421 billion tenge.

Deputy Akim of Akmola region Kanat Idrisov reported that for the next 5 years the Akimat has formed a pool of 330 projects worth 1.8 trillion tenge in such areas as the agro-industrial complex, construction industry, mining and metallurgy, energy, mechanical engineering, tourism, education, etc. This year the implementation of 108 projects for a total amount of 695.8 billion tenge has been started. For January-August of this year the volume of investments in fixed assets in the Akmola region amounted to 276.3 billion tenge, which is 10% more than the same period last year. In total, this year it is planned to ensure an inflow of investments in fixed assets in the amount of 558 billion tenge.

The Head of Government instructed all state bodies, regional akimats and subjects of the quasi-public sector to continue work on a systematic basis to attract domestic and foreign investments.