Mobile applications, quality of communication and internet, online provision of public services — on digitalization in Kazakhstan 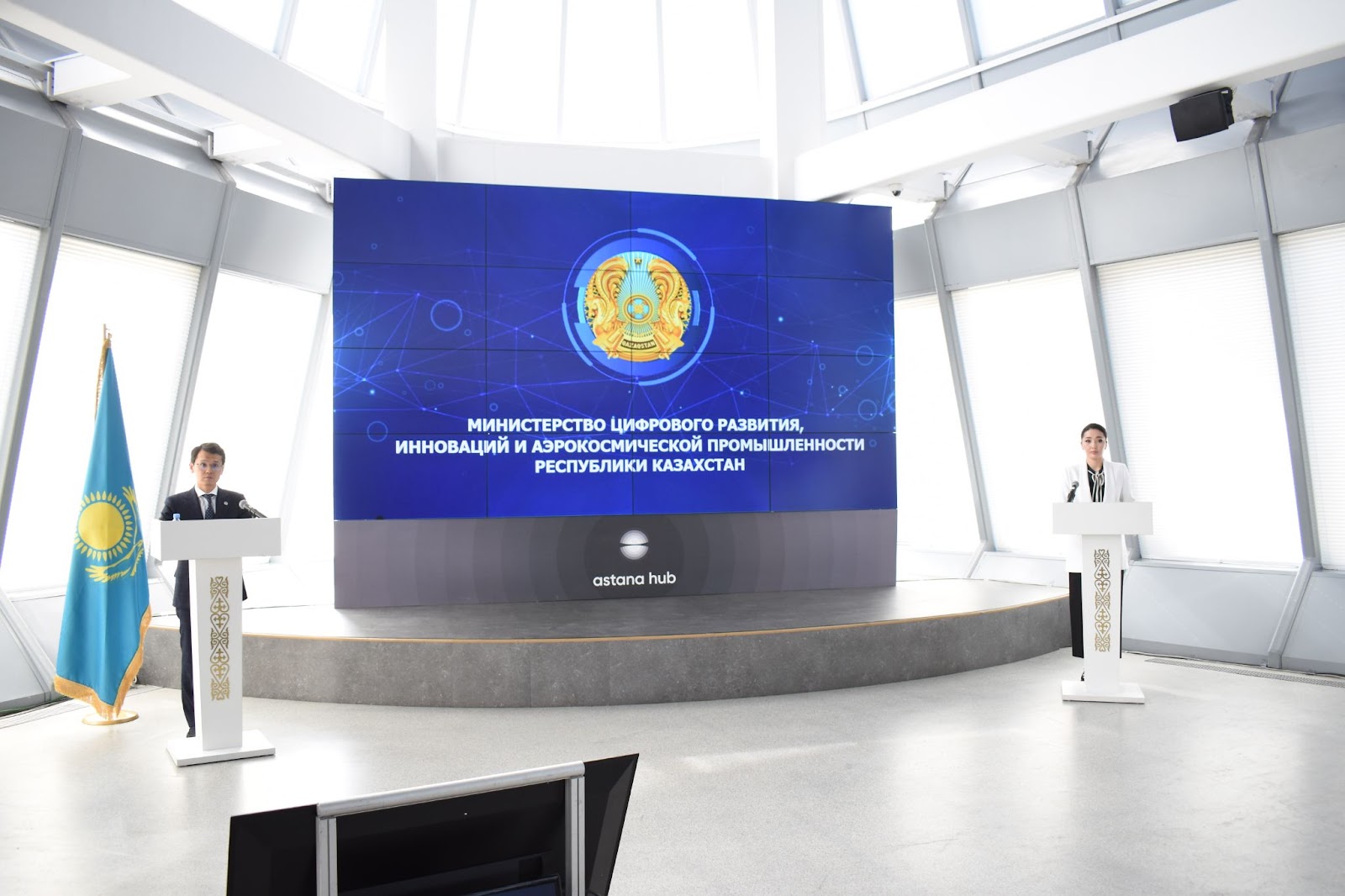 A reporting meeting of the Minister of Digital Development, Innovation and Aerospace Industry Bagdat Mussin with the population took place today.

The Ministry of Digital Development concentrates such areas of the economy of the future as digitalization, space, new types of communications, big data, cloud technologies and the IT industry.

“2020 has been a challenging year. Definitely, the pandemic has accelerated the pace of digitalization. Everything goes online. The importance of access to communications and the Internet has grown. The Internet saved the world during the pandemic. The population felt it like no other,” the minister said.

The communications industry showed growth at the end of the year by 8.6% (880 billion tenge). 5,214 villages are provided with mobile internet, but in 1,200 villages there are still questions about internet speed.

“In 2021, we will work to improve quality. To do this, we will transfer 286 villages to 3G / 4G, 80 villages will be transferred from satellite transmission to ground infrastructure and in 255 villages we will improve the quality of mobile broadband access,” said Mussin.

According to the minister, the minimum threshold for communication quality was not previously regulated. Now the methodology has been approved, according to which the minimum indicators of communication quality are determined: for example, for 4G — at least 5 MB / sec, for 3G — from 1 MB / sec. Now operators will be held liable for non-compliance with quality parameters.

Mussin noted that today government services can be received not only on Egov, but also on the basis of other platforms, for example, through bank applications. Because the bank guarantees the issue of correct identification of the person. The security issue in second-tier banks is higher than the market average.

Today, the population speaks positively about the opportunity to receive services in an online format. Citizens of Kazakhstan living outside the country will now be able to conclude or dissolve a marriage, register the birth of a child, change their first name, last name, patronymic and receive a death certificate using eGov.kz. The finished document is issued at the embassy or consulate of Kazakhstan, abroad.

“We have brought online the most popular services among our fellow citizens living abroad. Now Kazakhstanis will be able to draw up the necessary documents through eGov and receive them without leaving their country of residence. The services were implemented with the involvement of the embassies and consulates of Kazakhstan in almost 20 largest countries of the world,” Mussin said.

At the same time, the equivalence of paper and digital documents was legally established. On April 20, work was carried out to provide access to the Unified Notary Information System (E-notary) to the Digital Documents service. Citizens, when receiving notary services, can provide digital documents instead of paper documents.

“You don't really need a wallet with original documents, a smartphone is enough. This is a new approach, we begin to get used to the new reality. To exclude the reclamation of certificates, paper confirmations for 28 services were canceled, which is about 33 million documents. By the end of the year, we will reduce another 6 million certificates due to digital confirmation," said Mussin. 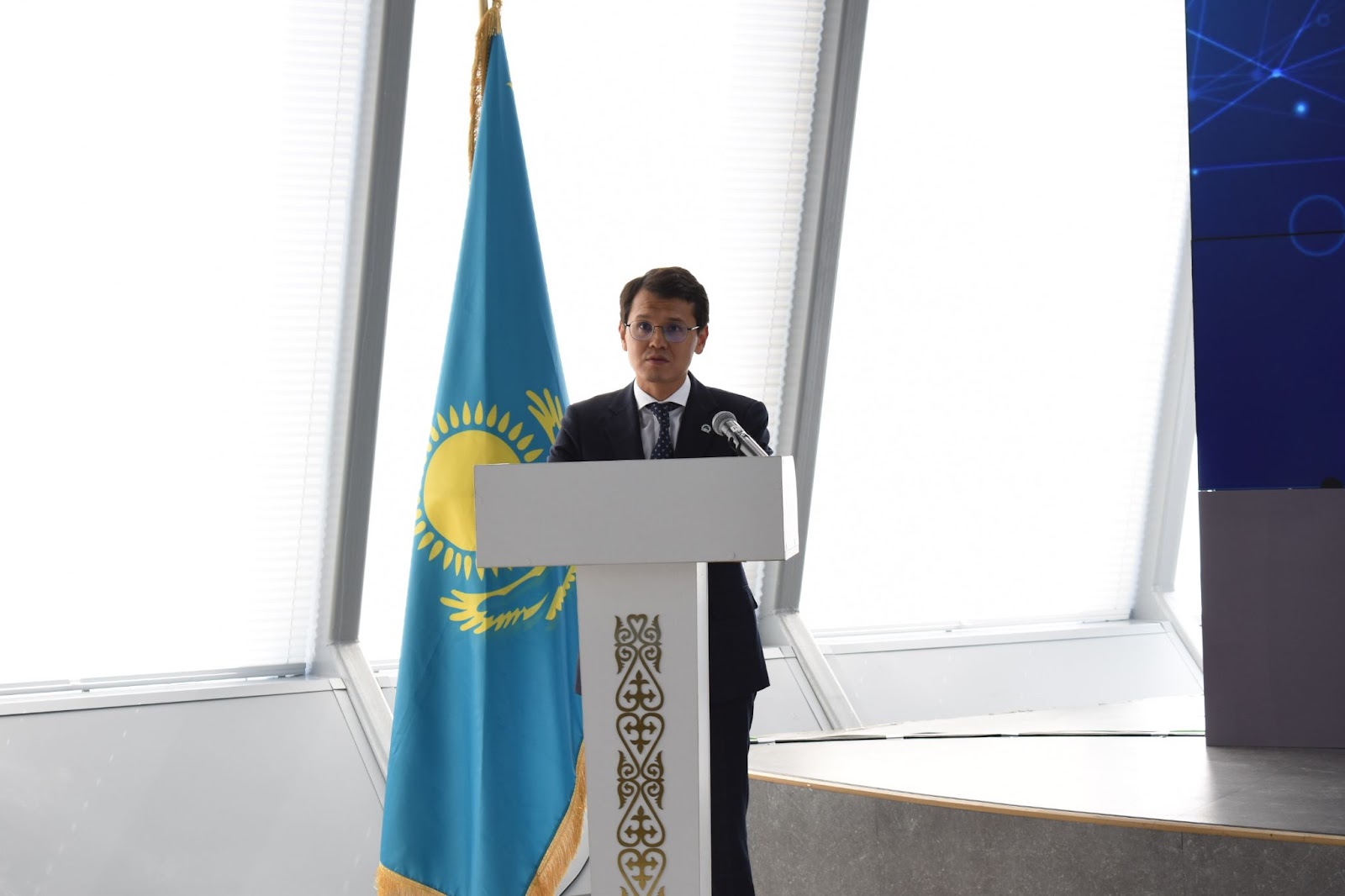 During the pandemic, the load on PSCs and on the contact center has multiplied. The corporation for citizens has increased its capacity, and today the average waiting time has dropped from 5 minutes to 100 seconds. It's still long, the goal is 30 seconds.

“We shouldn't force citizens to hang on the phone listening to beautiful melodies. For the convenience of citizens, payment of the state duty can be carried out via QR. Following the example of the presidential talent pool, a talent pool has been formed in the state corporation. Their task is to become agents of change. As of today, more than 350 candidates have passed the selection,” Mussin said.

According to the minister, a new national project has been developed in Kazakhstan. An audit of the country's information systems is being prepared. In order to optimize business processes, a Digital Transformation Center was created. The Center studies the current business processes of government agencies in the provision of government services to the population. Today, based on proposals from government agencies, work is underway to improve processes.

At an expanded government, the Head of State Kassym-Jomart Tokayev announced that ‘’with the penetration of digital services into our lives, the risks of personal data leakage increase.’’

“We have worked out legislative initiatives regarding the protection of personal data. We will implement the principle of digital consent and revocation. Citizens, upon confirmation of their identity, will be able to control the use of their personal data: allow / deny. For example, when contacting a PSC / government agency, a special code will be sent to the citizen's phone, only after he dictates this code, the employees of the PSC / government agency will have access to the person's personal data. The introduction of the principle of digital consent / revocation will become a tool for citizens, with the help of which they will be able to exercise their rights in relation to their personal data, and will also ensure the principles of legality and transparency in the collection of personal data,” explained Mussin.

If we talk about mining, most of the audience will be able to accurately name the bitcoin rate. There are 17 mining farms in Kazakhstan. 6% of the world's mining in Kazakhstan is approximately $18-25 million per month. 12 traditional data centers are under construction (in the cities of Nur-Sultan, Almaty, Aktobe, Aktau, Zhezkazgan, Karaganda, Kyzylorda, Uralsk) with a total capacity of 2,700 rack spaces. Also, 6 mining data centers are being built (in the cities of Aktobe, Pavlodar, Petropavlovsk, Taldykorgan, Turkistan, Ekibastuz) with a total load of 300 megawatts of electricity.

As Mussin specified, there are 1,300 villages in the country where there is either no Internet or poor quality. Acceptable communication quality can only be ensured through communication from new generation satellites.

In general, the project will provide rural settlements and business enterprises of Kazakhstan, where there is no communication today, with broadband Internet access. Such satellites are capable of providing ubiquitous high-speed Internet with low signal latency. The whole world is watching the active phase of testing such satellites.

“We are facing an ambitious task of educating 100 thousand professional IT specialists. How can this be achieved? To begin with, we created an IT University, two world-class non-formal education schools. We will scale this experience, similar schools (like "Alem") will open in the regions of our country (regional centers). We plan to open 5 such schools. In this year IT faculties of 5 universities will be transferred under the patronage of business companies - leaders of the ICT sphere, ”the minister said. Also, in a pilot mode in the East Kazakhstan region, 25 secondary schools are connected to the "Virtual Teacher" project on the subject of "Informatics". This project will solve the problem of the lack of qualified teachers in the subject of "informatics" in schools and, ultimately, will help to qualitatively prepare schoolchildren for the IT specialty. At the Q&A session, Minister of Digital Development B. Musin answered questions from citizens and journalists. So, a resident of the village of Koyandy, which is 20 km from the capital, filed a complaint about a weak Internet signal. Bagdat Musin agreed that in the suburbs of Nur-Sultan, incl. in with. Koyandy has problems with the quality of communication, despite the fact that there is partly a fiber-optic link there. “As I said, the minimum thresholds for the quality of mobile Internet have been approved (at least 5 Mbit / s for 4G technology and at least 1 Mbit / s for 3G technology). In addition, I have appointed a vice minister who will travel around the suburbs to measure the quality of the Internet during peak hours. First of all, these will be the suburbs of the capital,” said the minister.

The Ashyq application also raised a lot of questions. As Mussin explained, the application was developed with the aim of enabling businesses to work and people to move around without restrictions.

“The pandemic has not yet receded. Unfortunately, people get sick from time to time. By order of the chief sanitary doctor, citizens with covids must be quarantined. But we humans are often unconscious. Sick, we can go to places of mass congestion. To minimize this, the Ashyq application was proposed, according to which, if you are sick, be kind, stay at home, do not endanger others. This is one of the increased security measures during a pandemic, in ordinary life it is not needed. We all want to return to the previous rhythm of life, so let's support each other,” he explained.

Answering the question about what is needed to realize your startup, the head of the Ministry of Digital Development and Innovation and Aerospace Industry noted that there are no obstacles for this in Kazakhstan and gave several examples of successful stories of domestic startups.

“We all know the success story of Kaspi Bank. Their IPO is now estimated at $15 billion. The second story is no less ambitious in terms of personality. A participant of Astana Hub has made an application-simulator Car parking. The app has now been downloaded 50 million times. Therefore, everything is possible regardless of the country of residence. The spark in the eyes is important,” added Mussin.