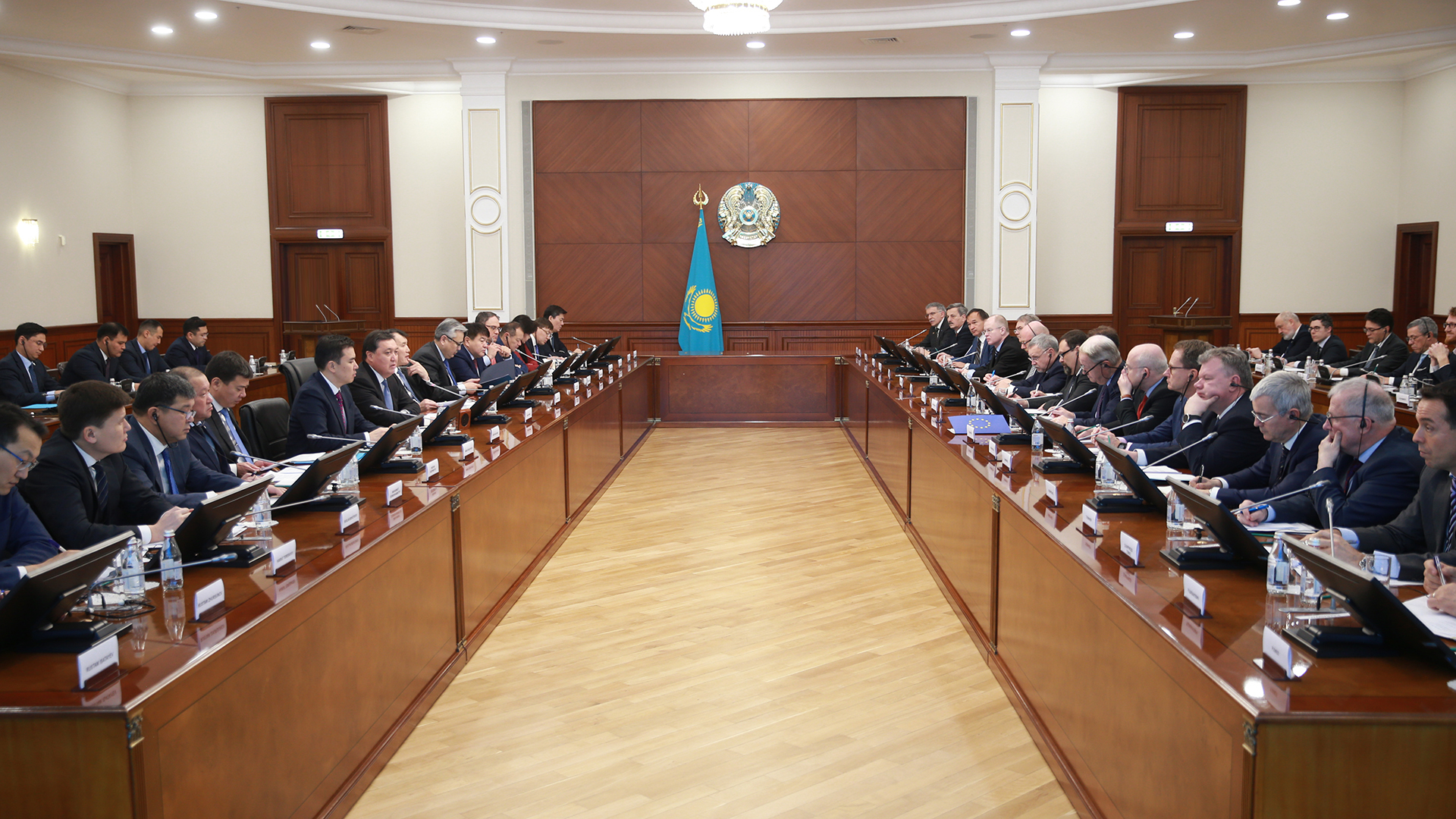 Prime Minister Askar Mamin held a regular meeting with the heads of diplomatic missions of the Member States of the European Union as part of the Dialogue platform on the further development of investment cooperation.

“The first President – Elbasy Nursultan Nazarbayev and the Head of State Kassym-Jomart Tokayev pay great attention to cooperation with the countries of the European Union, considering it as one of the priority areas of Kazakhstan’s foreign policy,” Mamin said.

The head of government noted that the EU is one of the key investors and the largest trading partner of Kazakhstan. For 6 months of this year, the European Union invested over $5.4 billion in the economy of Kazakhstan – half of the total inflow of foreign direct investment in the first half of the year. For 9 months of this year, trade with the EU amounted to about $24 billion.

Askar Mamin called on the ambassadors of the European Union to continue an open and active dialogue to promote trade, economic and investment cooperation between Kazakhstan and the EU.

The parties discussed the activities of European companies in Kazakhstan, including opportunities for participation in tenders and local content standards.