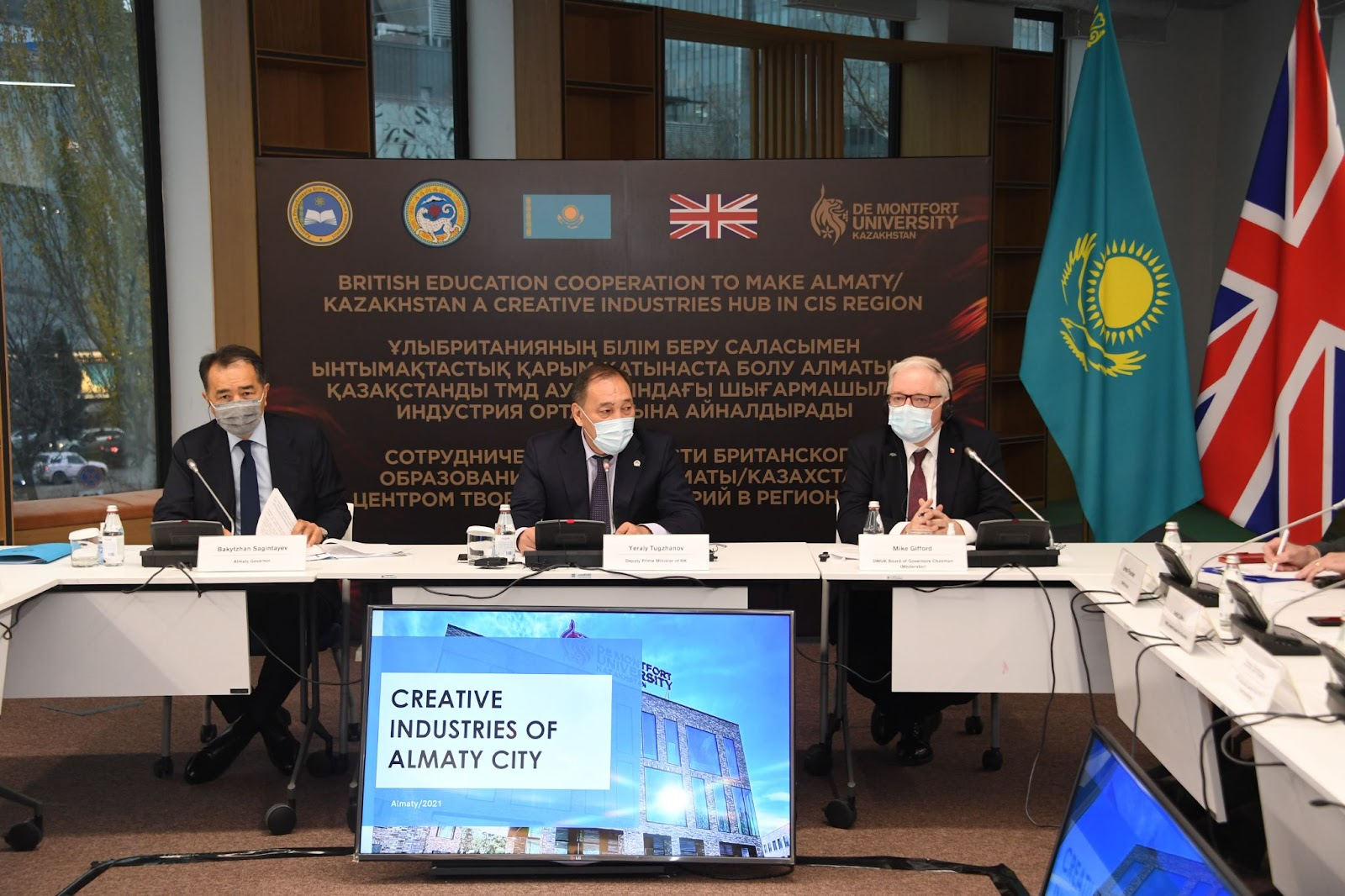 As part of the official opening of De Montfort University Kazakhstan, a round table was held to discuss the prospects for the development of creative industries as part of the diversification of the economy in Almaty. 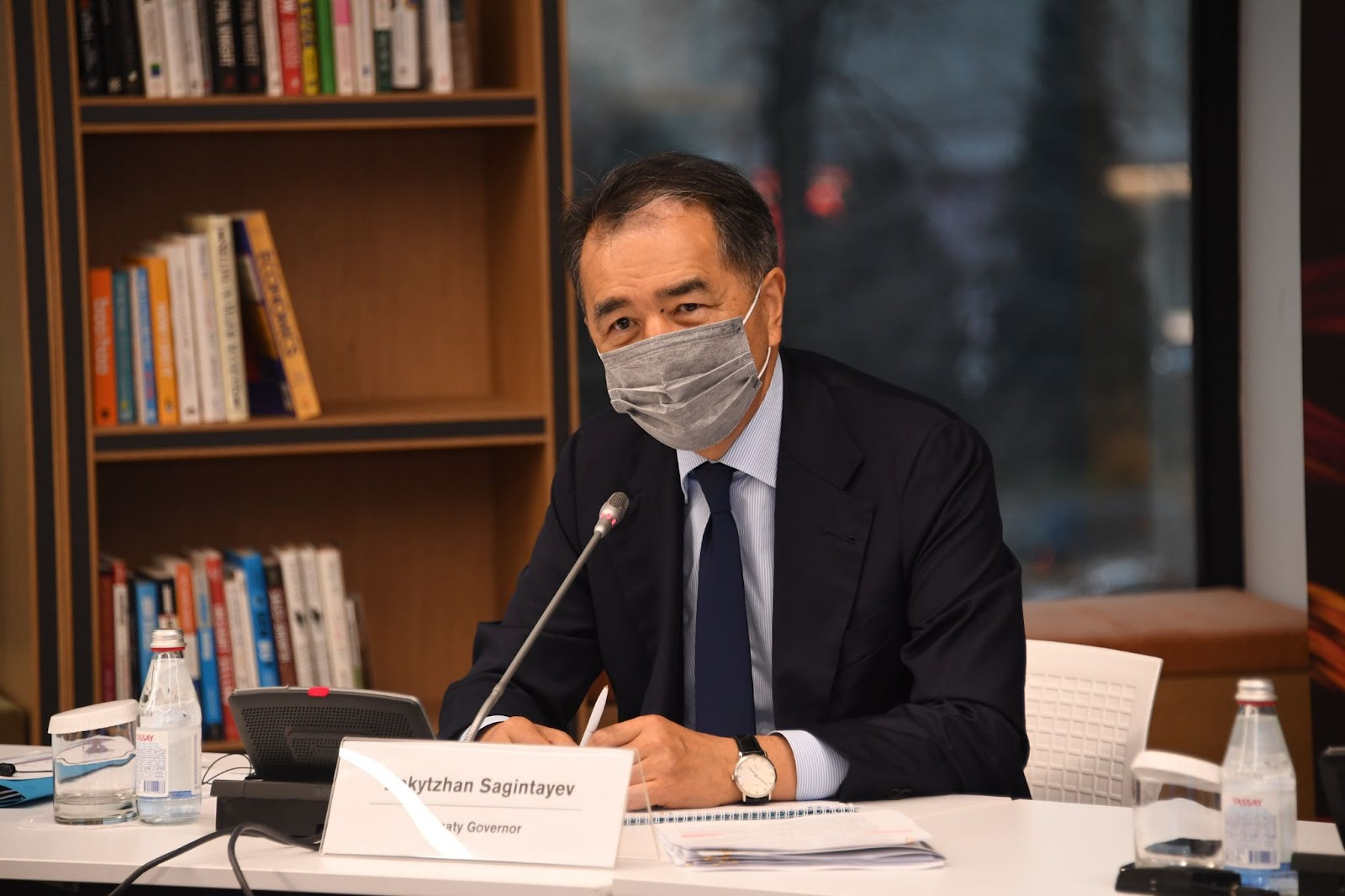 Addressing the participants of the round table, Deputy Prime Minister of the Republic of Kazakhstan Yeraly Tugzhanov emphasized that creative industries are the main source of new technologies, industries and a driver of economic growth. 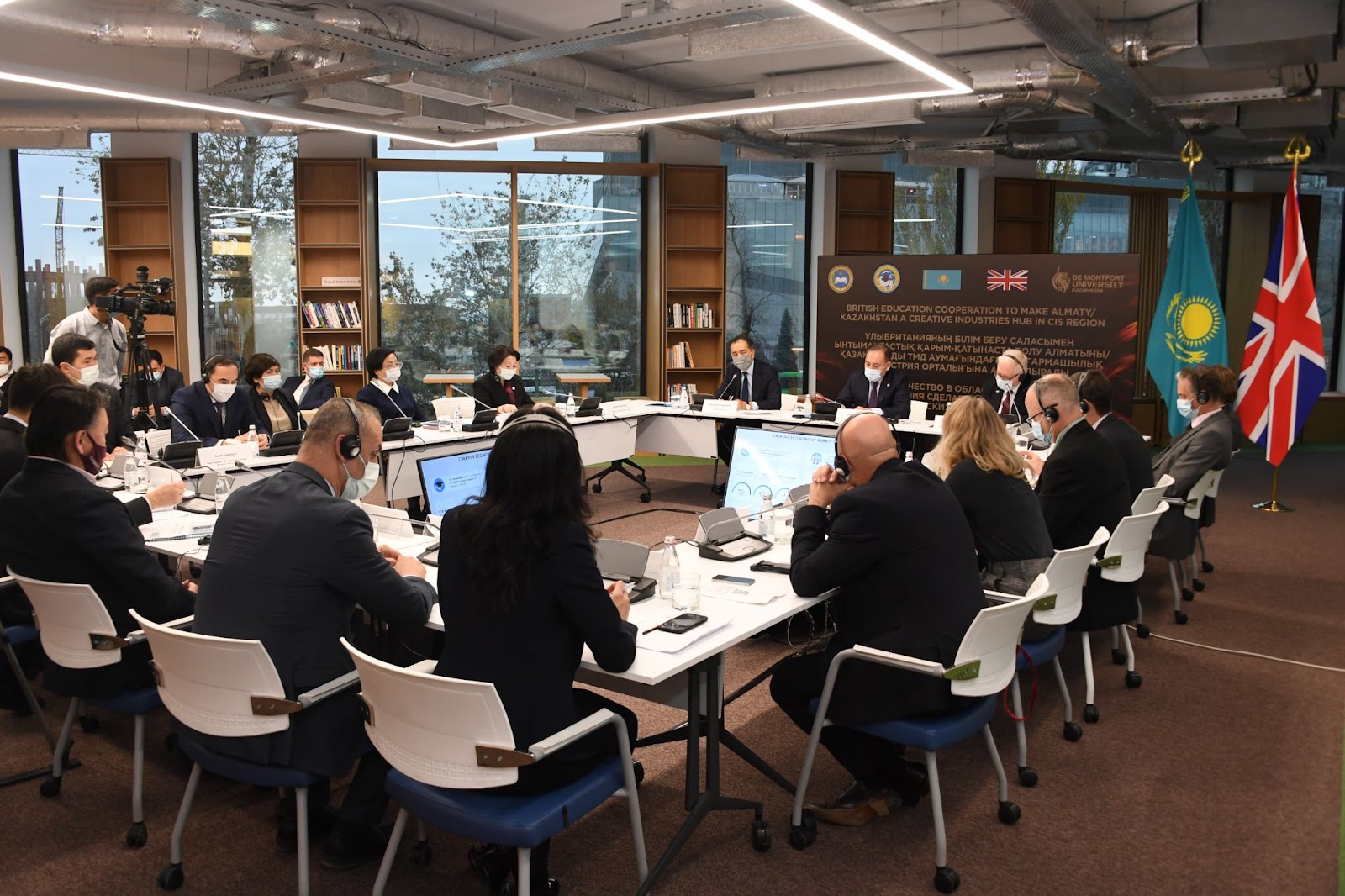 Over the past 10 years in Kazakhstan, the volume of investments in the creative industry has more than quadrupled. 3.5% of the total employed population of the country, or 310 thousand Kazakhstanis, work in this area. Today, the contribution of creative industries to the economy of Kazakhstan is 2.7%. 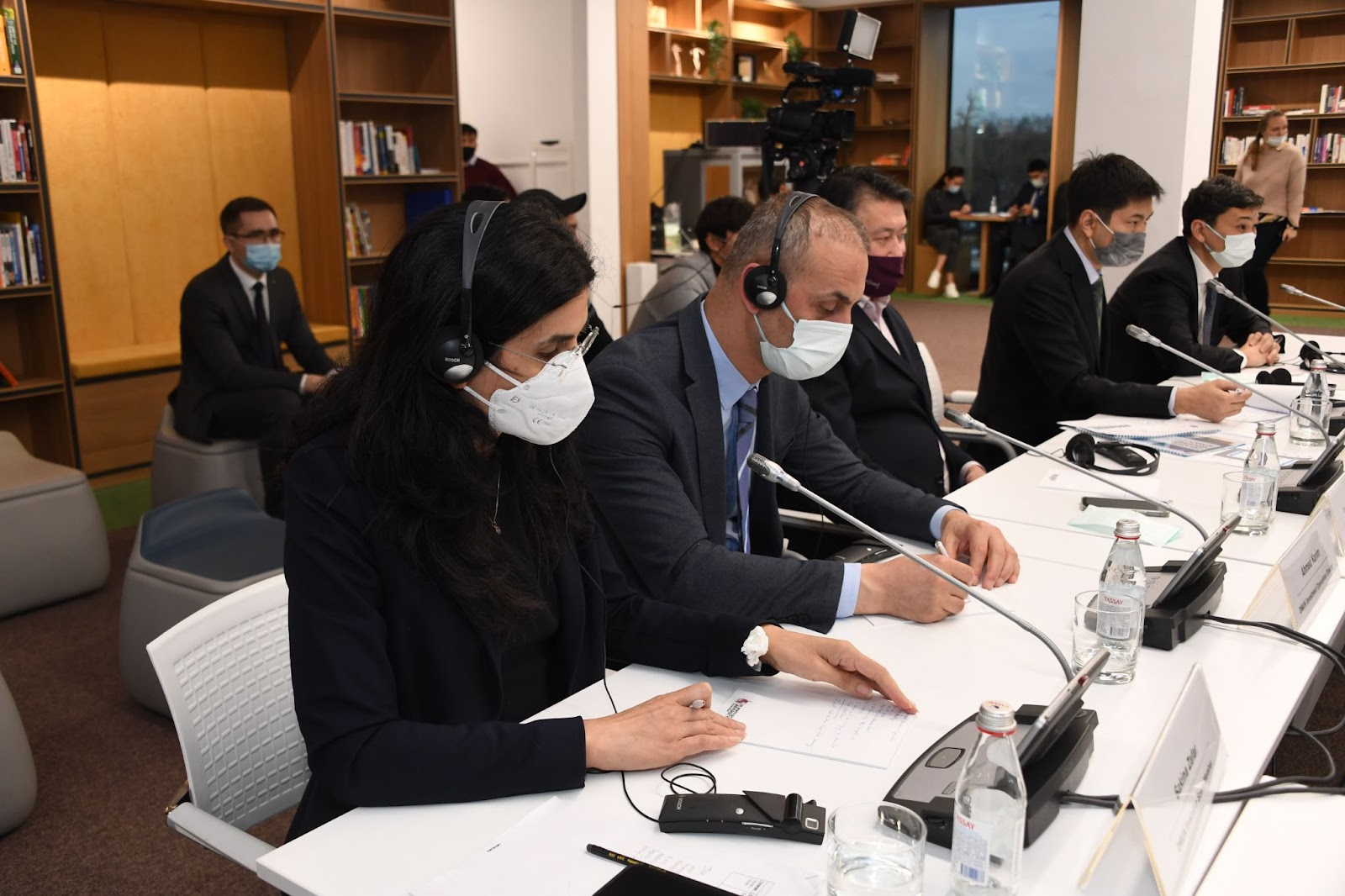 “In order to develop the potential of this area on the basis of progressive world practice, the Government, together with the expert community, is developing a Concept for the Development of Creative Industries for 2021-2025. A unified vision of the state for the development of the creative industry will be formed and new approaches for its development will be determined,” Tugzhanov said, inviting the participants of the round table to take part in the development of this document. 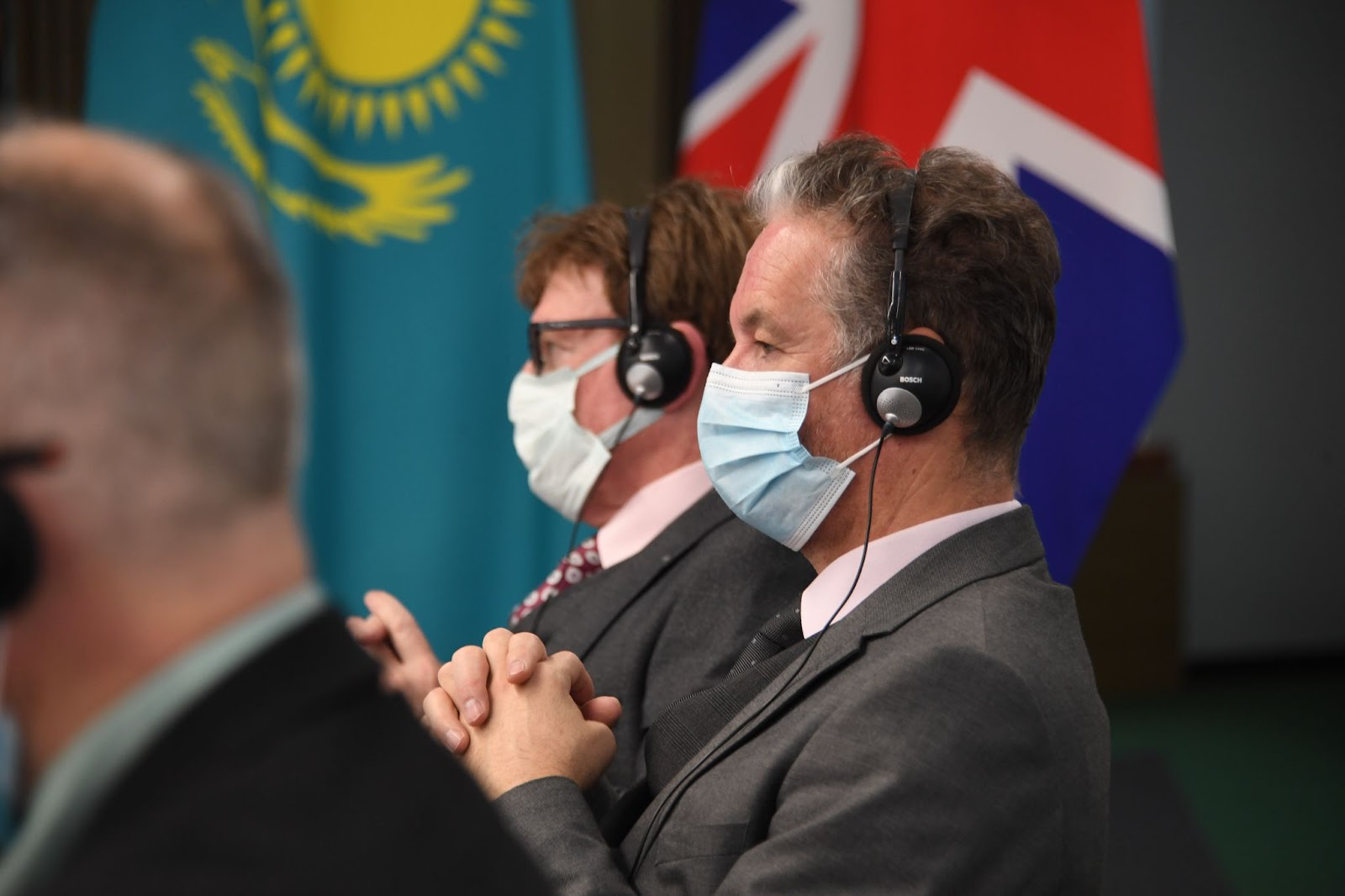 Akim of Almaty Bakytzhan Sagintayev noted that creative industries are one of the priority directions of the long-term Almaty-2050 Development Strategy.

“There are many talents, youth, high intellectual potential in our city. There are 37 universities in Almaty, where 182 thousand students study. At the same time, six universities are included in the 1,000 best universities in the world according to the QS World University Ranking 2020. Therefore, it is these areas related to IT and the creative industry that are in demand and need the support that we already provide,” Sagintayev said. 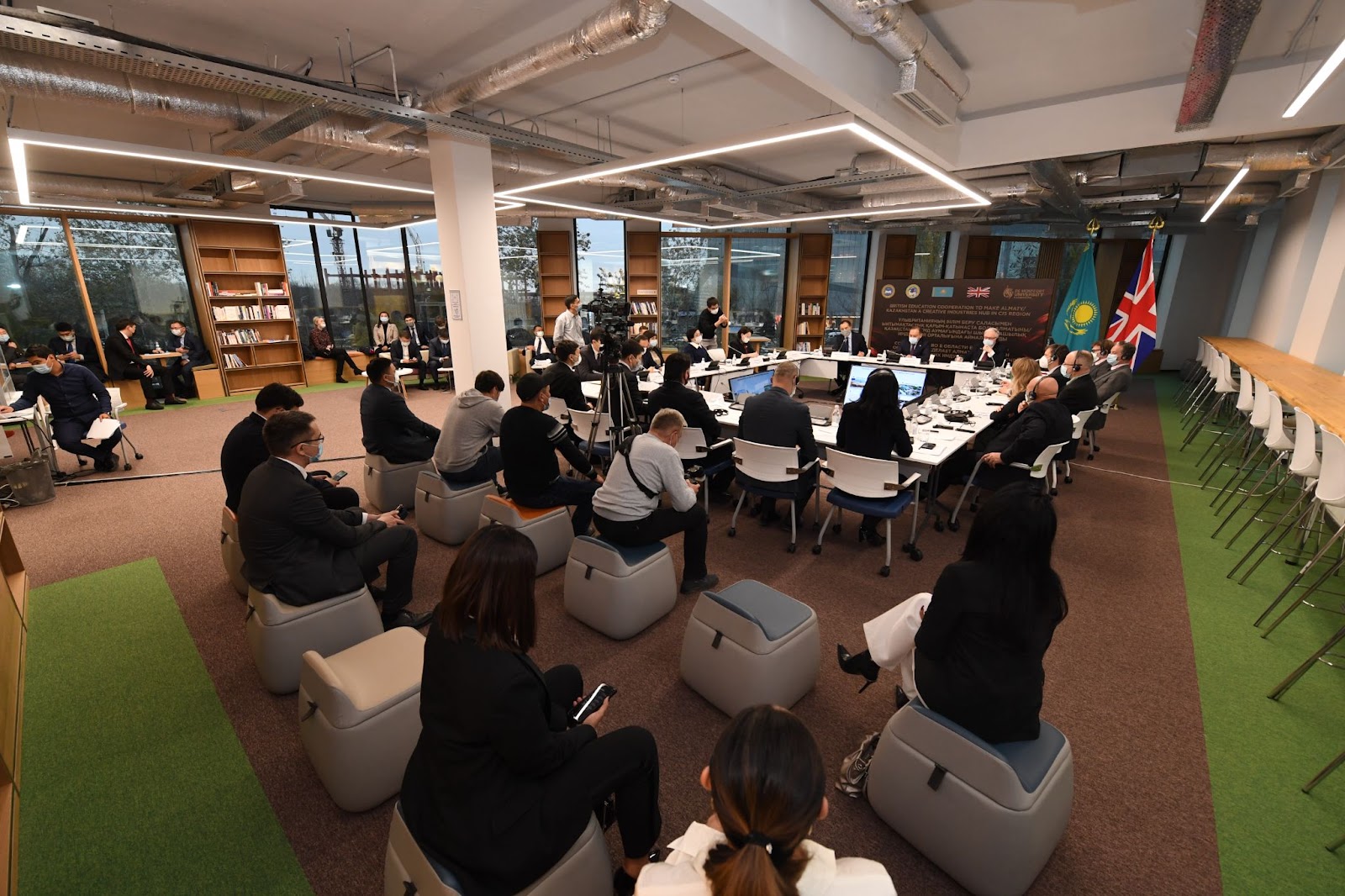 According to the analysis, 17.8 thousand enterprises operate in the creative sector of the city of Almaty, which is 8.8% of all enterprises. By 2025, this figure is planned to increase to 31.4 thousand (10.2%). It employs about 44.9 thousand people. Tax revenues from enterprises of the city's creative industries in 2020 amounted to 37.7 billion tenge, and the volume of services provided — 402.8 billion tenge. Thus, Almaty has the necessary resources to develop a creative economy.

In accordance with world practice, the synergy of creative enterprises, universities and the city is ensured for the development of the creative economy. The development strategy is based on 10 areas: cinema and animation, literature, fashion, new media and digital cultures, theater, opera and ballet, e-sports and game development, architecture and design, music, contemporary art, and the entertainment industry.

For implementation, instruments of financial and non-financial support are used. To date, 9 projects have been funded for a total of 513 million tenge. Up to 630 million tenge is planned to be allocated to support creative entrepreneurs at the end of the current and next year through Almaty Finance and MFO Almaty.

Almaty is the only city in Central Asia that is included in the UNESCO Creative Cities Network in the creative direction of music. In 2022, it is planned to launch the Open Music Lab to create contemporary music and collaborations between musicians-residents of the laboratory.

The city already has the first successful infrastructure project in the field of creative industries - the creative hub Alatau, where up to 700 people work daily.

There is a coworking space, 25 free creative circles for children, a playground for master classes, a media library, and the ArtBi educational and exhibition center. Similar centers are being created in all districts of the city. Subsequently, a network of creative hubs will be created in each district of the city.

The participants of the round table exchanged views, and also supported the initiative of the Akim of Almaty Bakytzhan Sagintayev on expert and analytical support of the ongoing work on the development of creative industries.