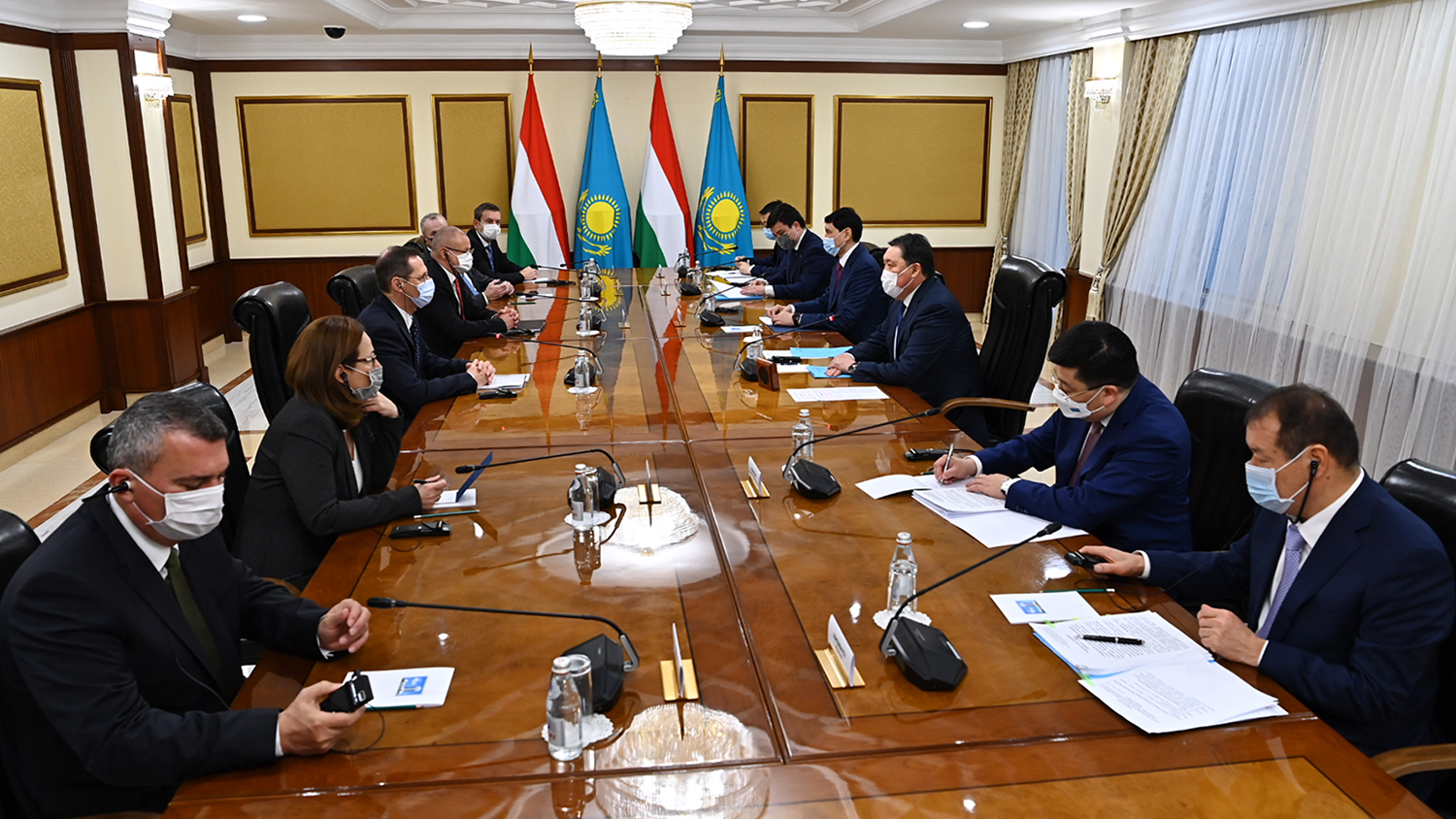 Prime Minister Askar Mamin received Deputy Prime Minister - Minister of Finance of Hungary Mihály Varga, who arrived in Kazakhstan to participate in the V meeting of the Strategic Council Kazakhstan - Hungary and the Kazakh Business Forum.

The parties discussed the state and prospects for the development of cooperation in trade and economic, financial and banking, investment, transport and logistics, agriculture, agro-industrial complex, mining, renewable energy, pharmaceuticals, education and other areas.

The Head of Government noted the potential for the development of trade and economic relations and investment cooperation between Kazakhstan and Hungary against the background of high rates of recovery of the national economies of the two countries.

Within the framework of the Kazakh-Hungarian business forum, agreements were reached on the implementation of joint projects in the fields of medical tourism, agro-industrial complex, renewable energy, transport and logistics, and finance.

During the talks, special attention was paid to the issues of cooperation on the site of the Astana International Financial Center. At present, the representative office of EXIM Bank of Hungary operates in the AIFC, and it is planned to expand cooperation with other Hungarian financial and banking structures.

Hungary's economy is one of the most developed in the region of Central and Eastern Europe. In 2020, the country's GDP amounted to $155 billion. According to forecasts of the European Commission, after falling by 5% in 2020, economic growth in 2021 will amount to 6.3%.

In June 2021, Hungary became the first European country to conclude an agreement with Kazakhstan on the mutual recognition of vaccination passports. In September 2021, regular direct flights between the cities of Nur-Sultan and Budapest have been resumed. The possibility of opening direct flights between Almaty and the capital of Hungary is being considered.