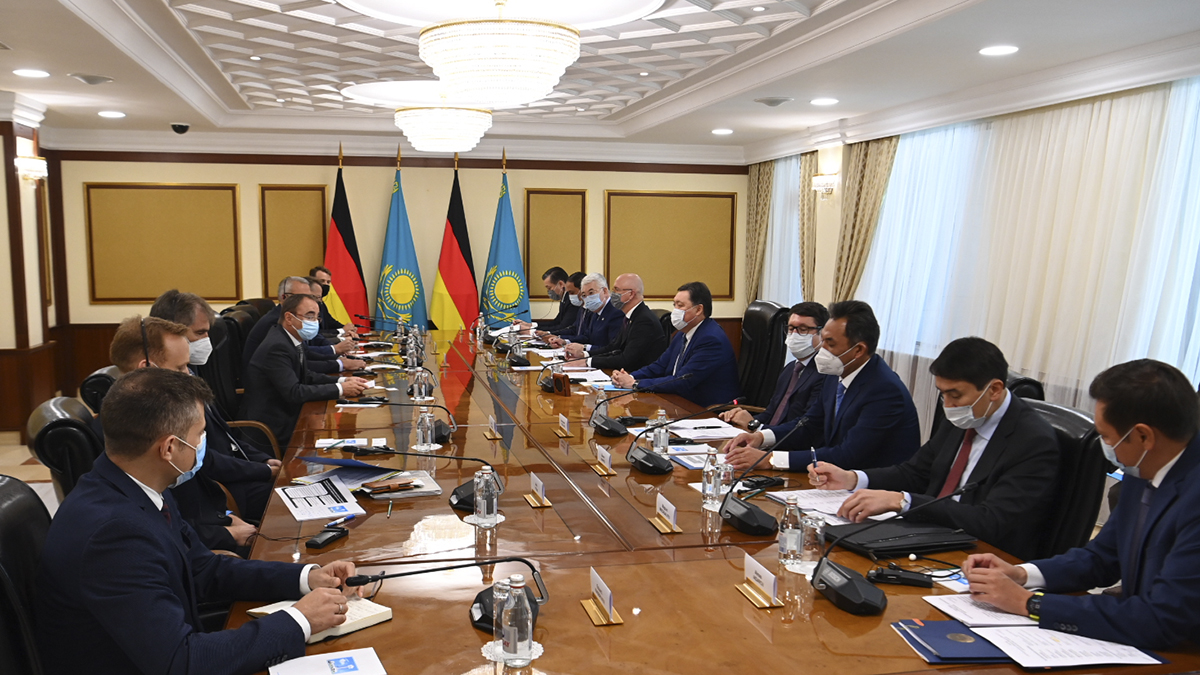 The parties discussed the state and prospects for the implementation of joint projects in the areas of renewable energy, gas processing, agro-industrial complex, mechanical engineering, mining and metallurgical industry, etc.

The Head of Government noted that Germany is one of the largest trading partners and key investors in Kazakhstan. Since 2005, the volume of direct foreign investments from Germany in the economy of the Republic of Kazakhstan amounted to about $5.1 billion. In the first quarter of 2021, this figure increased by 72% compared to the same period last year and exceeded $64.6 million.

In the first quarter of 2021, the trade turnover between Kazakhstan and Germany increased by 26% to $1.2 billion. Over 950 enterprises with the participation of German capital operate in Kazakhstan in the fields of energy, agro-industrial complex, mechanical engineering, construction and logistics sectors.

The meeting was attended by Deputy Prime Minister Roman Sklyar, Minister of Industry and Infrastructure Development Beibut Atamkulov, Minister of Agriculture Yerbol Karashukeyev, Minister of Energy Magzum Mirzagaliyev, Minister of Ecology, Geology and Natural Resources Serikkali Brekeshev, Chair of the Board of Samruk-Kazyna Sowereign Wealth Fund JSC Almasadam Satkaliyev, Ambassador of the Republic of Kazakhstan to Germany Dauren Karipov and others.