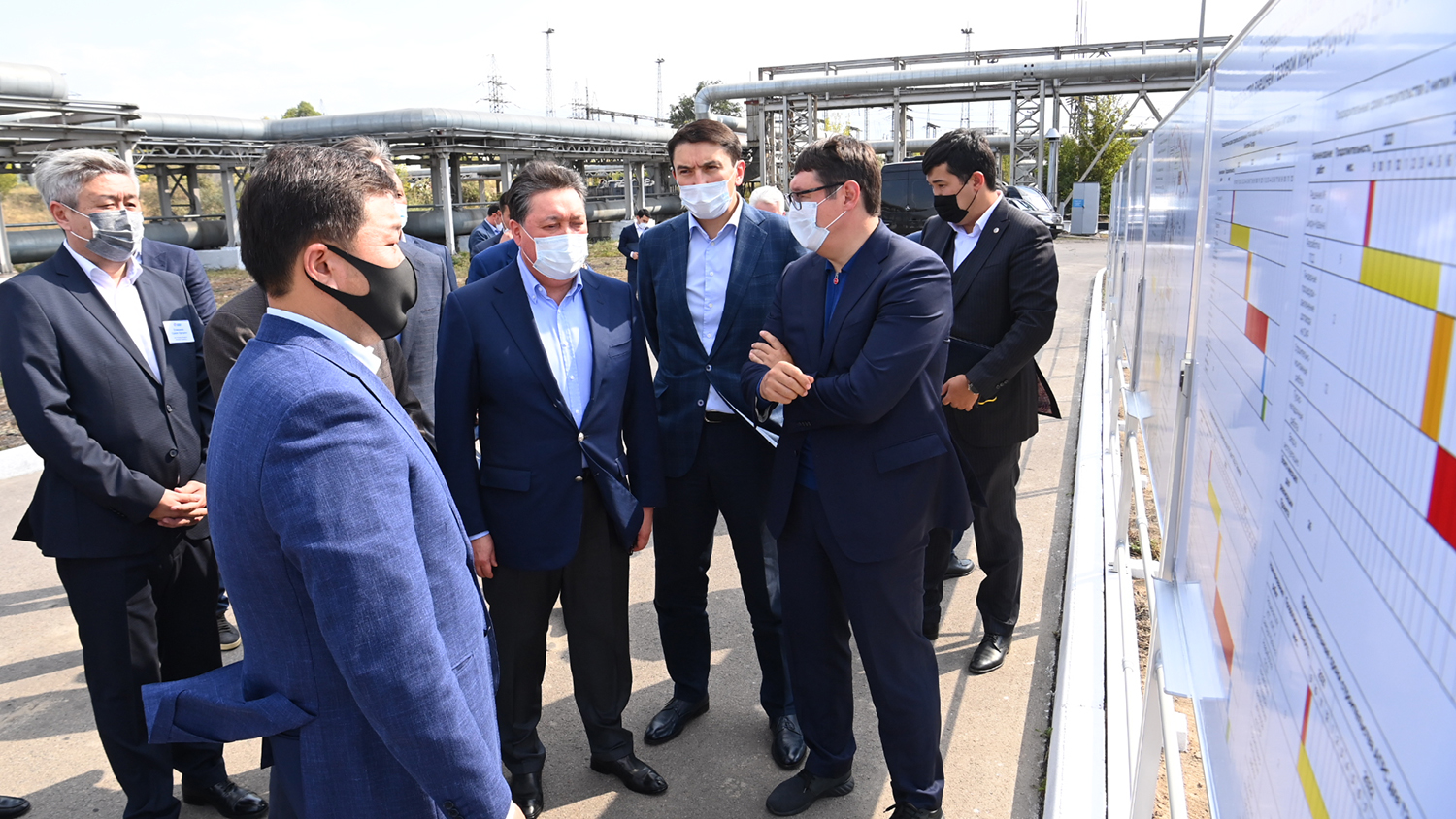 Prime Minister of Kazakhstan Askar Mamin, as part of his trip to Almaty, inspected the development of mudflow protection, energy, social, housing and tourist infrastructure of the megalopolis.

The Head of the Government got acquainted with the progress of construction of the Ayusai and Aksai mudflow dams, the Kargaly water intake structure, as well as the state of moraine lakes in the basins of the Aksai, Ulken and Kishi Almaty rivers. 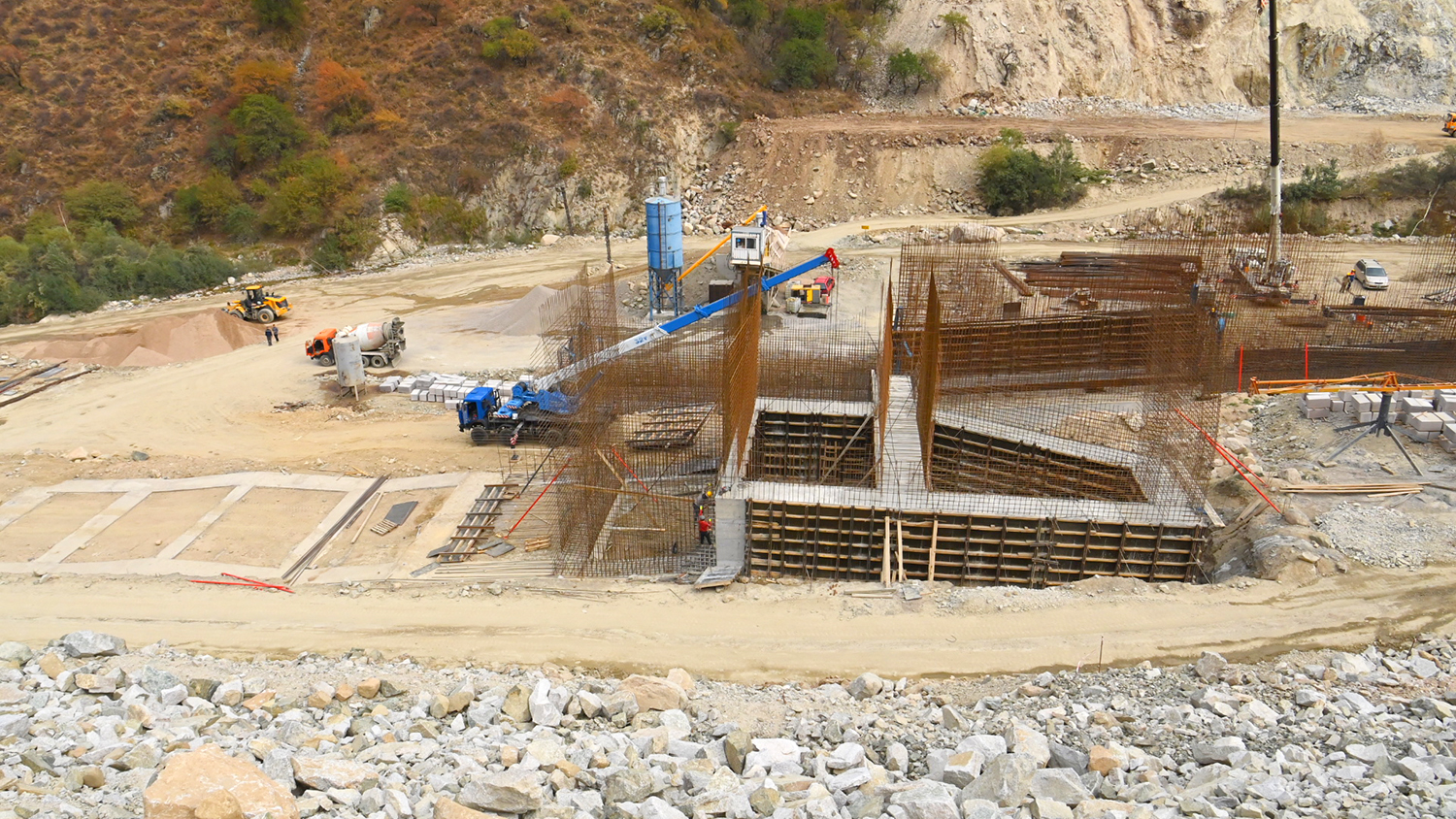 The construction of the Ayusai and Aksai mudflow dams will provide engineering protection from mudflows for a part of the Ile-Alatau national natural park, the objects of the cascade of Almaty hydroelectric power plants, the highway from Almaty to the Alma Arasan sanatorium, Nauryzbay district of Almaty.

Mamin instructed to complete the construction of dams on time: Ayusai — in October 2022, Aksai — in 2023. 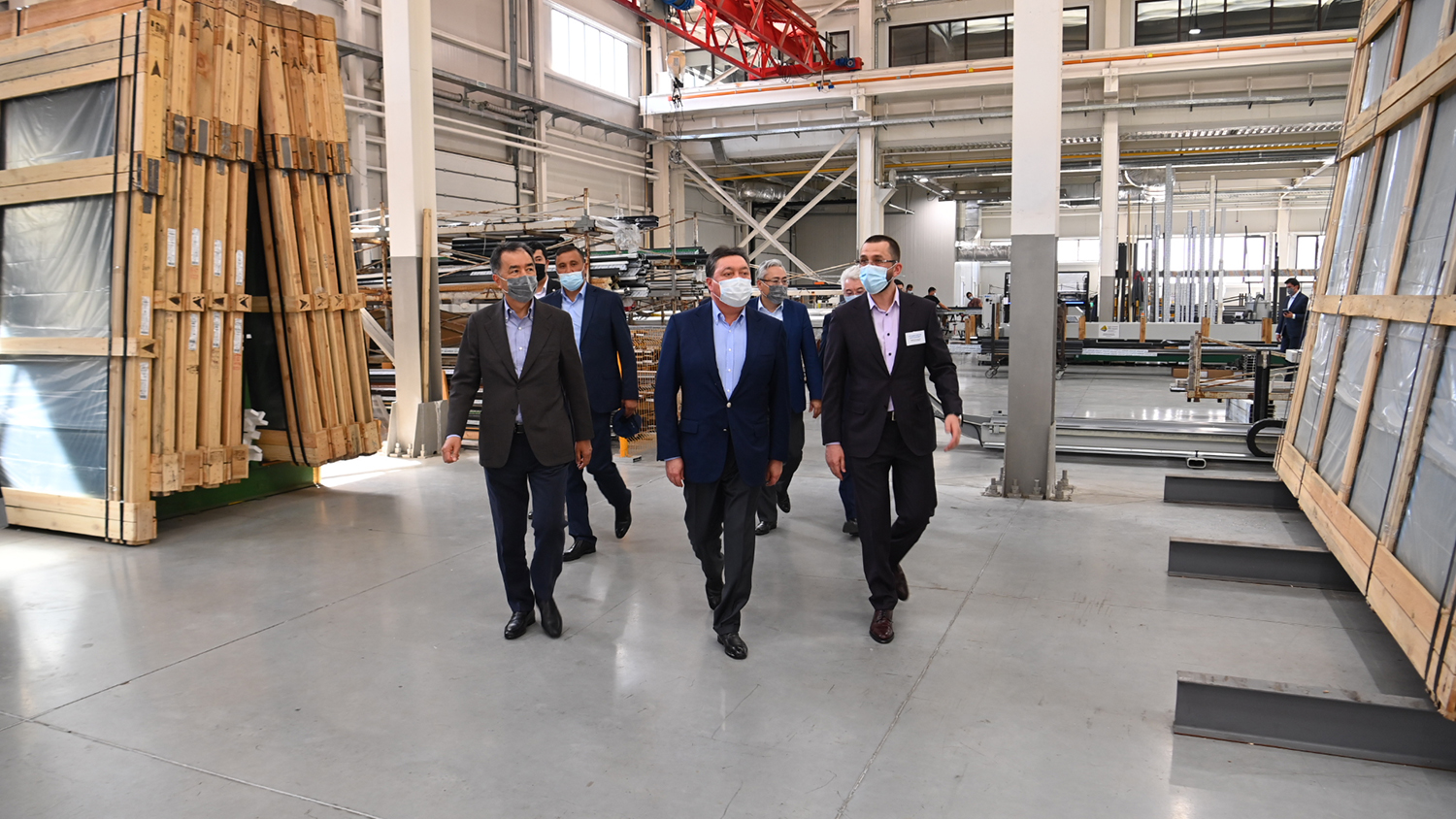 During his visit to Almaty TPP-2, the Chair of the Board of Samruk-Kazyna JSC Almasadam Satkaliyev reported to the Prime Minister on the progress of projects to modernize this largest thermal power plant in the megalopolis, as well as other facilities of the Almaty energy complex.

The implementation of these projects will allow minimizing the impact on the environment by reducing emissions of harmful substances into the atmosphere from 50.4 thousand to 6.7 thousand tons per year, as well as increasing the total capacity of the plants by 472 MW to 1,300 MW

In the industrial zone of Almaty, the Prime Minister visited the Bizhan Meat Processing Plant LLP. The enterprise with a full cycle of sausage production produces 5.5 tons of products per day. 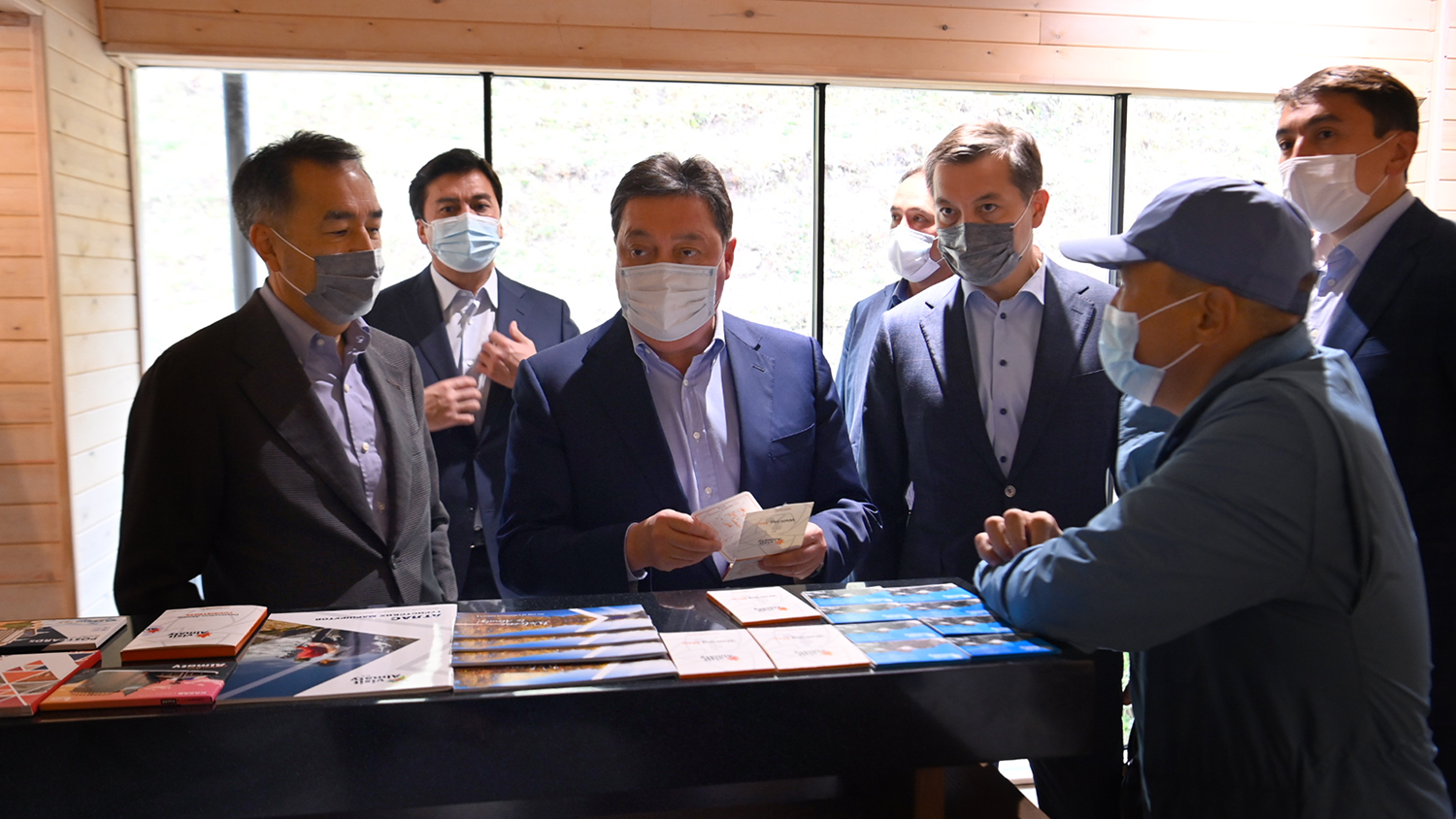 The Head of Government also got acquainted with the activities of the plant for the production of energy-efficient architectural facades of KSM TechnoVID LLP. The capacity of the enterprise is 475 thousand square meters of energy-saving PVC and aluminum profile structures per year. Modern automated equipment for the plant was purchased under lease financing through the Industrial Development Fund JSC.

During his visit to the Shymbulak ski resort, Ayusai and Gorelnik visit centers, the Prime Minister was reported on measures to develop tourism in Almaty and ensure the safety of tourists in the mountains. 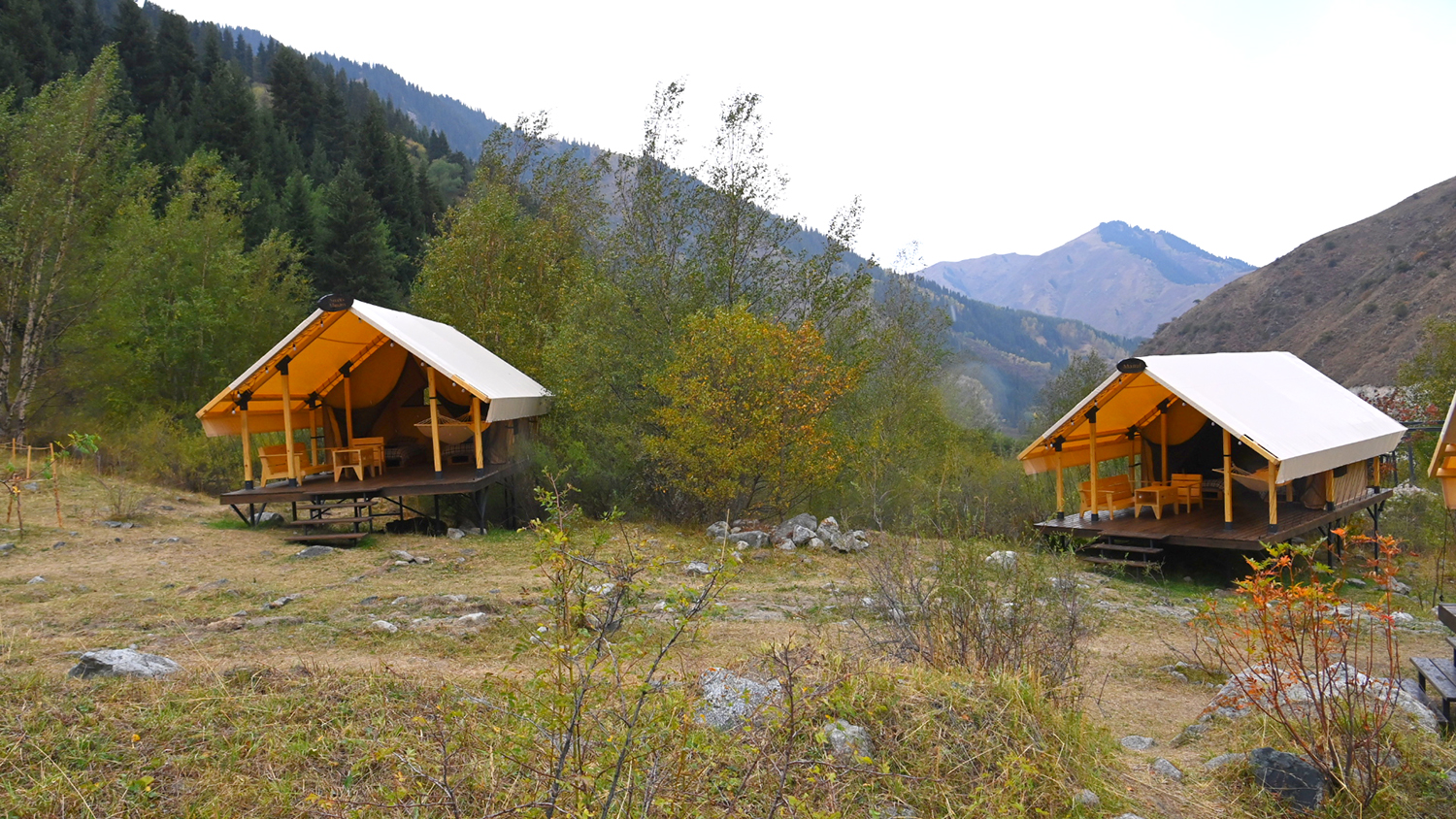 For 7 months of this year investments in the tourism sector of the megalopolis amounted to 56.8 billion tenge, which is 2.4 times more than in the same period last year. Projects for the development of the city's tourist infrastructure are being implemented — the construction of hotels, glamping and camping zones, visitor centers in the mountains, improvement of mountain trails, etc.

The Head of Government got acquainted with project of reconstruction of Shaken Aimanov film studio, as well as the construction of the National Scientific Center for Infectious Diseases of the Ministry of Healthcare in Almaty with a hospital for 350 beds, apartment buildings in the Zhas-Kanat microdistrict with a total area of ​​233 thousand sq. m.