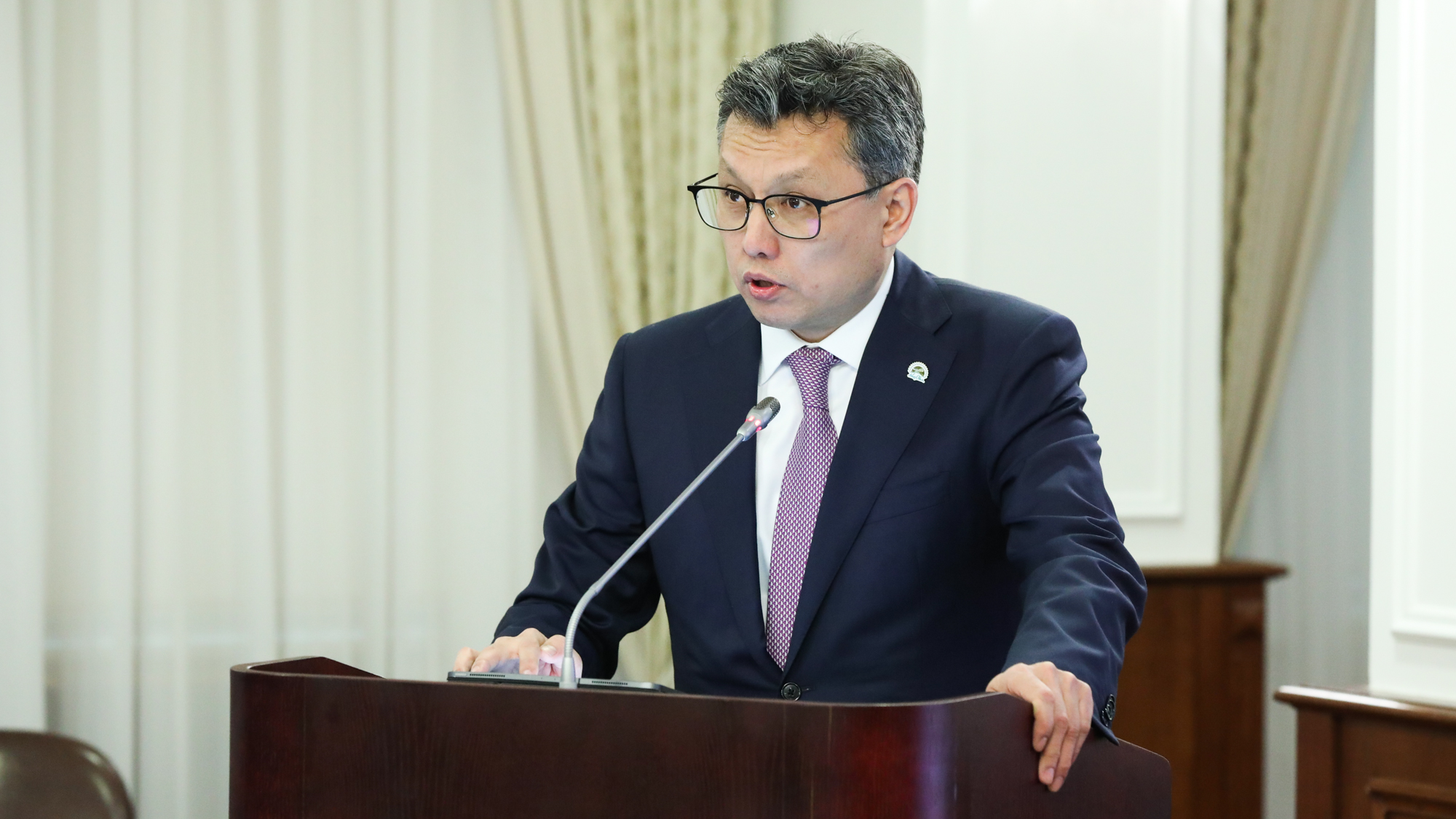 At the regular Government session chaired by Prime Minister Askar Mamin, measures to stabilize prices for socially significant food products were considered. The Minister of Trade and Integration Bakhyt Sultanov reported on the ongoing work.

“We believe that there are all the tools and opportunities for taking a number of operational and systemic measures. First, local executive bodies and territorial divisions of regulatory bodies need to maximize the use of existing mechanisms. It is necessary to use more actively the mechanism of setting marginal prices,” Sultanov said.

According to the minister, the formation and use of stabilization funds requires fundamental changes.

“One of such alternative tools is the stimulation of retail chains to accept obligations of price retention through preferential financing. We called it a 'reverse scheme' and more than once called on the regions to actively use it. However, this tool is not used anywhere except for the cities of Nur-Sultan and Almaty. In practice, the most effective mechanism for containing prices is still measures to protect market competition,” Sultanov noted.

In 2019, the antimonopoly authority sent 198 notifications, including 83 to retail chains. Of these, 182, including 75 retail chains, were executed. This allowed a relatively stable price increase. In December last year, they grew by only 0.1%, although in the corresponding month of the previous year this figure was 1.4%. When working with intermediaries, methods of dealing with price collusion should be applied.

Secondly, as Sultanov emphasized, it is necessary to ensure the saturation of the domestic market with domestic food products.

The Ministry of Trade and Integration held meetings with all associations of manufacturers of socially significant goods. The results of the meetings showed that Kazakhstan has great potential for increasing production of almost all food products. The State Program for the Development of the Agro-Industrial Complex provides a mechanism for establishing reciprocal business obligations to recipients of subsidies to increase agricultural production.

Thirdly, it is necessary to create a modern infrastructure for storage and delivery of goods to consumers.

“The creation of this infrastructure will save us from a network of inefficient intermediaries and will allow us to establish a transparent level of marginality along the entire value chain. A channel for direct marketing of products for domestic producers will appear, eliminating inefficient intermediaries. Necessary conditions will be created for storage and efficient distribution of products,” Sultanov said.

At the same time, the ministry, together with state bodies and development institutions, is working to create an effective commodity distribution system in Kazakhstan.

On Jan. 15, 2020, a new project office under the prime minister was created, which has already begun to hold meetings on a weekly basis with the participation of interested government agencies and the Asian Development Bank.

“Within the framework of the commodity distribution infrastructure, it is planned to create 15 agro-logistics centers. The centers will be located near manufacturers and will collect, store and preprocess goods. A network of wholesale distribution centers will also be created. These multifunctional centers will become a meeting place for manufacturers and customers. A system of modern wholesale markets will be formed and the logistics of goods delivery will be optimized,” Sultanov explained.

“In December 2019, the mobile application for price monitoring, PRICE SCANNER, was launched in Karaganda. All pricing data is based on information from citizens. In addition, work is underway to launch electronic trading platforms. For example, platforms like Ogay Bazar, Happy food Astana have been created today, which will optimize the supply chain of products from producer to consumer and increase the availability of goods for the population,” the minister informed.

In turn, the Minister of Agriculture Saparkhan Omarov reported that the department is implementing a set of measures to saturate the domestic market with food products. 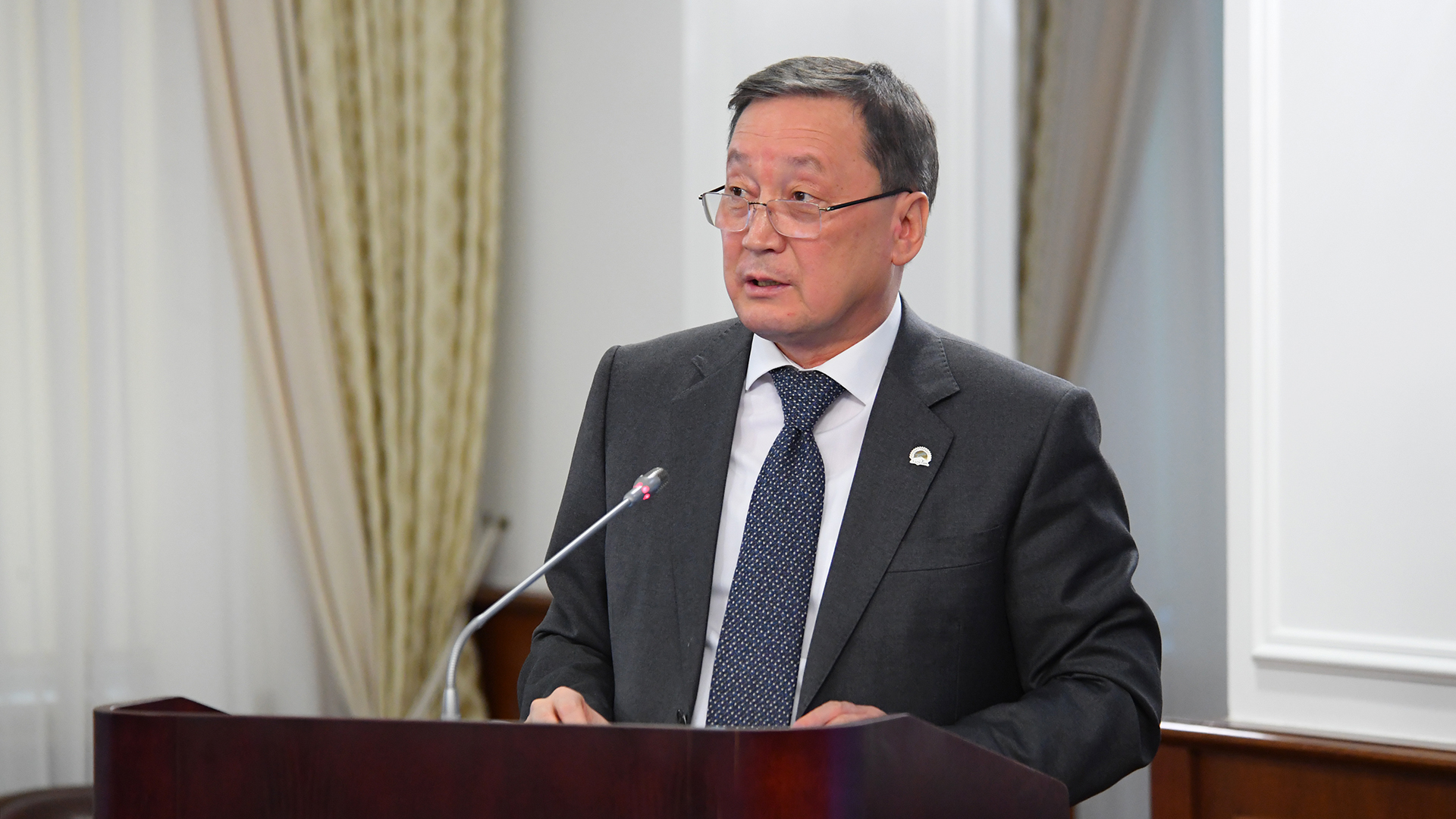 “In particular, import substitution will be carried out on poultry meat, cheese and cottage cheese, butter, sugar, apples and sausages. Long-term industry programs have already been developed. In 2020, 25 dairy farms with a capacity of 105 thousand tons, three meat processing plants, eight poultry farms with a capacity of 73 thousand tons will be built, it is planned to lay gardens on 2,000 hectares, construction of two sugar factories with a total production capacity of 200 thousand has begun. tons of sugar per year in Zhambyl and Pavlodar regions and it is planned to modernize three existing sugar factories,” the minister of agriculture said.

Along with this, irrigated lands will be expanded, including for fodder land by 45 thousand hectares, for vegetables by 15 thousand hectares, and by diversification, sown areas will be increased for highly profitable crops such as oilseeds, legumes, industrial crops. This will reduce the share of imports in 2020 from 36.2% to 31.2%. And by 2024, to ensure the saturation of the domestic market with these food products in full.

As Omarov noted, today there are already positive developments. So, for example, for apples, the yield over the past three years has grown from 70 to 74 kg / ha. Accordingly, production increased by 18%. The supply of domestically produced apples increased from 65 to 69.5%.

For pasta, in 2019, 165.3 thousand tons of pasta were produced (growth by 4.3% compared to 2018), domestic consumption is estimated at 140 thousand tons, which fully covers the population’s need for pasta.

The Regional Representative of the Asian Development Bank in Kazakhstan Giovanni Capannelli said that ADB has developed a detailed Master Plan and Roadmap for the development strategy of wholesale markets, agro-logistics and wholesale distribution centers. 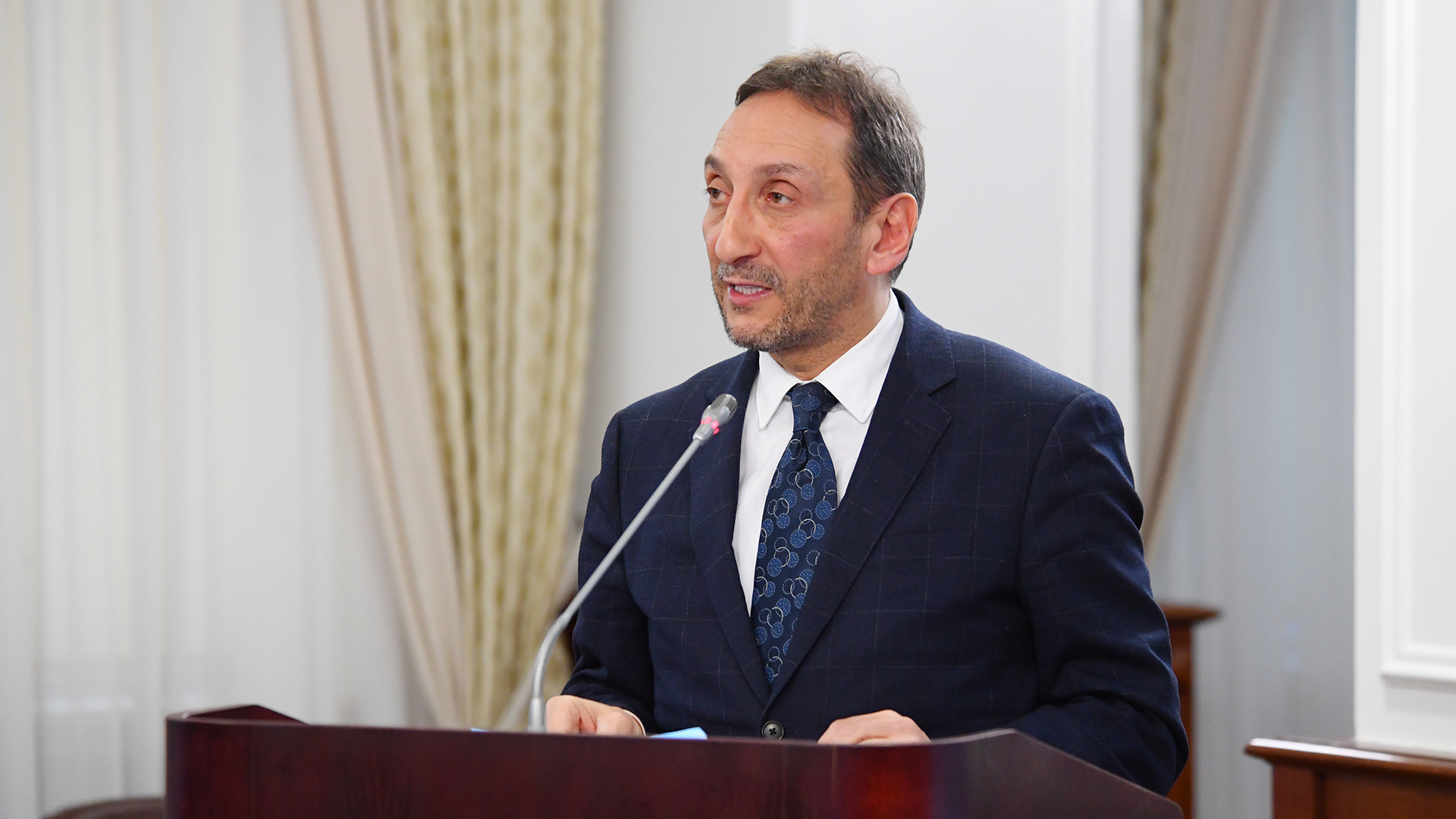 According to Capannelli, the creation of agricultural wholesale markets and agro-logistics centers will reduce the volatility of prices for grocery products, and farmers will receive a fair share of the trade margin, which, in turn, will allow them to generate more income and reduce post-harvest losses. 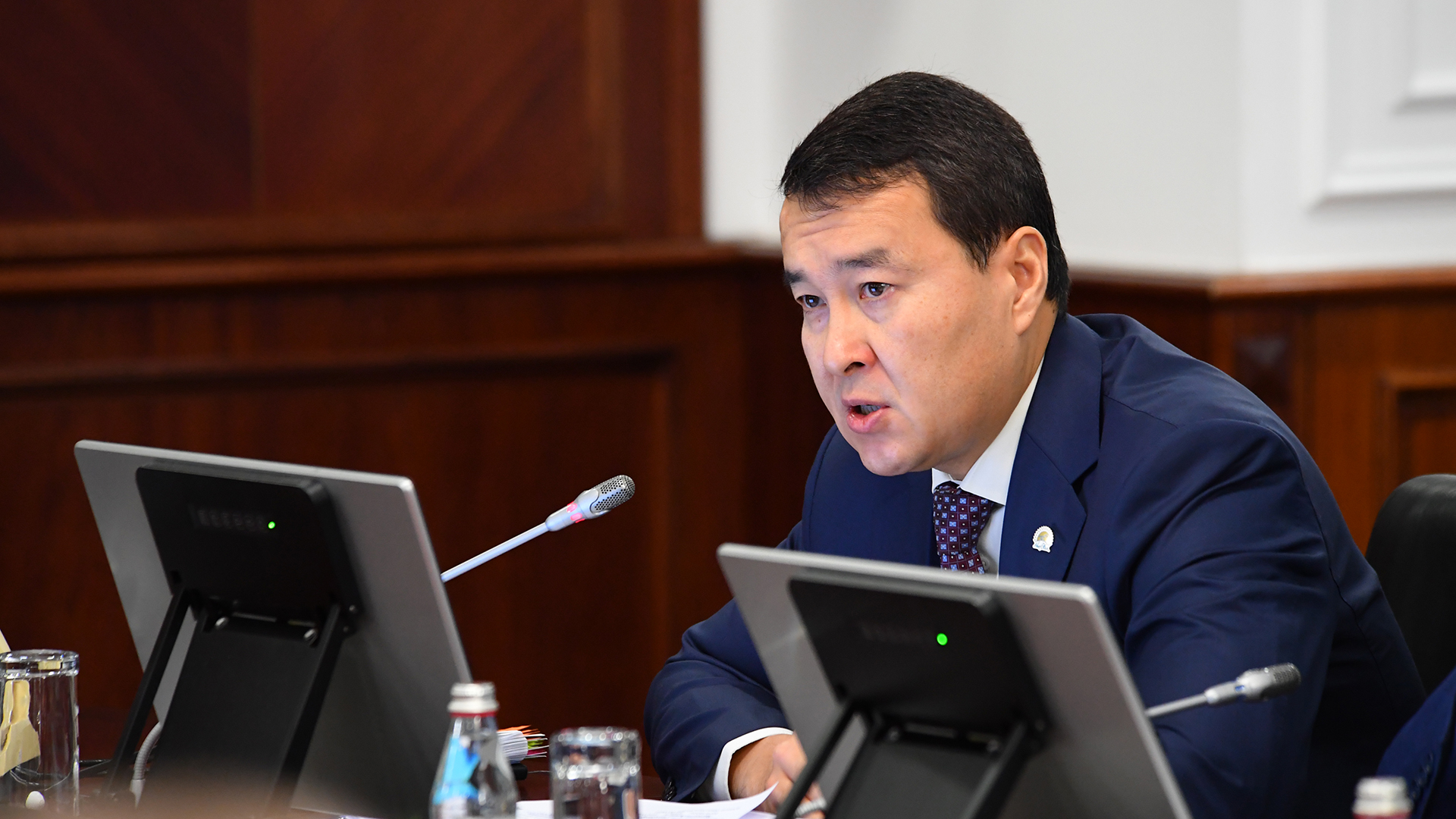 First Deputy Prime Minister – Minister of Finance Alikhan Smailov, in turn, said that as part of the execution of Prime Minister Askar Mamin’s order to stabilize prices for socially important food products, a package of short-term and long-term measures was prepared and is being implemented. He emphasized that regional akims should pay special attention to the implementation of these measures. As part of short-term measures to prevent food price increases, the Ministry of Agriculture together with local executive bodies, should prepare production, export, import and consumption balances for significant types of food products. Based on these balances, it will be necessary to ensure the required volume of food supply in the domestic market of each region.