The meeting was attended by deputies of the Majilis of the Parliament of the Republic of Kazakhstan, representatives of central state bodies, deputy akims of regions, representatives of non-governmental organizations, public associations, the Commissioner for the Rights of the Child.

The deputy prime minister noted that the government of Kazakhstan allocated 435 billion tenge for social protection of persons with disabilities this year, next year funding will increase to 457 billion tenge. 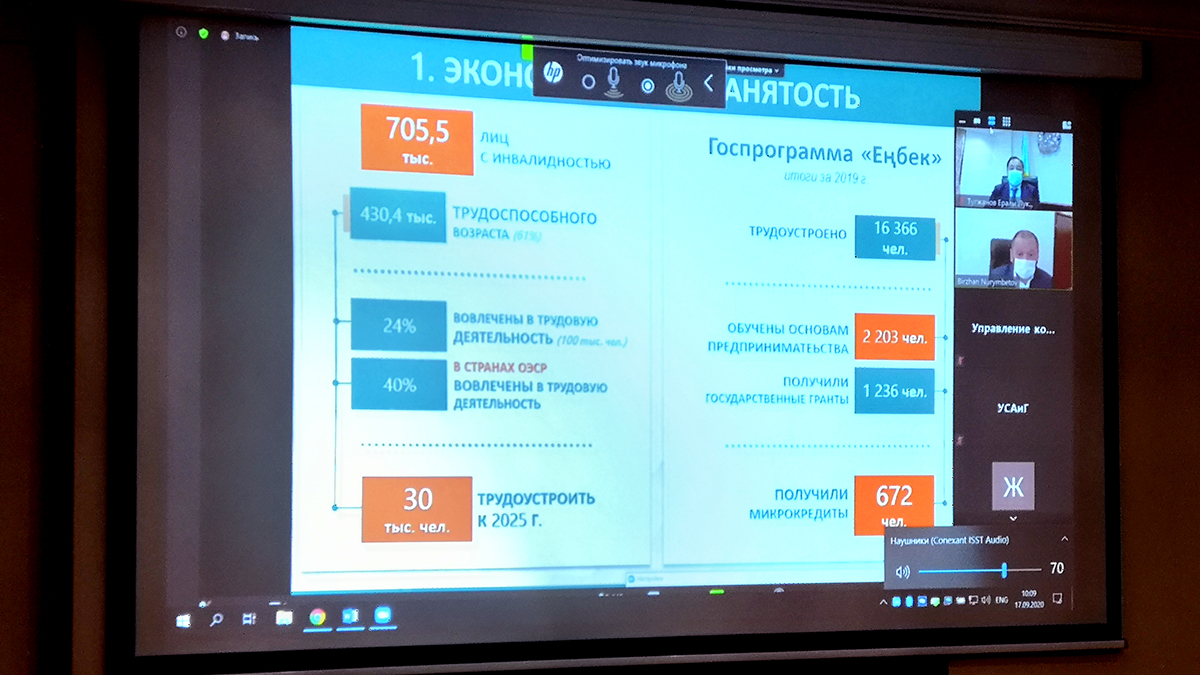 The heads of the central state bodies reported on the progress in the implementation of the National Plan for Ensuring the Rights and Improving the Quality of Life of Persons with Disabilities until 2025.

According to the Minister of Labor and Social Protection of the Population Birzhan Nurymbetov, due to the limited choice of profession for persons with disabilities, for the first time in Kazakhstan, together with UNDP, a project is being implemented to develop an Atlas of professions for persons with disabilities. This will allow employers, employment centers and private HR-agencies, depending on the type of restriction, to select suitable vacancies.

Also at the meeting, the Ministry of Labor and Social Protection of the Population presented a draft Law "On Amendments and Additions to Certain Legislative Acts of the Republic of Kazakhstan on Social Protection of Certain Categories of Citizens." The bill was developed within the framework of the concept of a hearing state to strengthen support measures for persons with disabilities.

At the end of the meeting, Yeraly Tugzhanov instructed the central state and local executive bodies to ensure the timely and high-quality implementation of the National Plan, as well as the development of the Draft Law, taking into account public opinion.