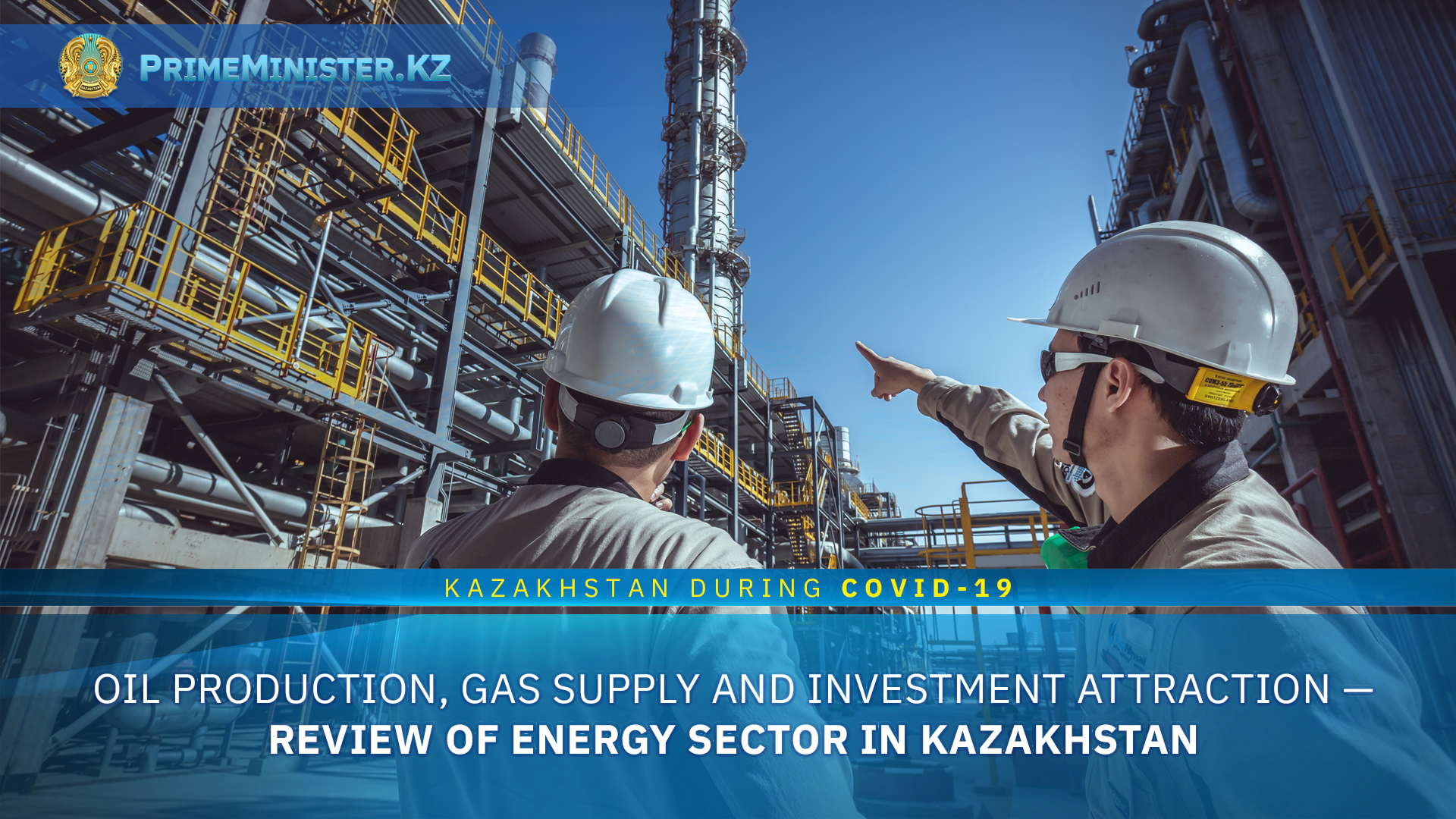 Today at a reporting public meeting, Minister of Energy Nurlan Nogayev spoke about the development of the main directions of the energy industry.

According to the minister, in 2020 oil production of 90 million tons was planned, but in the current situation, due to the reduction in prices and the spread of coronavirus in the world, plans have been adjusted. 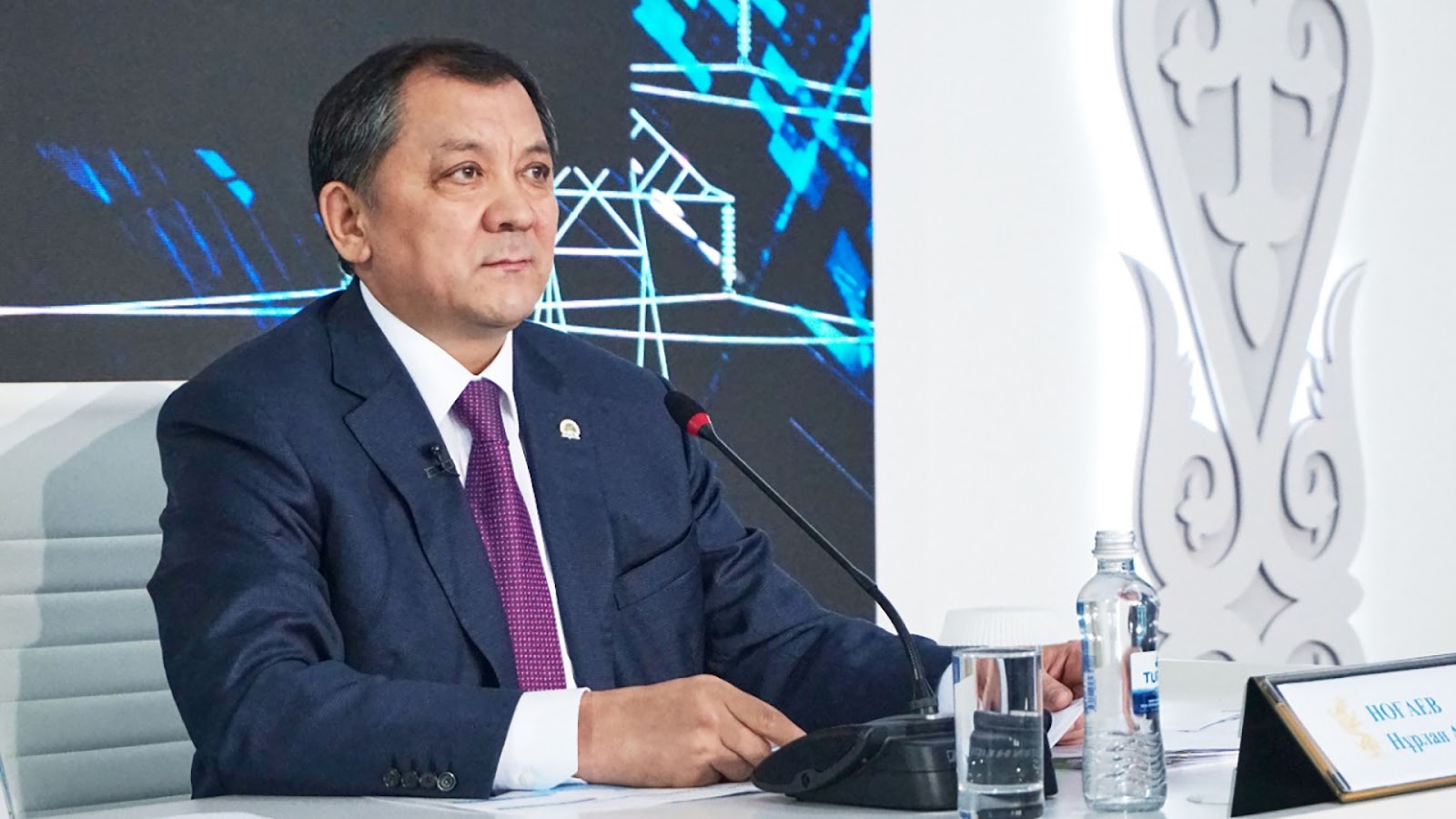 “This year we plan to produce 86 million tons of oil — that is, 4.5% lower than planned. Kazakhstan has joined the OPEC + agreement, which enables us to avoid overstocking tanks and a possible shutdown at some fields,” Nogayev explained. 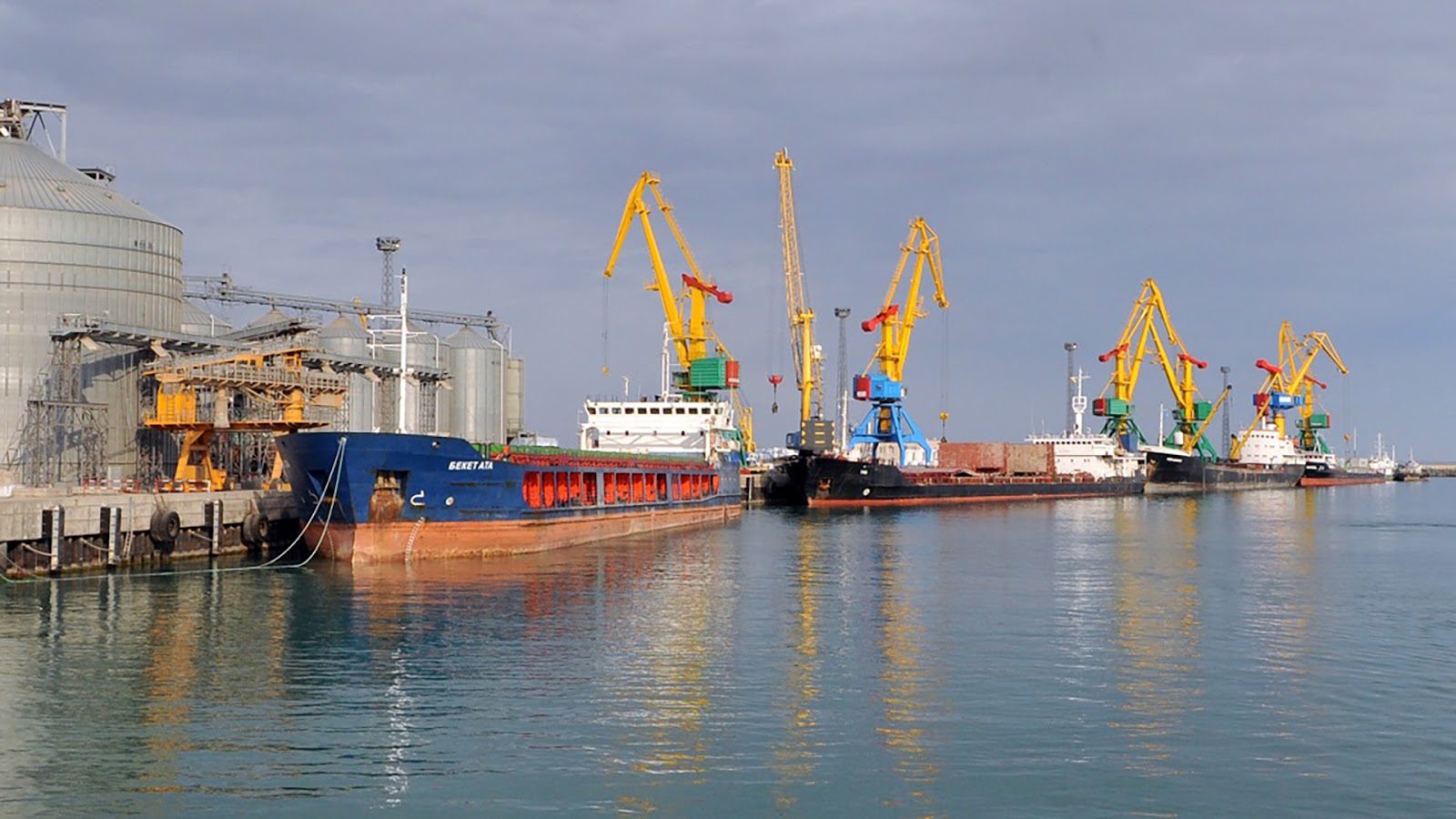 Participation in the OPEC + agreement is aimed at restoring the balance of supply and demand, restoring oil prices. In order to avoid the risk of overstocking oil, the Ministry of Energy decided to limit production in medium, large and giant fields. A fair distribution of obligations to reduce oil production for all types of fields was envisaged.

“In the event that we would not reduce oil production, this could lead to overstocking of oil storage facilities in the second quarter of 2020, to a shock stop of production at some fields. Thanks to participation in the transaction, all market players came to a controlled and smooth reduction in oil production. We made the reduction as painless as possible, avoiding a complete stop of production at some fields,” Nogayev said. 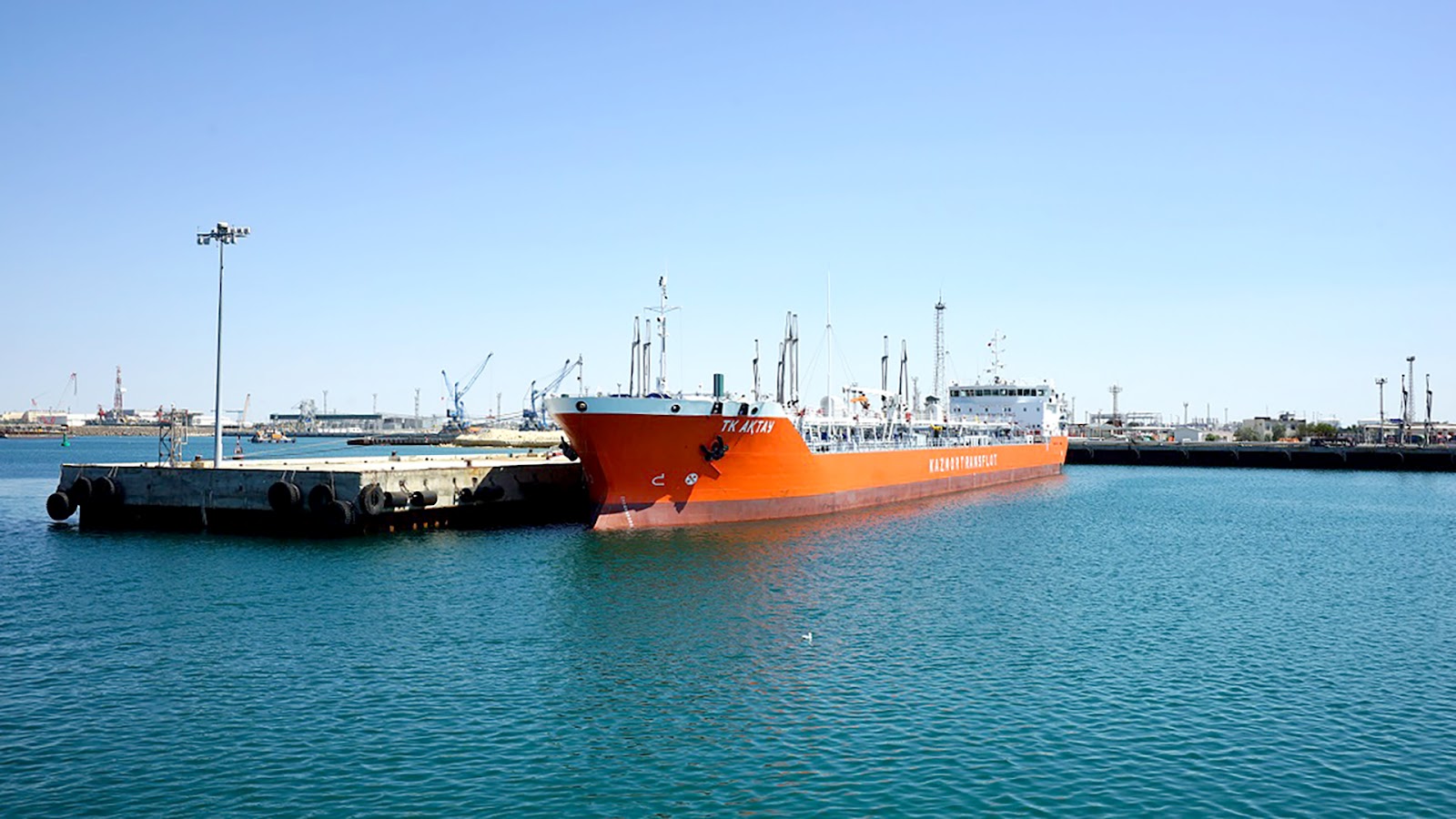 In May-June 2020, the member countries of the OPEC + Agreement plan to reduce total oil production by 9.7 million barrels per day. Kazakhstan has committed to reduce production by 390 thousand barrels per day. The average daily oil production (without condensate) in Kazakhstan as of May 25 is 177.8 thousand tons of oil, which indicates the fulfillment of the obligations of the OPEC + transaction.

According to the minister, in 2019 the volume of oil refining increased by 4.4% compared to 2018 and amounted to 17.1 million tons (taking into account Condensate JSC and Caspibitum LLP). It is planned to process 17 million tons in 2020. At the same time, the volume of production of the main types of petroleum products (jet fuel, diesel, gasoline, fuel oil) in 2019 increased by 9.5% by 2018. This year's plan is 12.5 million tons. 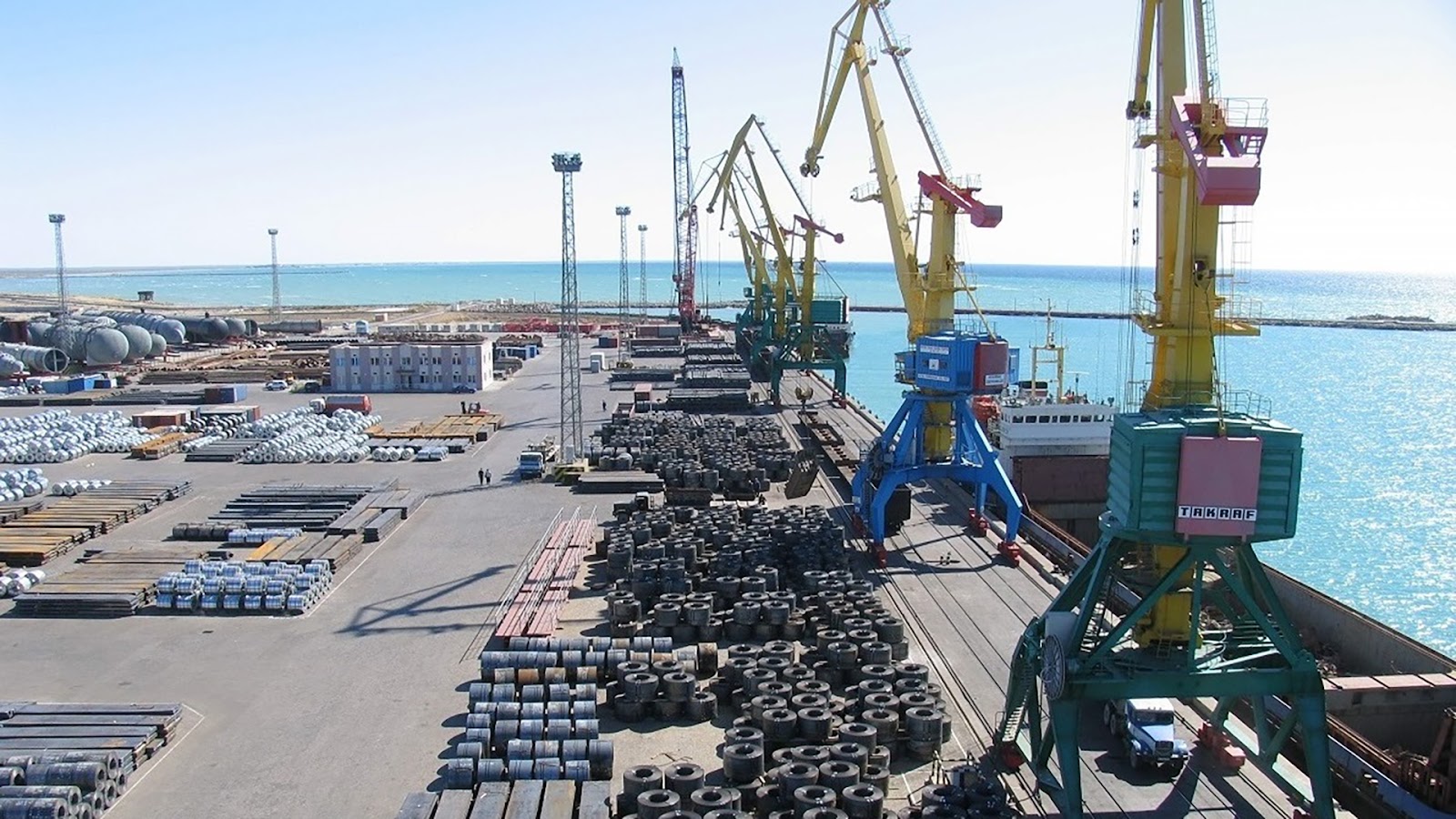 The decrease in fuel and lubricants consumption in Kazakhstan did not entail the need to change the targets for oil refining, while it remains at the same level — 17 million tons of oil.

In July 2019, after the ban was lifted, gasoline export began to the countries of Europe and Central Asia. The volume of gasoline exports amounted to 180.7 thousand tons. Further, in order to ensure stable oil refining by domestic refineries and to prevent overstocking of petroleum products, the ministry, together with interested state bodies, took the following measures:

It should be noted that in 2019, despite the overhaul of major projects, the volume of oil production reached 90.5 million tons, oil and condensate export amounted to 72.2 million tons. The forecast for 2020 is 67.5 million tons. 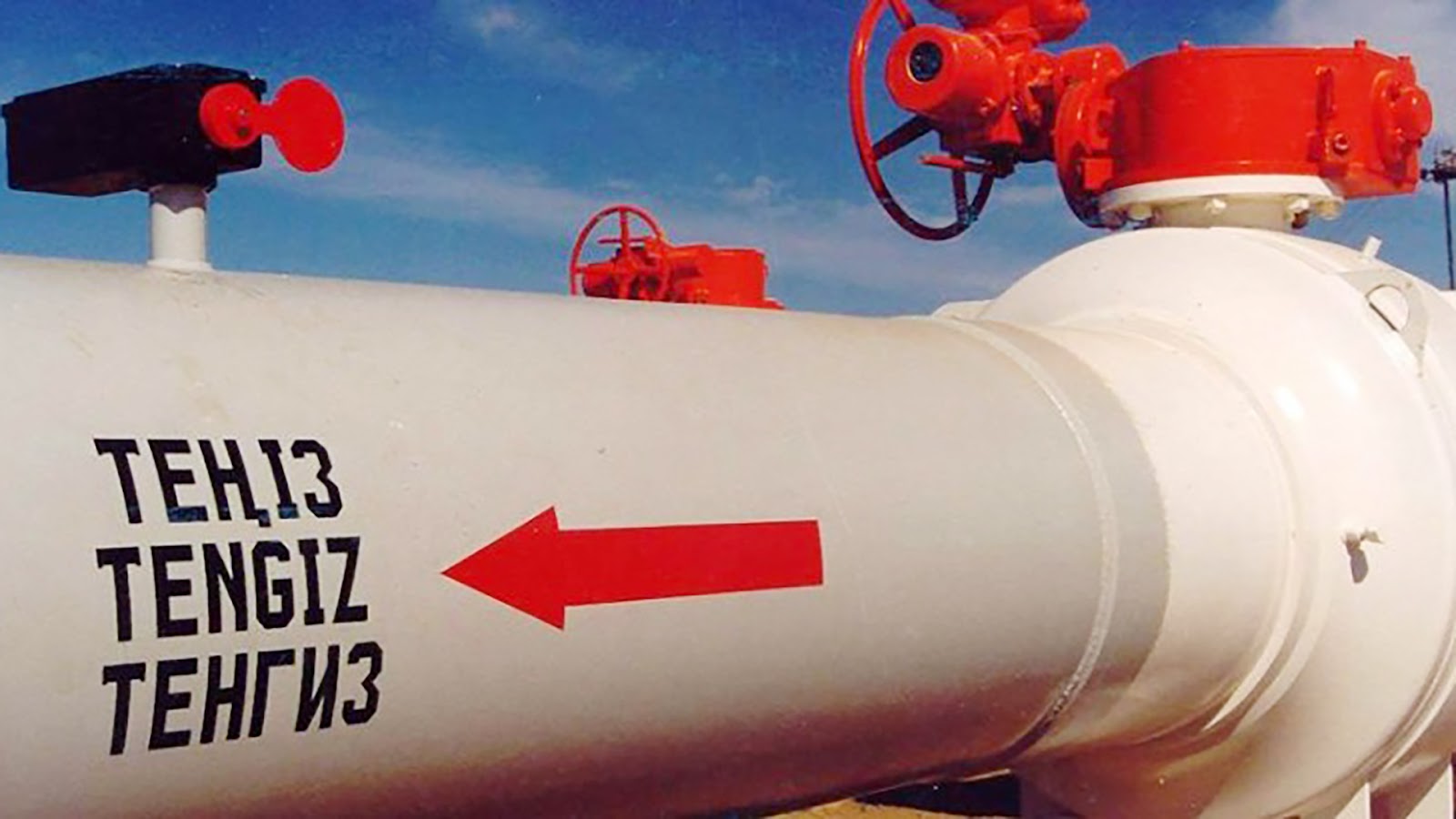 Currently, the project for the future expansion of Tengiz worth $45.2 billion, where 36% ($16 billion) is the Kazakh content. About 230 domestic service companies participate in construction work, metal fabrication and other works. Upon completion of the project, it will be possible to produce an additional 12 million tons of oil.

Kashagan is expected to continue work on the implementation of projects for the construction of a new gas processing plant and the modernization of compressors in order to achieve a production level of 450 thousand barrels per day by 2022. Together with the contracting companies, a Road Map will be adopted for the second stage of the Kashagan field.

The construction of a gas processing plant with a capacity of 1 billion m³ will additionally produce about 8 million tons of oil during the contract period and obtain 700 million m³ of marketable gas. 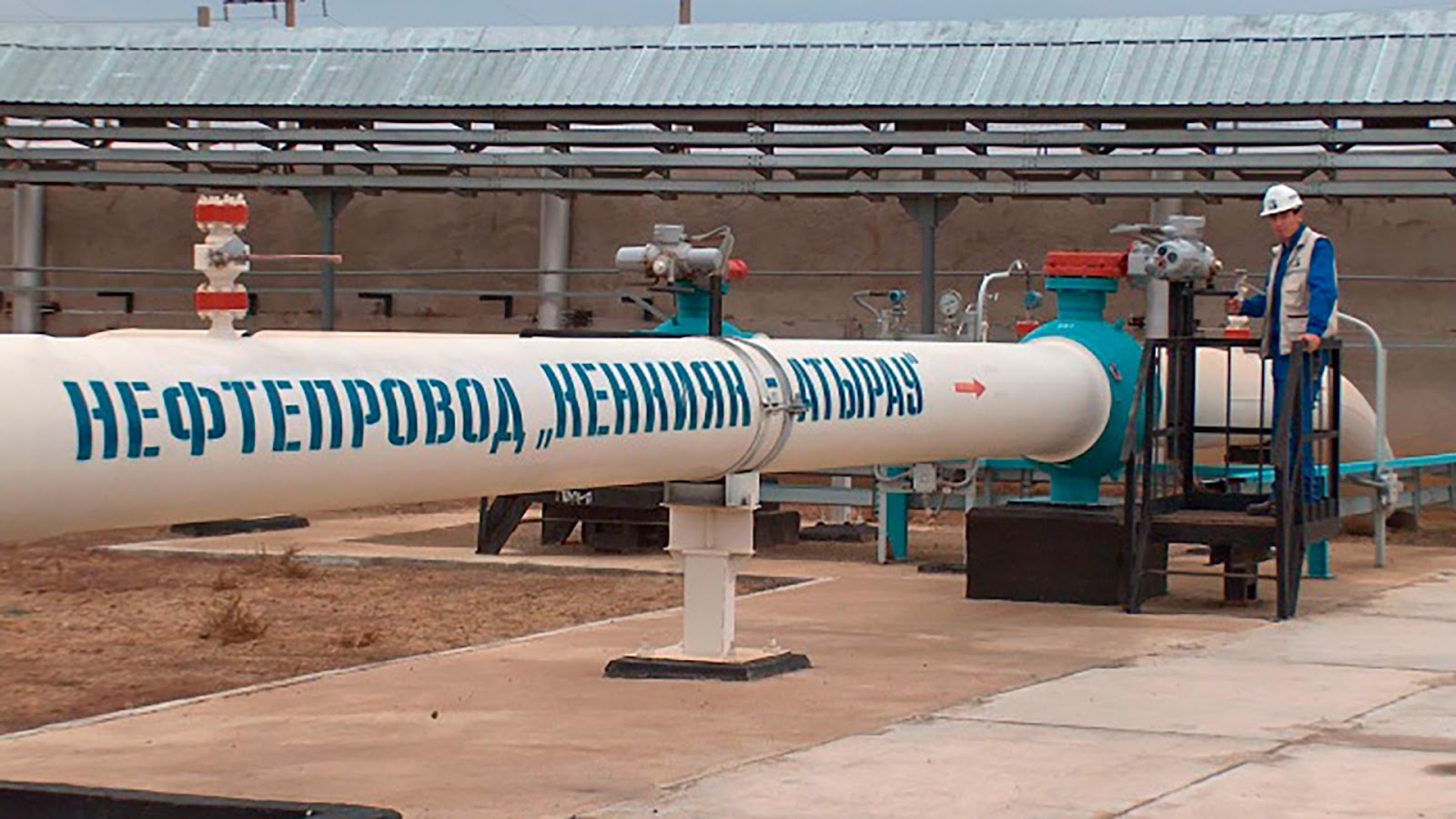 Under the Karachaganak project, investment projects are in the active phase and ahead of the implementation schedule. In December last year, the 5th field pipeline was commissioned, designed to modernize the existing infrastructure of the gas re-injection network.

In addition, the republic has already created and successfully operates enterprises for the production of lubricants, road bitumen, aromatic hydrocarbons, as well as polypropylene and an octane-raising additive for MTBE type gasoline.

At present, four plants are operating, producing more than 700 types of motor, transmission, industrial and other oils with a total capacity of 145 thousand tons per year: 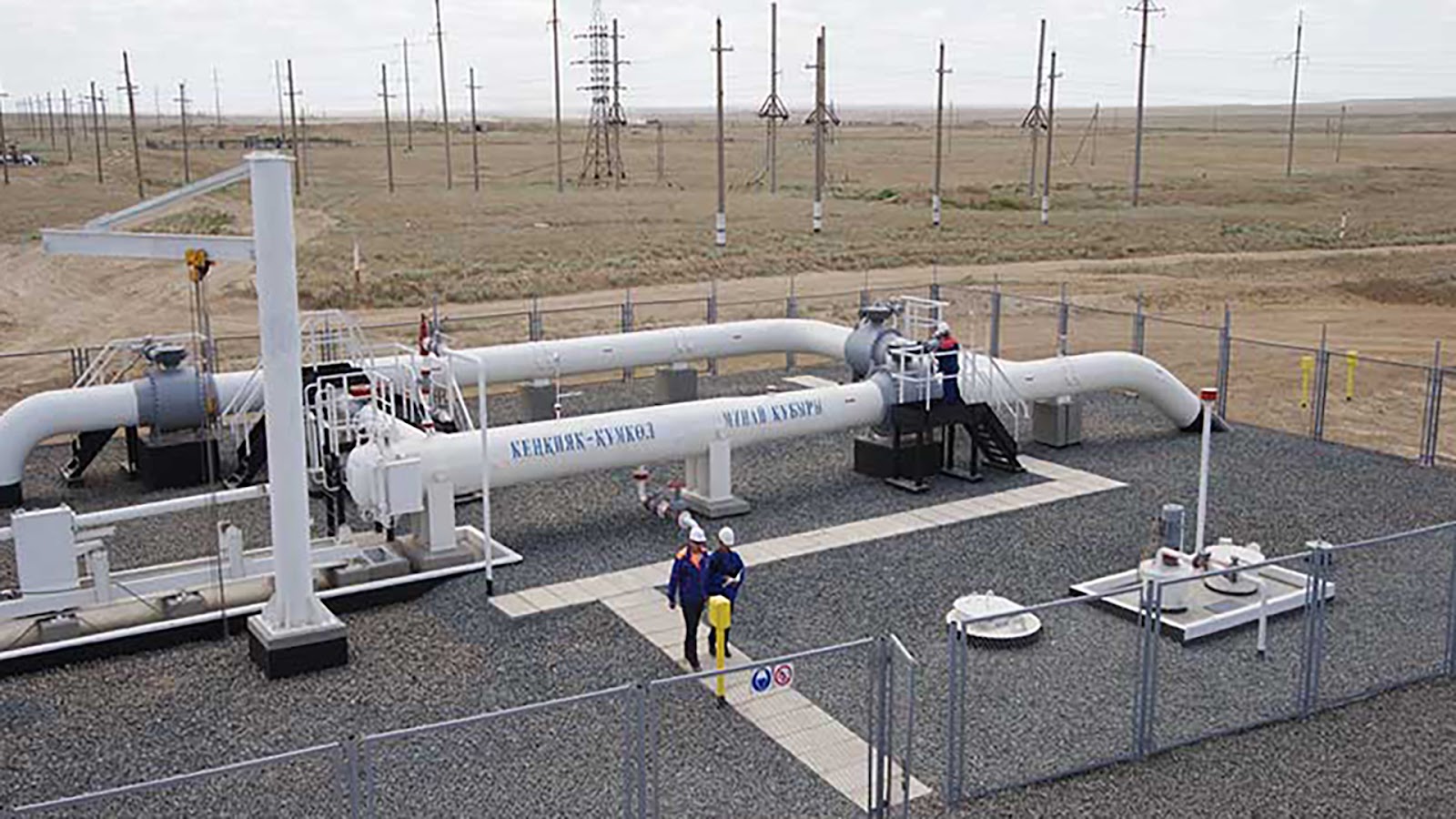 In 2018, in the Atyrau region, on the territory of the petrochemical free economic zone, the construction of a gas-chemical complex for the production of polypropylene with a capacity of 500 thousand tons / year, worth $2.6 billion, was scheduled for completion next year.

Also on the territory of the SEZ, it is planned to implement a project for the production of polyethylene with a capacity of 1.25 million tons per year.

In the Turkistan region, the construction of a plant for the production of polypropylene and octane-raising additives for gasoline is underway, with a capacity of 80 thousand and 60 thousand tons, respectively.

In addition, in the Mangistau region, a $1.8 billion project for the production of methanol (with a capacity of 1.5 million tons / year) is at the design stage.

Only the implementation of these projects will attract investment in the amount of about $11 billion, create more than 13,000 jobs at the construction stage and more than 1,500 permanent jobs. The contribution to the GDP of the two projects is estimated at almost 1.9%.

In addition to the above-mentioned projects, today at various stages of development are projects with a total value of $3 billion, the implementation of which is planned in the Zhambyl, Atyrau and Turkistan regions.

To attract investment in the development of the petrochemical industry, the ministry provides accented state support. 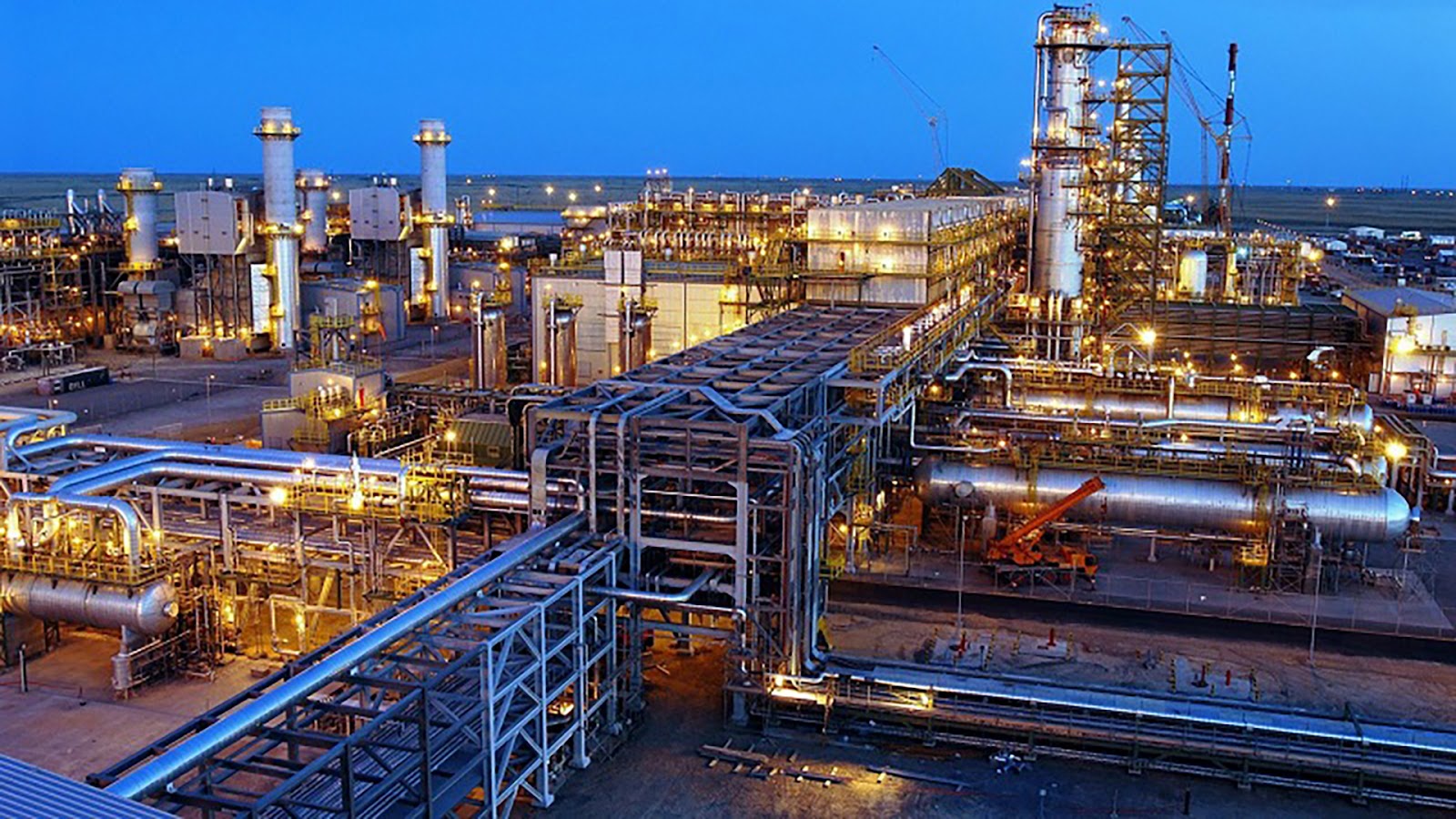 “At present, the Ministry of Energy has created a Petrochemical Design Group, which includes representatives of companies and operating plants. Within this group, we work closely with the Ministry of Trade and Integration to accelerate the export of petrochemical products. Thus, the production of basic petrochemical products will serve as a solid foundation for the development of deep processing in the oil and gas sector, which is consistent with our strategy to diversify the commodity economy and the desire for technological development,” Nogayev explained.

Developing local production and gas supply in the country

Currently, the ministry pays great attention to the development of local content in the procurement of goods, works and services of subsoil users. So, in 2019, when conducting oil operations, the share of Kazakhstani goods amounted to almost 20%, and work and services reached almost 50%. Uranium operations also show growth.

To ensure the undoubted advantage of the purchase of domestic goods, the ministry amended the Rules for the acquisition by subsoil users and their contractors of goods, works and services used in operations for the exploration or production of hydrocarbons and uranium mining. These changes will allow subsoil users and their contractors to purchase goods of Kazakh origin from a single source without competitive procedures. At the same time, the goods must have the ST-KZ certificate or an industrial certificate issued by the Atameken National Chamber of Entrepreneurs of the Republic of Kazakhstan. 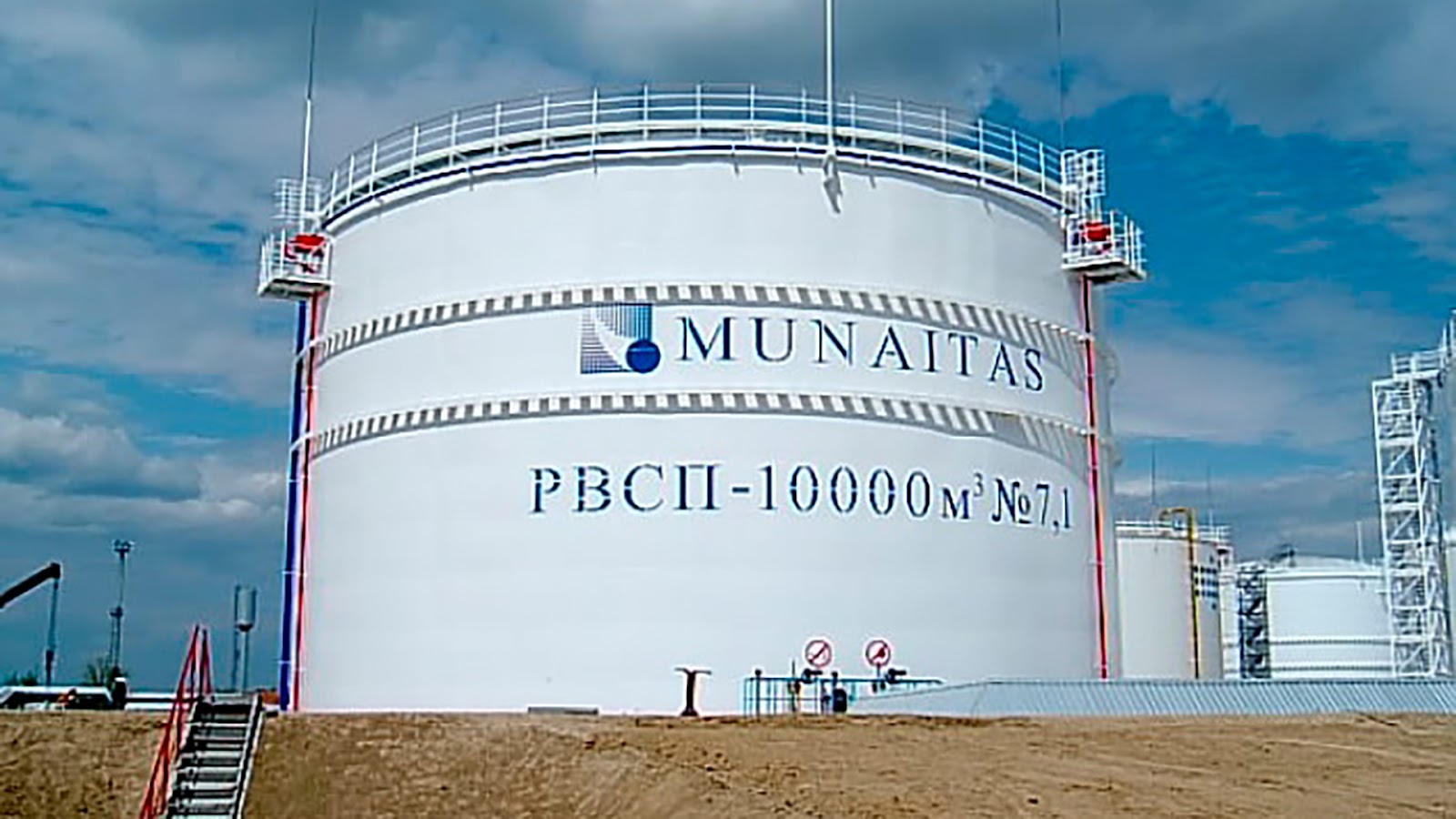 This year it is planned to export 17.2 billion m³ of gas.

In 2019, 88 gas supply projects were implemented at the expense of the republican budget for a total of almost 40 billion tenge (46 projects in 2018).

To date, the construction of the Saryarka gas pipeline has been completed, the facility was commissioned on Dec. 27, 2019. Thus, 1,061 kilometers of the gas pipeline were built in record time, which testifies to the coordination of work and the high professional preparedness of specialists, the innovativeness of the technologies used in the process. During the construction of the gas pipeline, domestic manufacturers and suppliers are involved as much as possible. 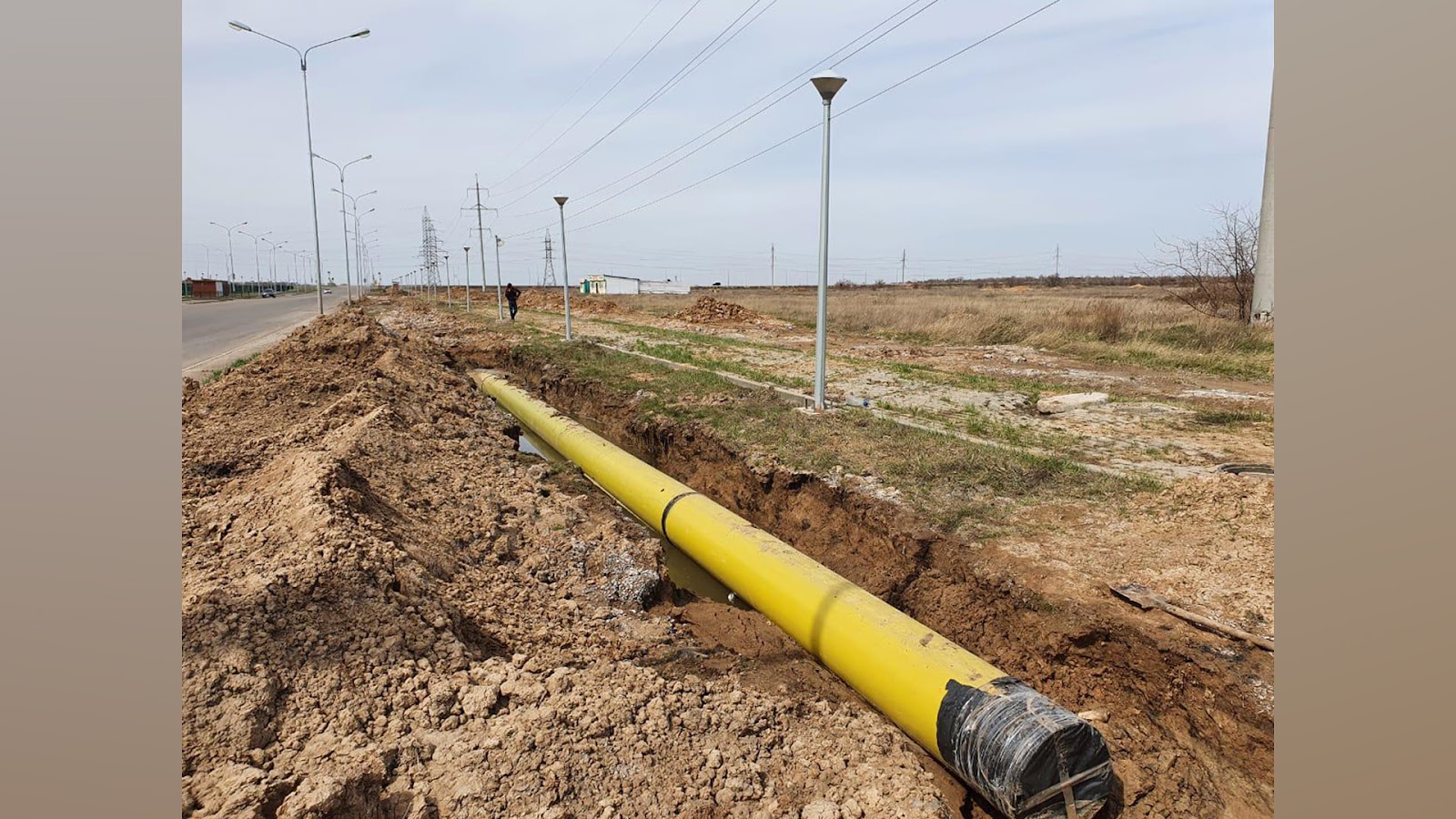 The main gas pipeline will provide natural gas to residents of the cities of Nur-Sultan, Karaganda, Temirtau, Zhezkazgan and the neighboring 171 settlements along the gas pipeline (by 2030, approximately 1.5 million people).

The implementation of the project will bring a multiplier effect, will give impetus to the development of small and medium-sized businesses, which constitute the basis for the prosperity of the economy for the regions along the main gas pipeline, as well as our capital. To supply gas to the consumer, the Akimats of Nur-Sultan and the Karaganda region are currently constructing gas distribution networks in accordance with the approved schedules. 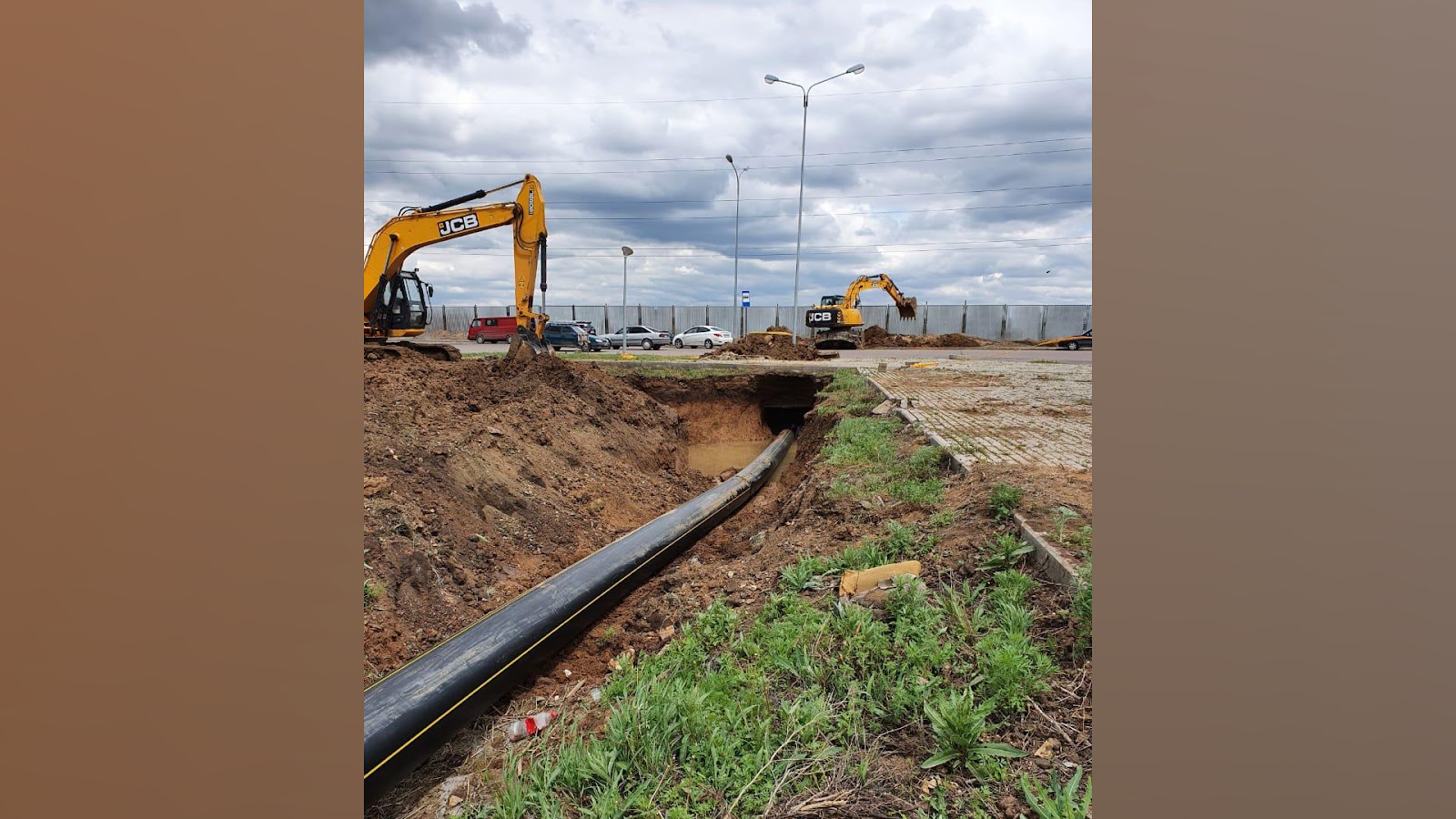 The issues of implementation of the subsequent stages of the Saryarka Gas Pipaline, that is, the construction of the Nur-Sultan-Kokshetau and Kokshetau-Petropavlovsk pipelines with a total length of 453 km, are considered. 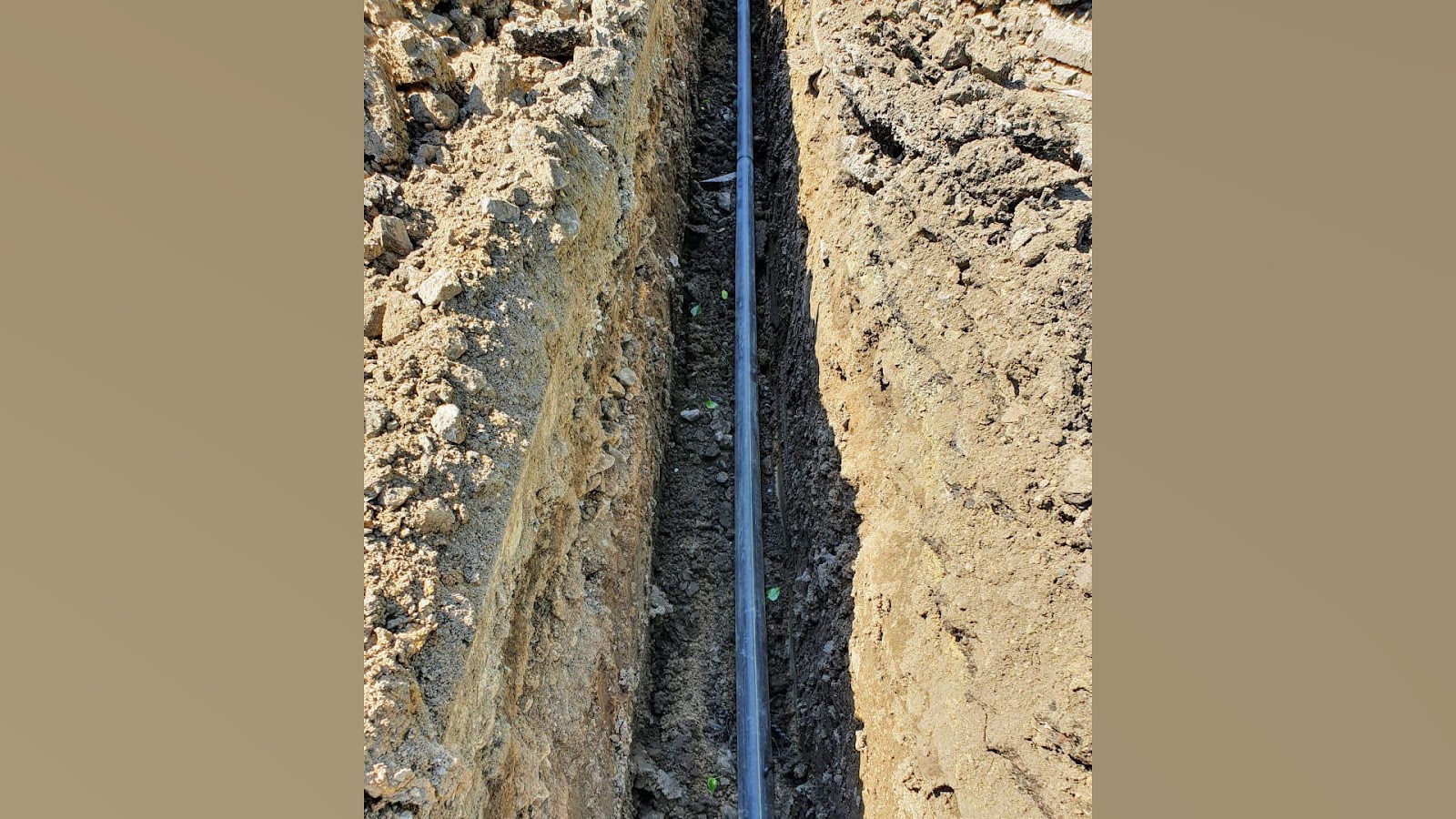 The implementation of these steps will allow additional coverage of gas supply to a population of 1.1 million people. The volume of consumption will be more than 700 million m³ / year.

The minister also informed that a single buyer has been created in the electric power market. The company “Settlement and Financial Center for the Support of Renewable Sources” was determined as the Single Purchaser.

These measures should stimulate EPO enlargement by combining with each other or with regional electric grid companies, as well as termination of activities for the transfer of electric energy. The expected result is a 30% reduction in the amount of EPO, i.e. from 162 to 110.

As a result of the work, the tariffs for the transmission of electric energy of a number of monopolists have been reduced, and the quality of the services provided has been improving. Final results will be achieved in 2023.

The Energy Supervisory Committee shall verify all energy transmission organizations for compliance with the requirements for electricity transmission activities, which entered into force on Jan. 1, 2020.

According to the minister, the heating period in all regions of the country was organized, in a normal mode. The supply of electric and thermal energy to consumers was provided stably and steadily, in accordance with contracts and schedules.

Over the past heating period, 48 cases of station non-compliance with the temperature schedules of heating networks were recorded, which is 20% lower than the level of the previous heating period 2018-2019. At power plants, a standard fuel supply of more than 3 million tons of coal and 120 thousand tons of fuel oil was provided. In 2019, 3996 technological violations were committed in the UES of Kazakhstan. Compared to the same period last year, the number of technological violations decreased by 34 or 1.3%.

It was decided to keep the marginal wholesale prices for commercial gas for the regions at the current level.

“The current wholesale cap for wholesale gas prices will curb retail gas prices for households, SMEs, and budgetary organizations, and how the multiplier effect helps limit tariffs for fuel and energy companies that produce heat and produce electricity,” said the minister.

Earlier on Jan. 1, 2019, the ministry reduced the wholesale prices for marketable gas in the range from 3.8 to 17.5% depending on the region, which allowed to reduce the final prices for electricity and heat in almost all gasified regions of the country.

The maximum wholesale gas prices for the period from July 1, 2019 — June 30, 2020, approved by the Ministry, were also kept at the current level.

The volume of investment in exploration amounted to 158.4 billion tenge.

Currently, the ministry is carrying out work to fulfill the obligations of subsoil users to finance research and (or) development work.

To date, obligations for the financing by subsoil users of research and (or) experimental design work are provided for in 163 contracts (a total of 260) for subsoil use.

At the end of 2019, R&D financing by subsoil users amounted to 9.9 billion tenge.

At the same time, obligations on financing by the subsoil users of the training of Kazakhstani personnel are provided for in 256 contracts (260 in total) for subsoil use.

According to Nogayev, the renewable energy market is growing rapidly every year, in 2019 2.4 billion kWh of green energy was generated with an increase of 77.8% compared to the same period in 2018. The share of renewable energy in the total volume of electricity production is 2.3%.

Thus, according to the results of the first quarter of this year, the number of renewable energy facilities amounted to 99 with a total capacity of 1361 MW. By the end of 2020, the generation of renewable energy will amount to about 3.15 billion kWh of electricity.