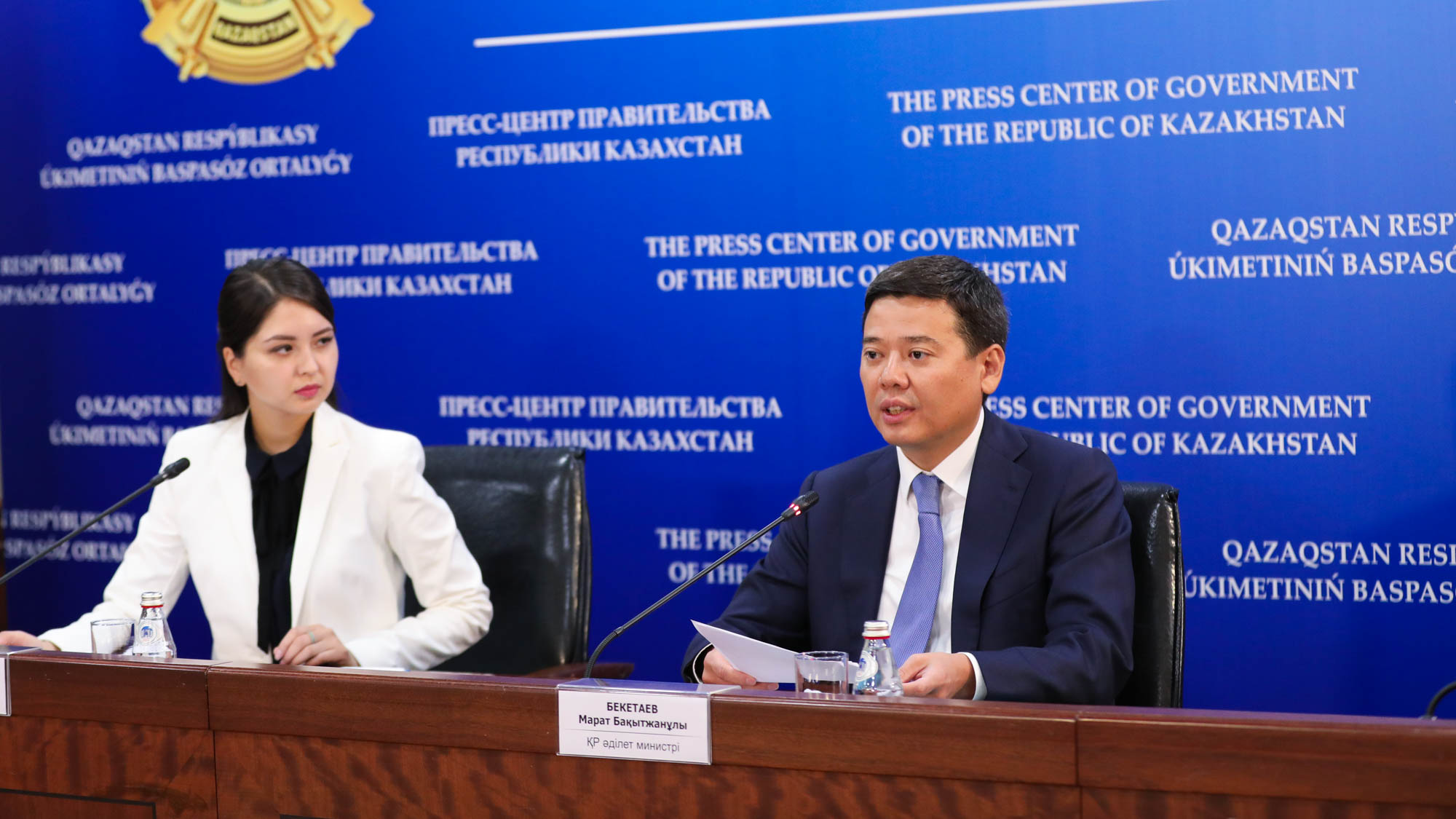 At the press conference in the Government, Minister of Justice Marat Beketayev spoke about a portfolio of bills planned to be submitted to the Parliament in the new season.

Beketayev noted that there is a plan of legislative work, which is adopted in December. According to this Plan, a number of bills are supposed to be submitted to the Majilis of the Parliament.

From January to September 2019, it was planned to introduce 19 bills to the Parliament of the Republic of Kazakhstan. Nine have already entered. On one bill, it was decided not to introduce.

“Because its scope of regulation is not large enough. With a more accurate study of this issue (the issue of livestock breeding), the Ministry of Agriculture decided to refuse to introduce this bill and to some extent postpone it to a later period,” the minister explained.

Of the nine remaining bills, three will be sent to Parliament before the end of August. Six will be introduced in September.

At the same time, Beketayev added that in the new political season there will be a need to adopt new bills.

“You probably remember that after each Address from the Head of State, an Action Plan for its implementation is being formed. At the opening of the session, the Address of the Head of State is planned. It can already be assumed that an additional list of bills will also be formed. Most likely, the terms on this list will be tougher and shorter,” Beketayev said.

The minister also noted that with the adoption of a package of legislative amendments on improving rulemaking, responsibility for violating the timing of the adoption of new bills will be tightened.

“Those changes that we anticipate in the regulations of the Government provide for toughening of responsibility. If at the moment these are vice ministers, then at our suggestion the minister should bear great responsibility. If now it is possible to postpone the time once without any punishment, the second postponement involves the punishment of the vice minister, then this year it is planned to tighten this part. This bill will be submitted to the Parliament, it will be adopted for some time, but we would like state bodies to use these mechanisms to one degree or another now, without waiting for the adoption of the law,” the minister said.

Answering a question from journalists regarding the accelerated registration of marriage, Beketayev noted that the one-month waiting period after submitting an application for marriage is the most optimal.

“My personal opinion is that current legislation provides for optimal regulation, and I must understand that it may even be insufficient, because there are many divorces. What they’re saying now: ‘Come back later’ — it’s probably right when young people no longer come and submit an application, and after some time, after thinking about everything, after consulting with their parents, come and register their relationship,” emphasized Marat Beketayev.

In conclusion, the minister noted that frequent changes in laws are a completely normal tendency for modern society.

“This is nostalgia for those times when the law was adopted and no amendments were made to it for 10-20 years, this is not a correct understanding. Because the tendency to frequent changes in laws is not unique to Kazakhstan. It is happening all over the world now due to accelerated development of technologies, due to science,” Beketayev said.

According to him, it is a completely new relationship. Previously, there was no Internet, technology did not change so often. For example, cyber currency has appeared. These are new social phenomena, legal relations that need to be regulated and this implies changes to laws.

“If we do not keep pace with changes in laws, we will not be able to compete with other jurisdictions in attracting investors, in regulating our business internally, then our companies will not be as competitive as those countries that are quickly adapting to new conditions. Therefore, it is important to keep pace with changes in life and adapt legislation,” the minister said.

At the same time, he said, it is very important to enable citizens, businesses, to keep track of these changes with the help of the proposals that are being introduced today: a more active discussion of all amendments and reforms at the development stage. Then citizens will prepare for these changes, understand where the main directions of such changes lead.