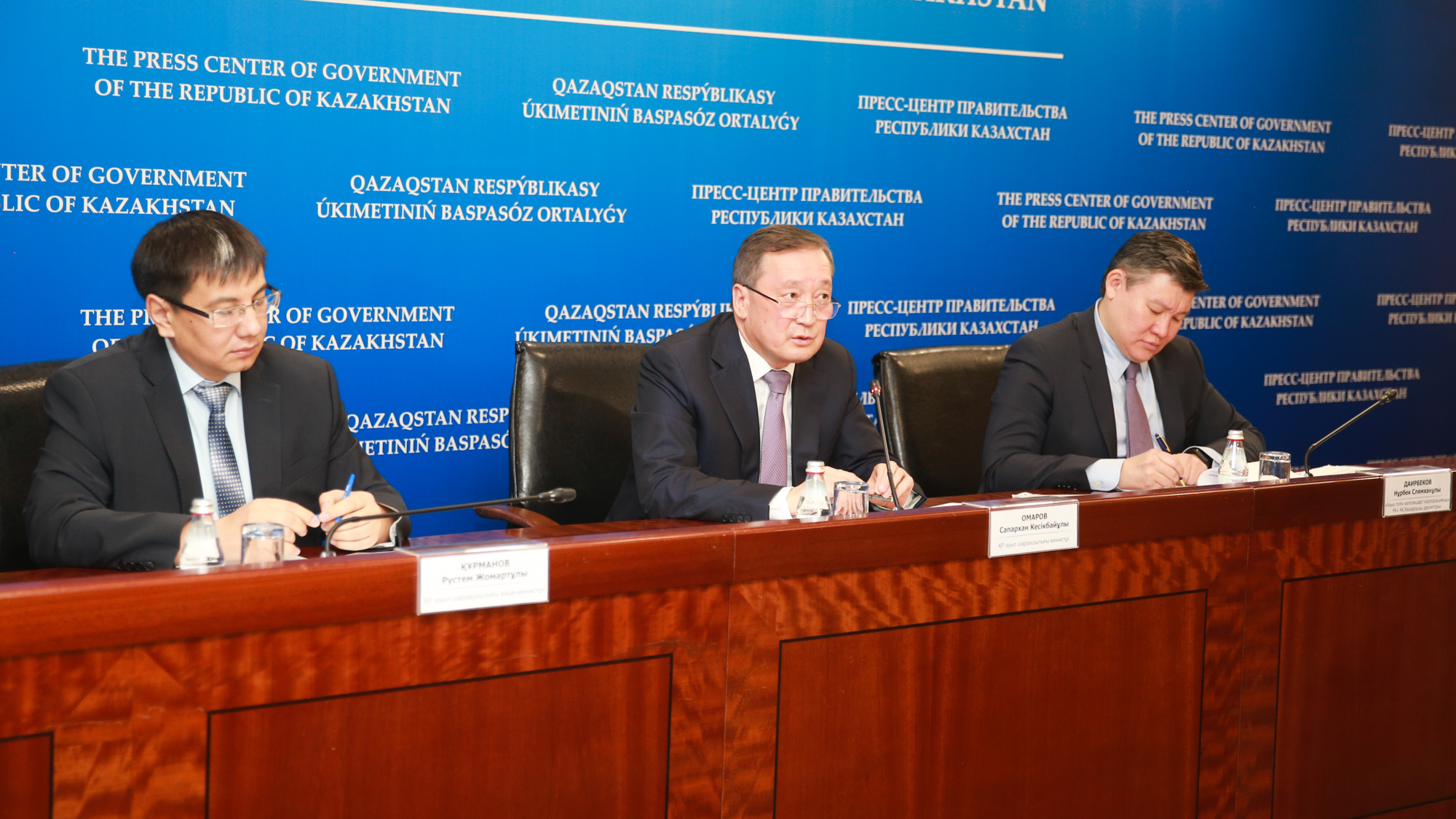 Today at a press conference on in the Government’s press center, Minister of Agriculture Saparkhan Omarov spoke about the execution of the President of Kazakhstan Kassym-Jomart Tokayev’s instructions voiced in the framework of the Address “Constructive Public Dialogue – the Basis of Stability and Prosperity of Kazakhstan.”

In his Address to the people of Kazakhstan, the Head of State instructed to gradually increase the area of ​​irrigated land to 3 million hectares by 2030.

Minister Omarov said that within the framework of the current State Program for the Development of the Agro-Industrial Complex for 2017-2021, it is planned to put into circulation new lands on an area of ​​610 thousand ha by 2021.

“Today in Kazakhstan there are 1.4 million hectares of irrigated lands. If we add to this the planned 610 thousand ha, by 2021 we will reach 2 million ha. A lot of work is being done for this,” the minister said.

In order to achieve the goal of a phased increase in irrigated land, akimats of the regions, together with the Ministry of Ecology, Geology and Natural Resources, are intensifying efforts to identify potential investors for the construction of irrigation networks and implement projects to develop new irrigated lands with the participation of private partnership through the public-private partnership mechanism.

The implementation of the above measures will increase the area of ​​irrigated land to 3 million hectares by 2030 and ensure the growth of agricultural production by 4.5 times.

In addition, the minister of agriculture spoke about the ongoing work to involve unused agricultural land in production activities. So, according to him, all legislative frameworks have been revised, additional changes are planned. The ministry has developed a roadmap on the withdrawal of unused agricultural land. As part of this Roadmap, a phased increase in tax on unused land is planned.

“At this time, maslikhats of the regions have given rights to increase taxes on unused land up to 10 times. Today we plan to raise this tax from 20 to 30 times. This is currently under discussion. For example, in Russia this tax has been raised up to 100 times today,” Omarov said.

Omarov also spoke about the development of a mechanism for notifying land users about the beginning and results of verification by SMS messages.

“A lot of land users try to avoid our employees, try not to receive notifications about the need for inspections, so now we plan to automate all this so that people receive SMS messages. This, I think, will be convenient for agricultural producers and for our employees,” said the minister.

The draft roadmap is currently under discussion by government agencies. Additionally, it will be discussed with the public.

On October 10, the Senate of the Parliament passed the second reading and sent for signing the Draft Law “On Amendments and Additions to Some Legislative Acts of the Republic of Kazakhstan Regarding Agro-Industrial Complex Regulation”. For almost three years, this bill has been considered; it provides for more than 800 amendments to 13 codes and 29 laws of the Republic of Kazakhstan.

In addition, control and supervision functions from akimats and customs authorities (control over vehicles) will be returned to the Ministry of Agriculture, as well as subsidizing part of the costs of the business for financing research to involve entrepreneurs in introducing innovations.