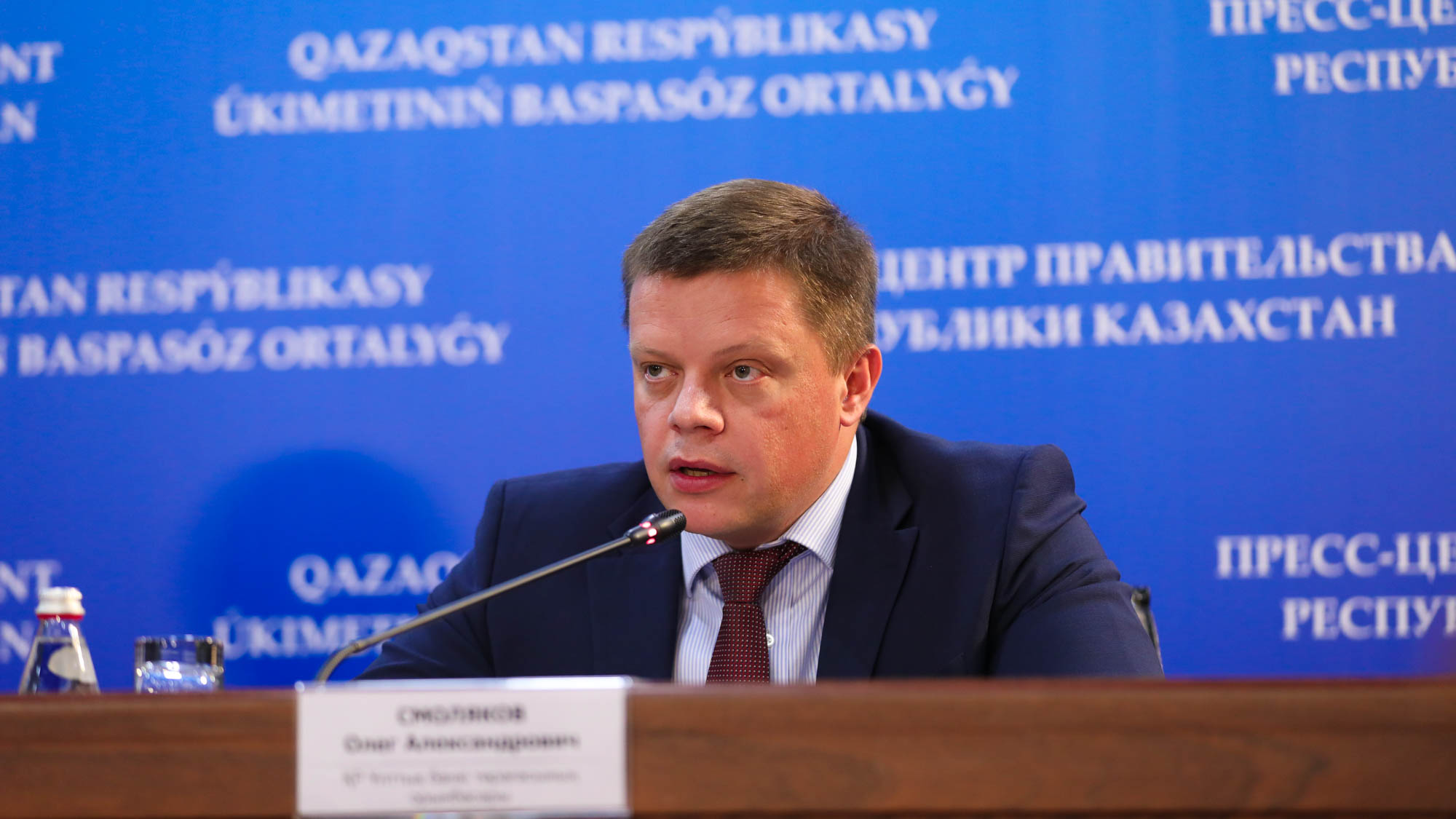 Aug. 29 at the press conference in the Government, Deputy Chairman of the National Bank Oleg Smolyakov spoke about the implementation of the Presidential Decree to reduce the debt burden of citizens.

As Smolyakov noted, in the framework of the implementation of the Decree of the President dated June 26, 2019, “On measures to reduce the debt burden of citizens of the Republic of Kazakhstan” by the National Bank, State Credit Bureau JSC, Fund for Problem Loans JSC together with second-tier banks and microfinance organizations decided to write off the fines and penalties charged for July 1, 2019, on unsecured consumer loans at banks and MFIs for all Kazakhstanis.

“July 30, 2019, banks and MFIs completed writing off fines and penalties for unsecured consumer loans to 1,192,834 borrowers for a total of 33,620 million tenge,” the deputy chairman of the National Bank said.

Fines and penalties were written off primarily at the expense of banks and MFIs own funds.

“Thus, the work on writing off penalties and fines to all citizens as of July 1, 2019, has been completed,” said Smolyakov.

Debt repayment of up to 300 thousand tenge for unsecured consumer loans in banks and MFIs is carried out for the following categories of citizens:

2) families receiving payments in case of loss of the breadwinner;

3) families with disabled children, disabled since childhood over 18;

6) children without parental care, under the age of twenty-nine, who have lost their parents before adulthood.

To receive state support, the amount of the debt of the borrower on unsecured consumer loans should not exceed 3 million tenge as of June 1, 2019.

“Today, money has been transferred to banks and MFIs, and debt repayment is expected in the near future. Until Sep. 5, banks and MFIs will notify borrowers who meet the criteria specified in the Decree about the repayment of their debt,” Smolyakov said.

At the same time, he emphasized that to pay off debt, citizens do not need to contact banks and MFIs, all work will be carried out by credit organizations independently.

Also, under the Decree of the President, the National Bank prepared future measures aimed at reducing the risks of uncontrolled growth of citizens' debts. As the deputy chairman of the National Bank noted, there have become more frequent cases when borrowers, not having certain minimum incomes not only for servicing loans, but also for life, have access to unsecured consumer loans.

Therefore, in accordance with the Decree of the Head of State, it was decided to establish a ban on the issuance of unsecured consumer loans to citizens who have incomes below the minimum subsistence level. When assessing the creditworthiness of the borrower of the bank, the bank must calculate a certain minimum level of income, taking into account the cost of living of the borrower.

“There have always been questions like ‘How to determine income? ‘How to confirm it?’ The draft amendments that we propose include not only official revenues. The assessment of income will be based not only on official income, but also on the cash flow of the account, the availability of movable and immovable property, and utility bills. In order to take into account as much as possible all sources of income,” Smolyakov said.

In particular, amendments have been initiated regarding the prohibition of charging penalty fees on unsecured consumer loans with overdue debts over 90 days.

Additional measures will also be envisaged to increase capital adequacy requirements for unsecured consumer loans. These amendments are sent to the relevant state bodies, are discussed with banks.