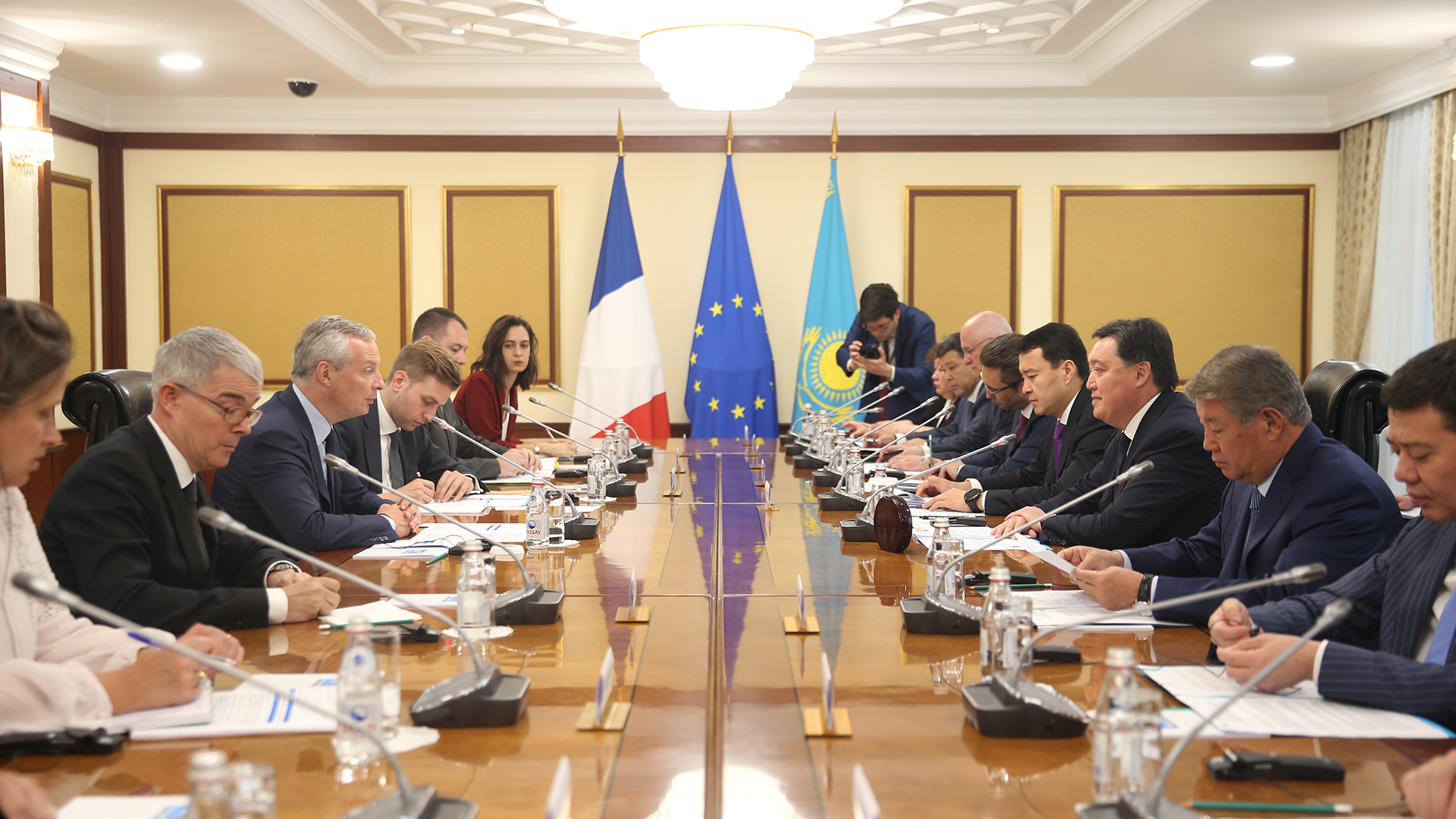 During the meeting, current issues and prospects for trade, economic and investment cooperation between Kazakhstan and France were discussed.

“France is a key trade and economic partner in the European Union,” said Askar Mamin, noting the importance of realizing the trade and economic agenda outlined by the First President – Elbasy Nursultan Nazarbayev and French President Emmanuel Macron in Brussels at the ASEM Summit in October 2018.

France is among the top five countries in terms of direct investment in the Kazakh economy. From 2005 to 2018, the volume of French investments in the economy of Kazakhstan exceeded $15 billion. In 2018, trade turnover grew by 32.5% to $4.5 billion. 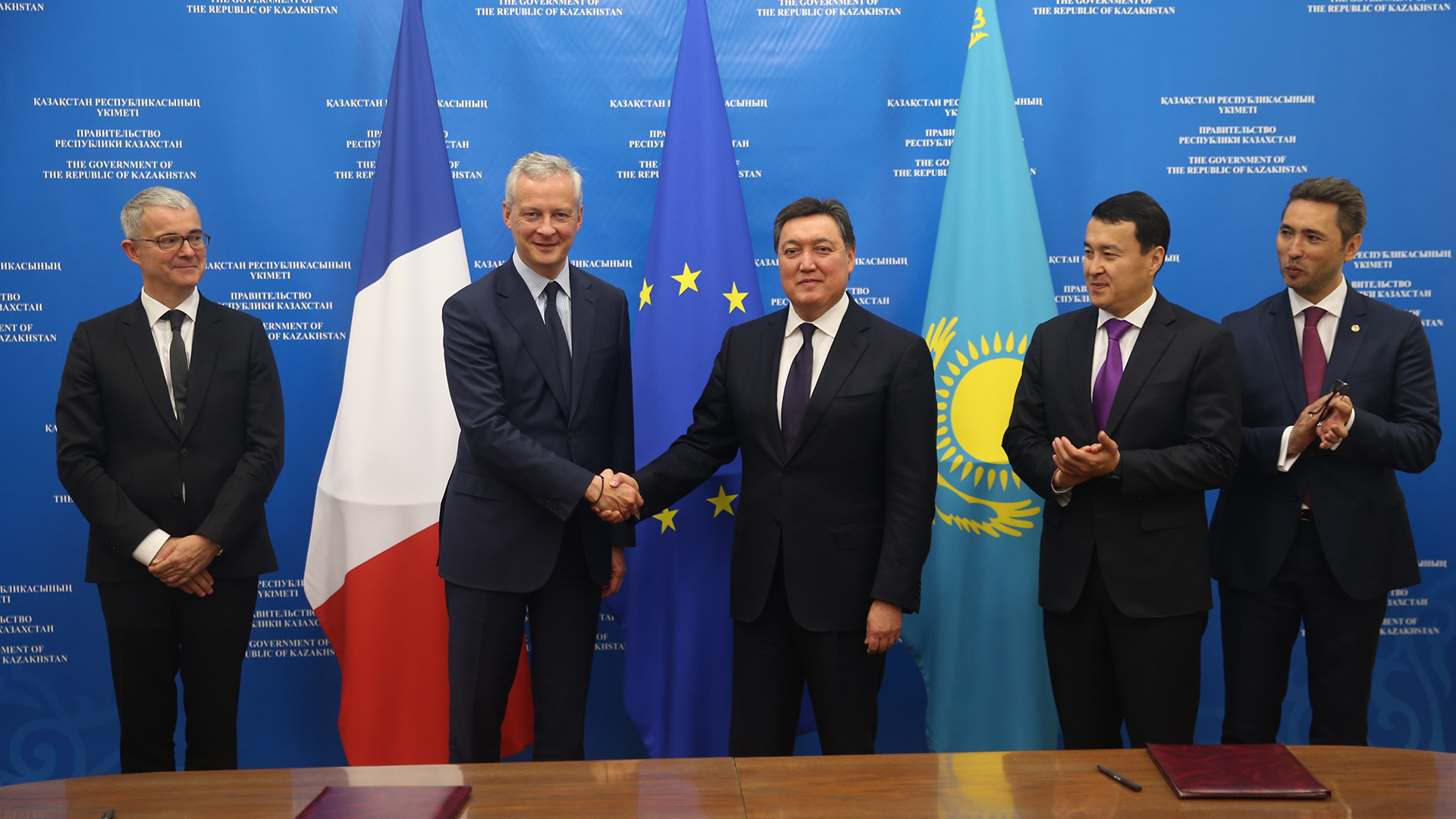 The prime minister noted the interest in the further development of investment cooperation, the implementation of joint projects in transport infrastructure, digital technologies, human capital.

“We have a great potential in agriculture. Joint projects with French companies Danone, Lactalis and Soufllet can be called the “success stories.” Kazakhstan is a promising place for doing business in terms of environmentally friendly production and access to the capacious markets of the countries of the EAEU and the PRC,” said Askar Mamin.

French investors will be given comprehensive assistance in setting up joint ventures, replacing imports and further exporting agro-industrial products.

“Kazakhstan is the leading partner of France in Central Asia,” said Le Maire and noted the readiness of the French side to continue the strategic cooperation opened by the First President – Elbasy Nursultan Nazarbayev and confirmed by French President Emmanuel Macron.

Le Maire believes that Kazakhstan and France have all the opportunities to move to a new level of cooperation, taking into account the prospects for cooperation in the trade, economic, investment, industrial spheres. 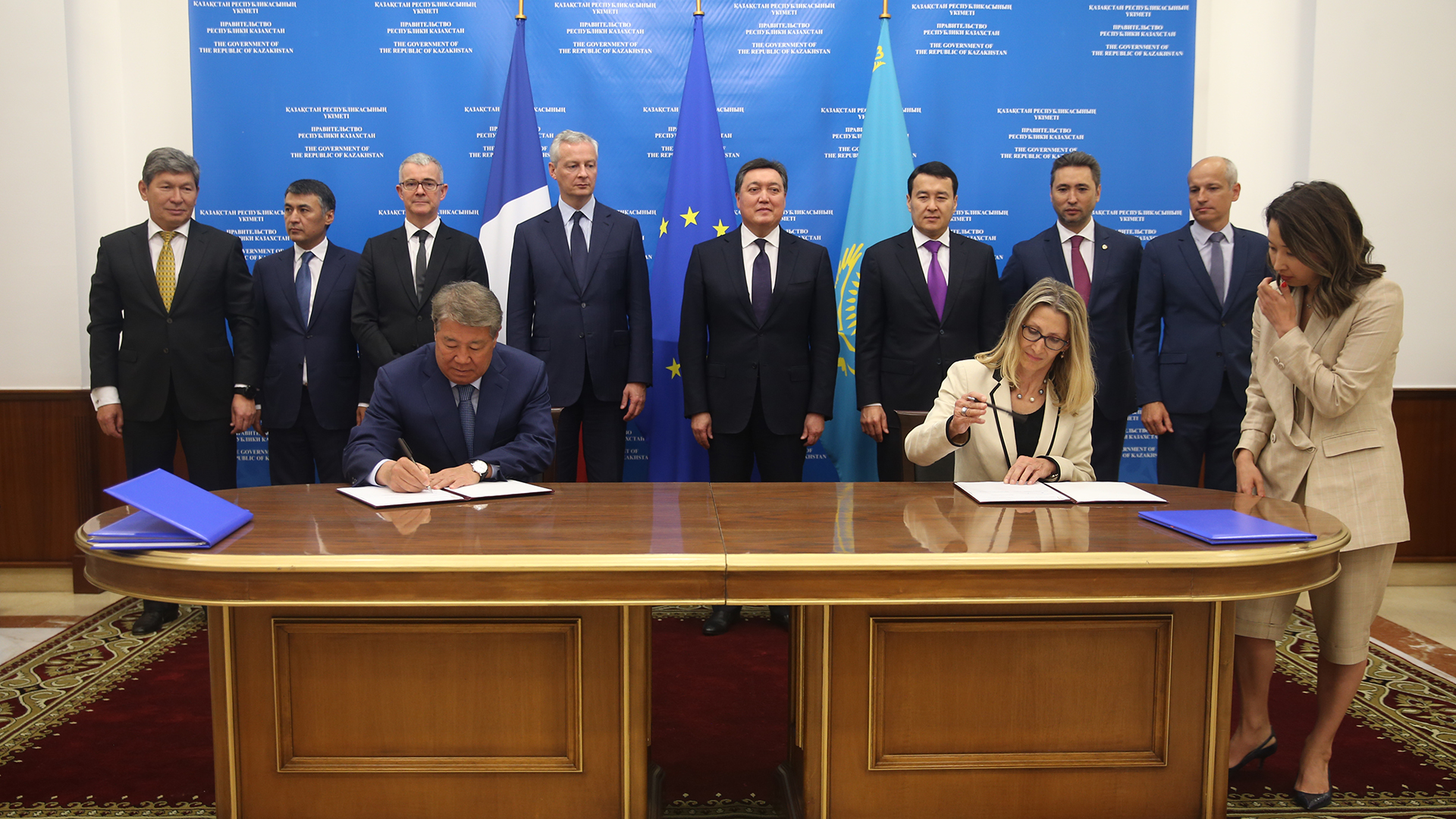 Prime Minister of Kazakhstan Askar Mamin and Minister of Economy and Finance of France Bruno Le Maire took part in the signing ceremony of Memorandums between Samruk-Kazyna Sovereign Wealth Fund and Bpifrance Investment Company on joint investment, between the Kazakh Ministry of Energy, KazMunaiGas National Company and Total in digital technology.