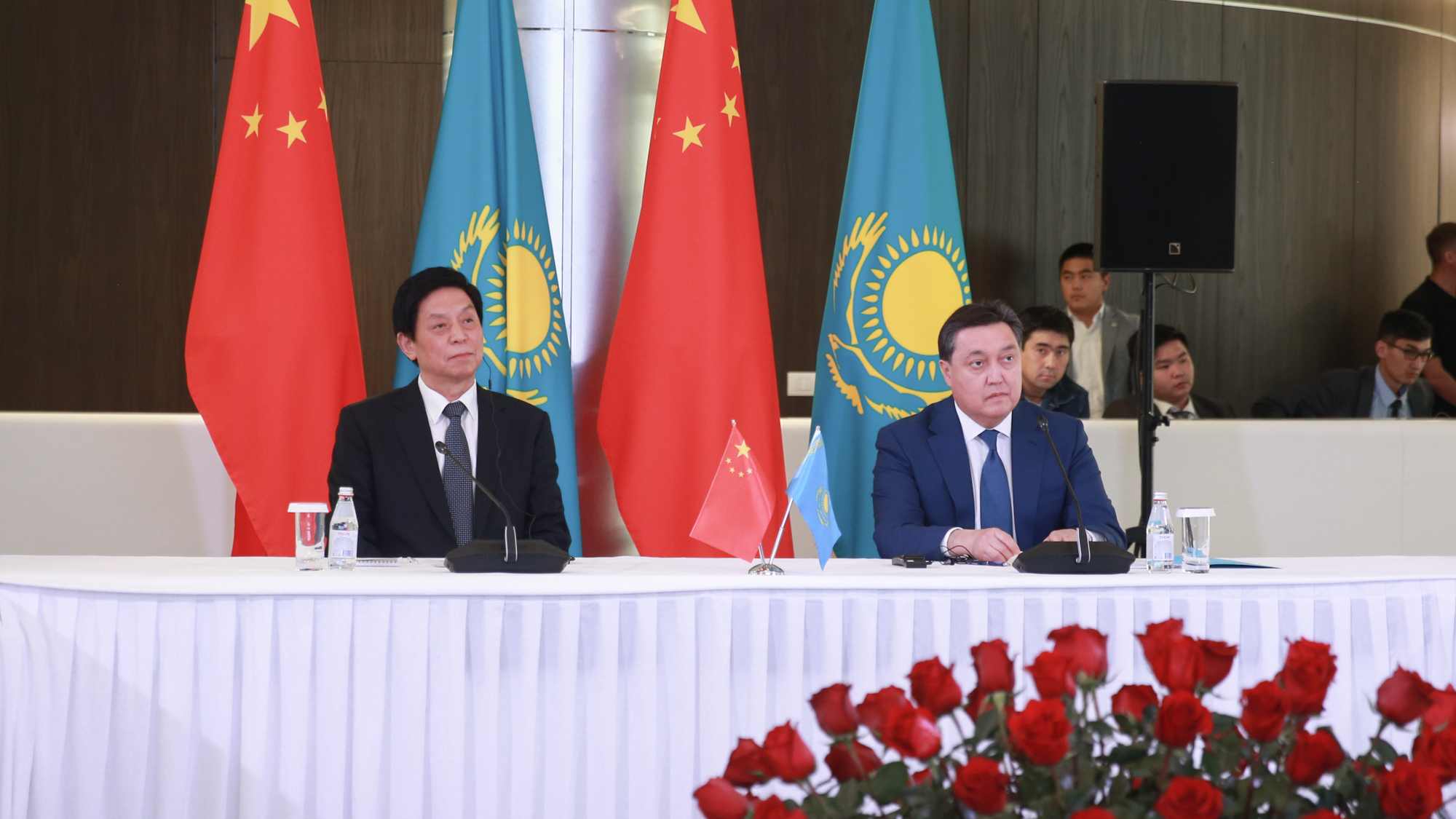 Prime Minister Askar Mamin met with the Chairman of the Standing Committee of the National People's Congress of the People's Republic of China Li Zhanshu at the Astana International Financial Center.

The Head of Government discussed with the head of the Chinese parliament the prospects for further cooperation in conjunction with the Kazakhstani Nurly Zhol program and the Chinese initiative “One Belt – One Road,” including the development of the transit and transport potential of Kazakhstan. 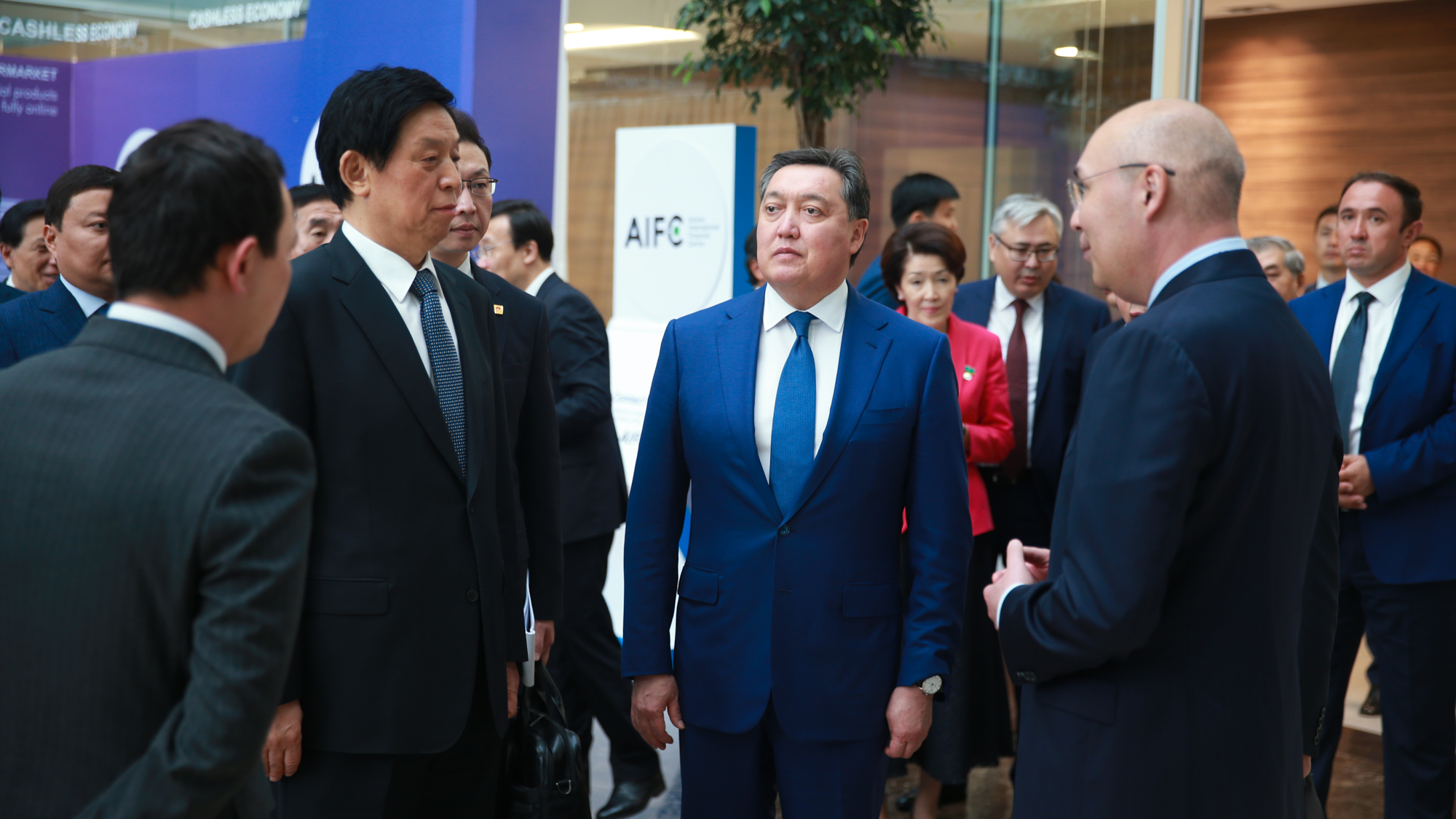 The AIFC Governor Kairat Kelimbetov acquainted the prime minister of Kazakhstan and the chairman of the Chinese parliament with the activities of the AIFC as part of the One Belt – One Road initiative, as well as the development of the Exchange, the Court and the AIFC International Arbitration Center.

“AIFC is one of the largest projects in Kazakhstan. It should become the leading financial center of the region,” said Mamin in his welcoming speech. 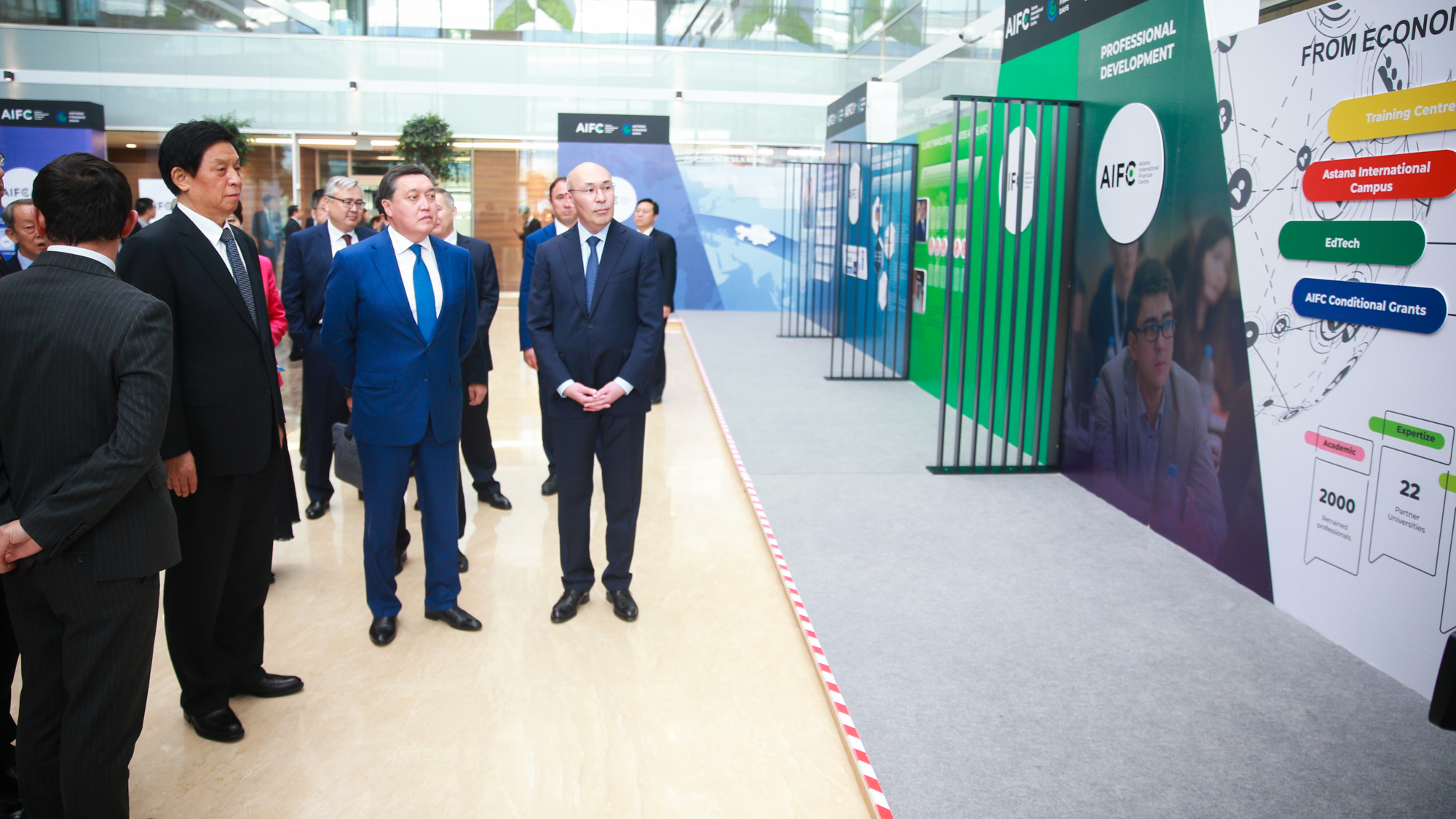 AIFC participants from China – representatives of the China Construction Bank, Shanghai Stock Exchange, CITIC Securities, the State Development Bank of China – spoke about the state and prospects of Kazakh-Chinese cooperation at the AIFC site, including the creation of Clearing Center for operations in Chinese yuan.