Prime Minister Askar Mamin: Infrastructure and housing in Arys to be restored within one month 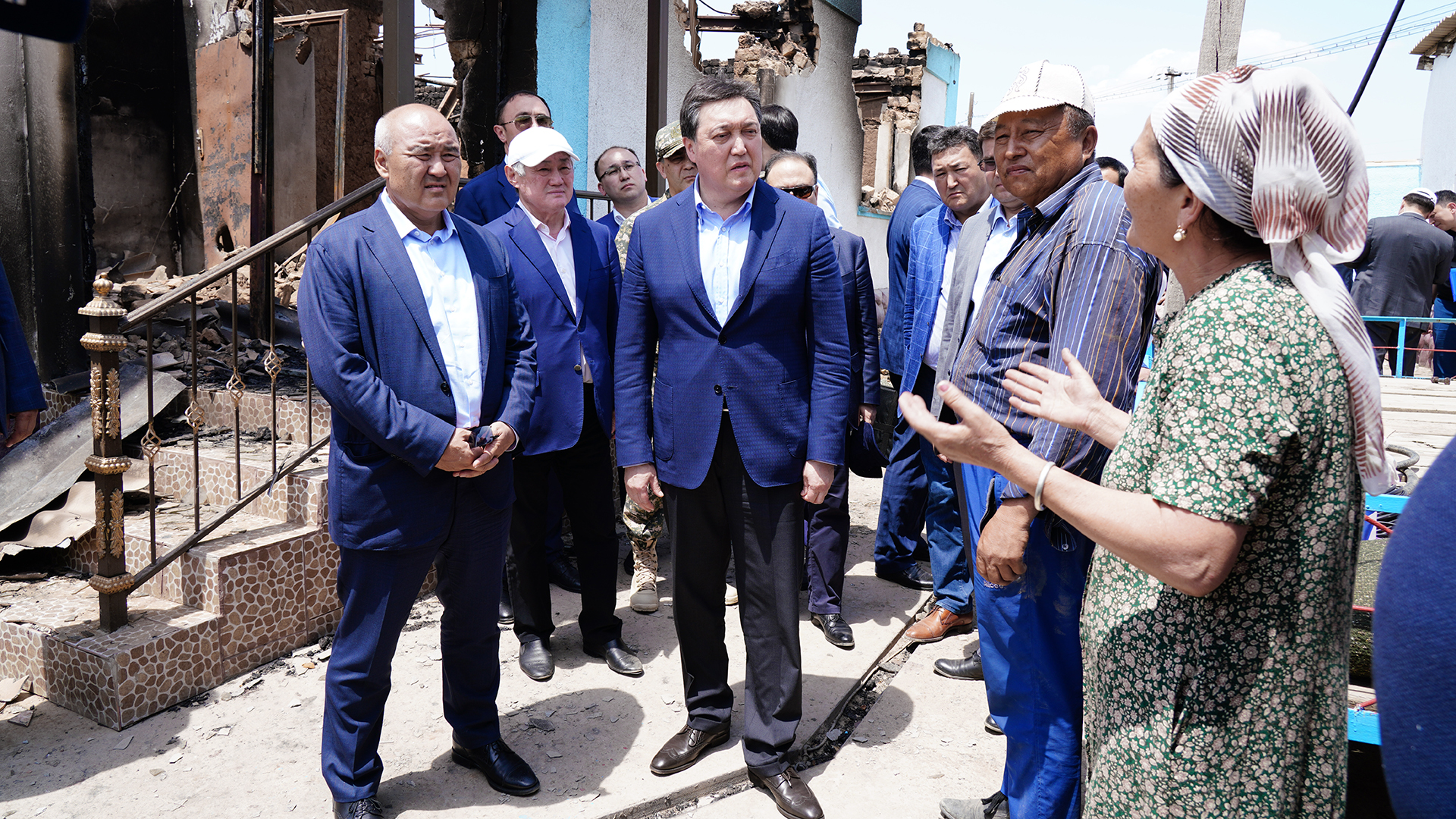 On behalf of the President Kassym-Jomart Tokayev, Prime Minister of Kazakhstan Askar Mamin headed the Government Commission to the city of Arys and examined residential neighborhoods and social facilities of the city affected by the emergency.

The head of the Government visited the Koktem-1 and Koktem-2 residential areas, where apartment and private houses are located, inspected the damaged buildings of the local school, the city hospital and the Public Service Center.

The prime minister was reported on the damage caused to residential, social, infrastructural and other vital facilities of the city. 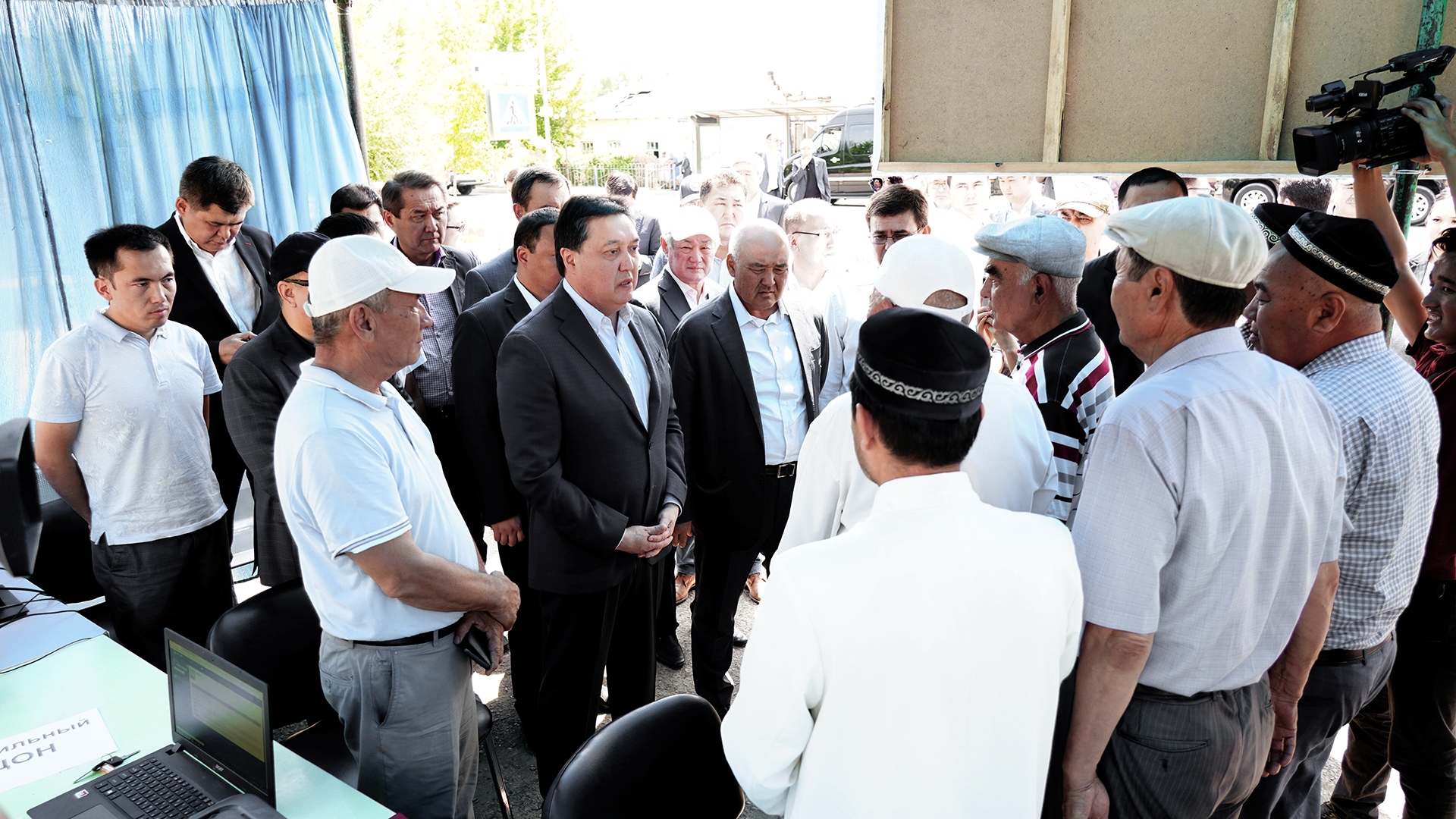 During the detour, Mamin talked with local aksakals and specialists directly involved in emergency response. Among them are sappers, medical workers, rescue workers and local authorities. Mamin thanked them for the work done and noted that “thanks to the well-coordinated teamwork, a timely evacuation of the population was carried out and the larger consequences of the emergency have been prevented.”

Following the results of the inspection, the prime minister held a meeting of the Government Commission on Emergency Response in Arys. It consists of heads of ministries and regional akimats. 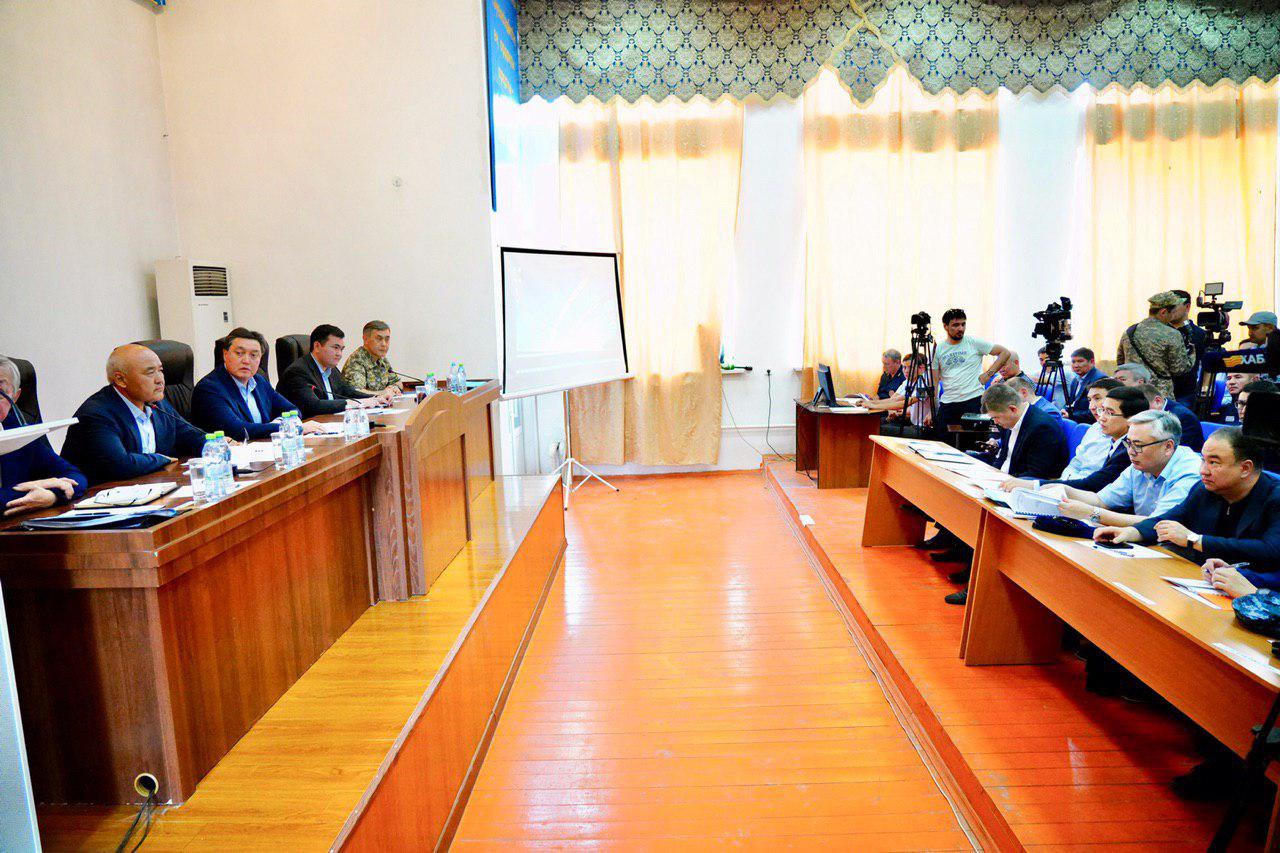 The prime minister was informed that at present, work is continuing on engineering reconnaissance, demining the city’s territory, fire brigades, and measures are being taken to return citizens to their homes and ensure the safety of their property. The examination of the territory showed that there are no environmental threats.

“As you know, Elbasy and the Head of State ordered to urgently rebuild the city. We need to make every effort for the rapid restoration of Arys. We have to repair and build all damaged and destroyed facilities of Arys before Aug. 1, 2019. All tasks must be carried out efficiently and on time,” the prime minister stressed.

All regions of the country will take part in the restoration of the city. Damaged residential buildings will be divided between the regions that will send by construction teams. Deputy akims of all regions, the cities of Nur-Sultan and Almaty arrived in Arys for the organization of construction. Building materials are allocated from the state reserve. 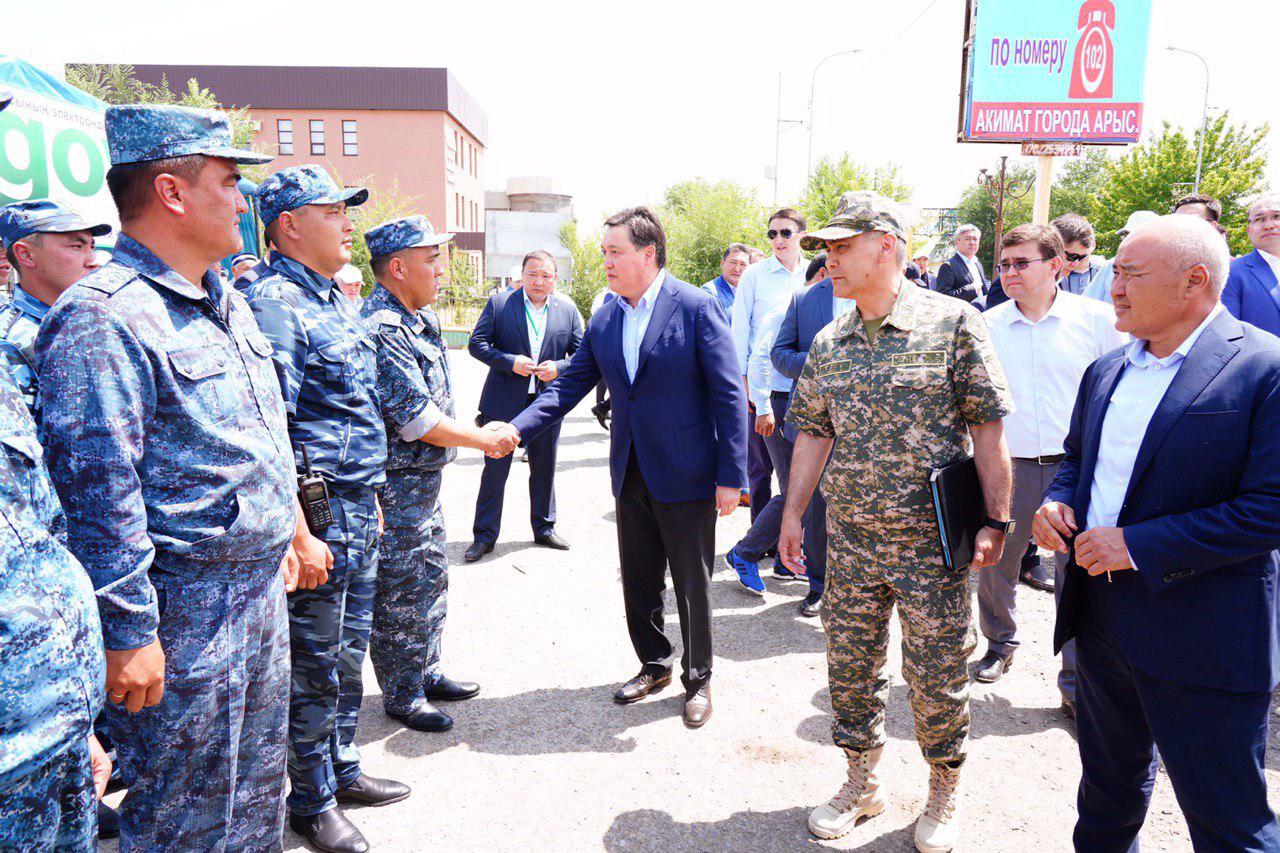 Following the meeting, Mamin announced 10 comprehensive measures to restore the normal functioning of the city and ensure its socio-economic development. 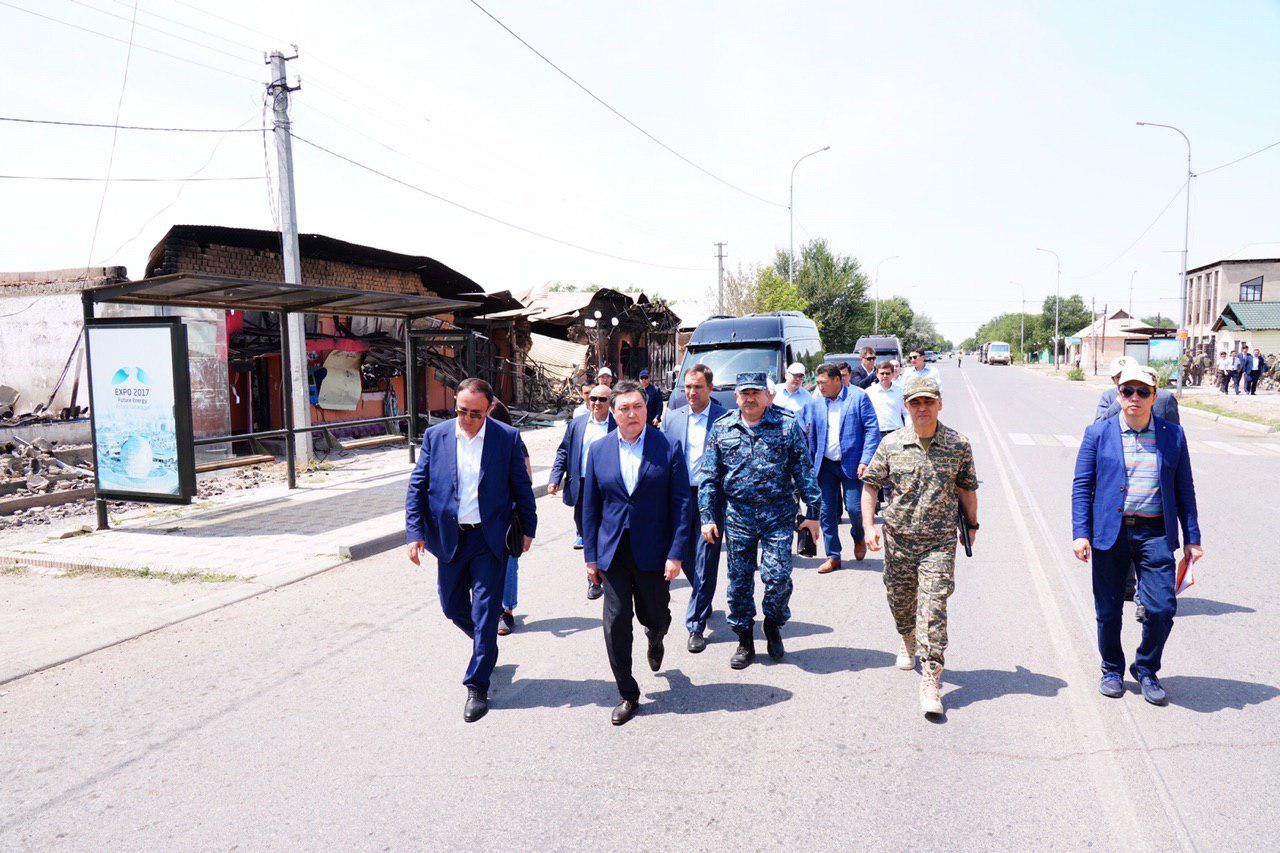 1. Repairing of all residential buildings in the city Within a month,;

3. Four thousand children from Arys will be sent to health camps;

4. Repair of social facilities is planned to be carried out with the help of national companies, as well as to attract large industrial enterprises and the business community to construction. Sixty-six social facilities will be repaired by Samruk-Kazyna Sovereign Wealth Fund.

5. As part of the social responsibility of business, more than 300 small and medium enterprises through the Atameken National Chamber of Entrepreneurs will be assisted in the restoration and repair at the expense of large business.

6. To businessmen of the city since July 1, 2019, concessional loans of up to 5 million tenge will be issued. Tax holidays will be provided until the end of 2019;

7. Engineering infrastructure, power supply and communications will be restored at the expense of funds from the reserve of the Government of the Republic of Kaakhstan;

8. Modernization and reconstruction of gas and water supply systems;

9. In order to improve the quality of medical care for city residents, a hospital and two polyclinics will be built;

10. The transportation of ammunition will begin within 2 weeks. Arsenal will be relocated. 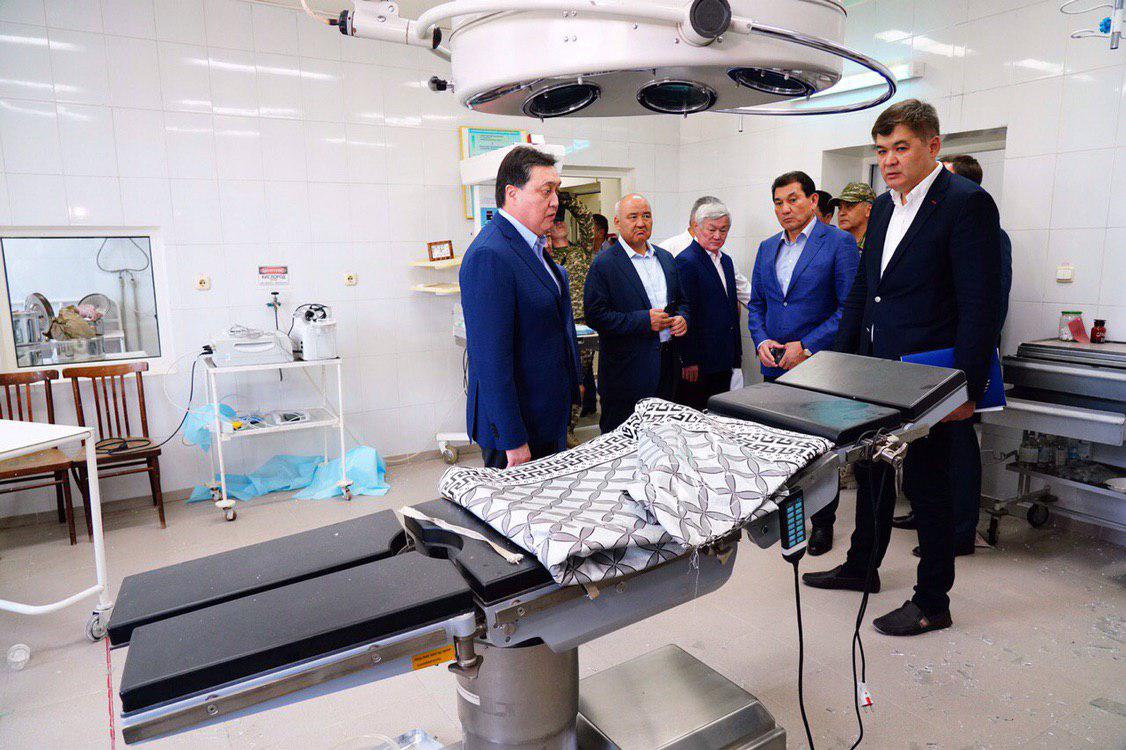 According to preliminary estimates, 104 multi-storey residential buildings, about 7,200 private houses, 14 schools, 2 hospitals, 28 kindergartens, and buildings of territorial state bodies have been damaged.