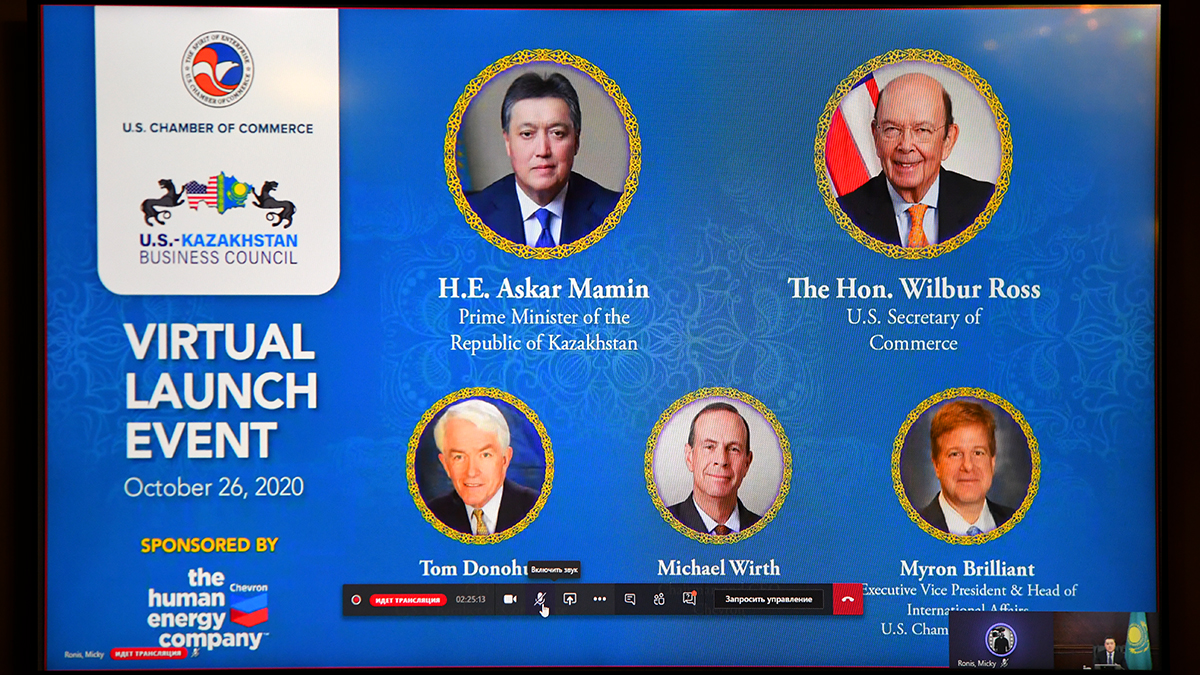 Prime Minister of the Republic of Kazakhstan Askar Mamin and US Secretary of Commerce Wilbur Ross took part in an online opening ceremony of the Kazakh-American Business Council at the US Chamber of Commerce.

Leading American companies are widely represented in the machine-building, chemical, construction, IT, agro-industrial mining and metallurgical and oil and gas sectors of the economy of the Republic of Kazakhstan.

The prime minister noted that as the Kazakhstani economy enters a recovery trajectory from the current crisis in world markets, the government intends to intensify efforts to attract American industries to Kazakhstan.

The head of government stressed the growth of the relative competitiveness of the Kazakh economy against the background of a high level of stability of the real sector.

The sustainability of the national economy was assessed by leading international credit agencies. Moody’s, Fitch and S&P emphasized the low level of government debt, the stability of the fiscal system, and the effectiveness of the anti-crisis measures taken by the government.

The prime minister spoke about the Strategic Development Plan of Kazakhstan until 2025, a targeted approach to attracting foreign capital and measures to further improve the investment climate.

“Attracting investment will go a long way in our new economic model. New measures will allow the investment climate of Kazakhstan to correspond to the most competitive economies in the world,” Mamin said.

In turn, US Secretary of Commerce Wilbur Ross, President of the US Chamber of Commerce Tom Donohue and Chief Executive Officer of Chevron Michael Wirth, speaking at the ceremony, noted that with the establishment of the Kazakh-American Business Council, investment cooperation between the countries will reach a qualitatively new level. At the same time, the stability and attractiveness of the Kazakhstani economy for American business was emphasized.

The Kazakh American Business Council at the US Chamber of Commerce will unite American companies doing business in Kazakhstan. CEO of Chevron Michael Wirth was elected chair of the Business Council.