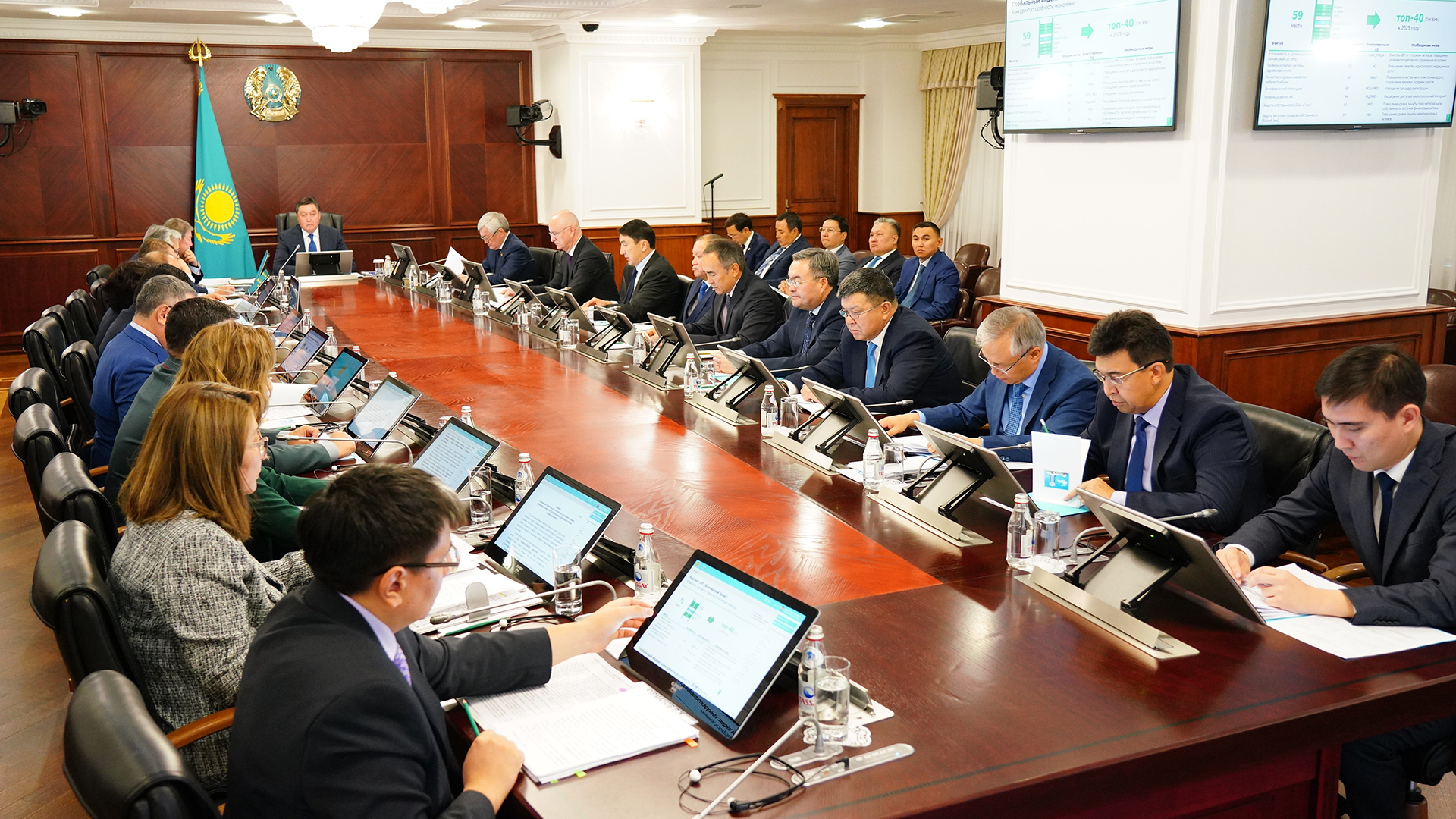 At the Government session chaired by Prime Minister Askar Mamin, measures were discussed to improve the position of Kazakhstan in the World Bank’s Doing Business ranking and other ratings.

The Minister of National Economy Ruslan Dalenov reported on ongoing work to improve the business climate, Minister of Industry and Infrastructure Development Roman Sklyar – about the work on simplifying the procedure for obtaining building permits and the development of transport and logistics infrastructure, Minister of Education and Science Askhat Aimagambetov told about the measures to improve international indicators in the field of education, Vice Minister of Trade and Integration Azamat Askaruly – on increasing indicators in trade.

In April 2019, the Parliament adopted the seventh package of legislative amendments. They relate to the introduction of a single window in the field of construction, optimization of contract execution procedures, and reforms in the field of taxation. A great deal of awareness raising among entrepreneurs was carried out.

“At the moment, Kazakhstan takes 28th place in the Ease of Doing Business ranking among 190 countries, which demonstrates the success of the reforms aimed at facilitating the conditions for doing business. This affects the investment attractiveness of the country and allows you to get an idea of ​​the possibilities of creating new projects and industries,” Mamin said.

The Head of Government noted the efficient work of akims of the city of Almaty, Mangystau and Aktobe regions, which took 1, 2 and 3 places respectively in the World Bank ranking on ease of doing business in cities and regions of Kazakhstan.

“We have achieved good performance in the energy sector, rail transport, and ICT. At the same time, it is necessary to strengthen work to improve positions in international trade, healthcare, and the financial sector,” the prime minister emphasized.

The Head of Government instructed the Ministry of National Economy, together with interested state bodies, to submit to the Government the eighth package of amendments to improve business conditions by the end of October 2019. It provides reforms to simplify important business processes for investors when starting enterprises and registering property, obtaining building permits and connecting to electricity supply systems.

Askar Mamin also instructed to update the existing and adopt new action plans within a month, as well as to work out the issue of fixing target indicators for improving Kazakhstan's positions in international ratings in program documents.

“Akims of cities and regions need to intensify efforts to implement ongoing reforms and create favorable conditions for doing business in the regions, attracting investments, and developing infrastructure,” said the prime minister.

The Head of Government noted that the issue of Kazakhstan’s positions in international ratings will be constantly monitored by the Government’s Project Office.