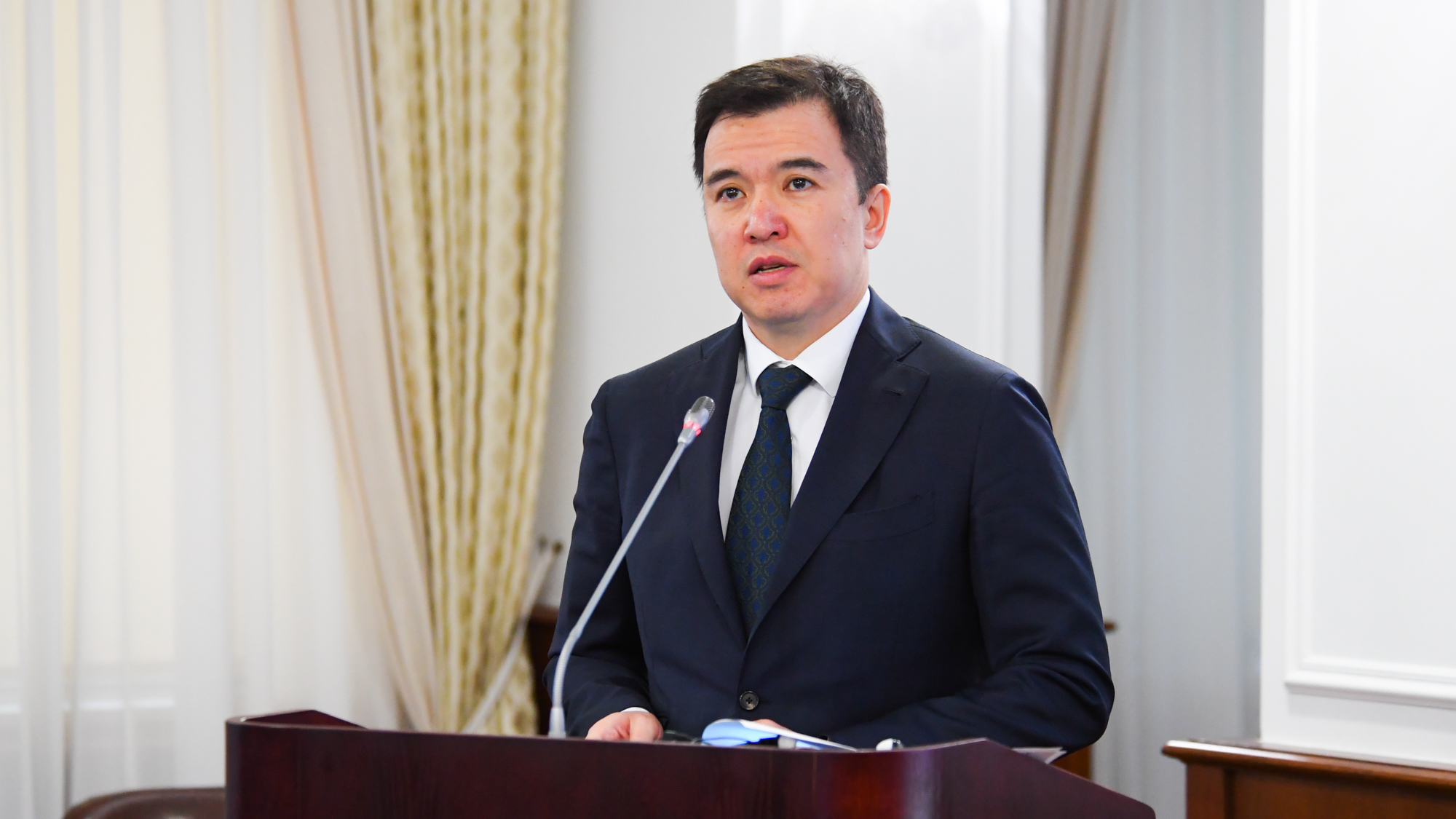 At the government session chaired by the prime minister, the Minister of National Economy Ruslan Dalenov reported on the ongoing work to reduce the shadow economy.

As noted by Dalenov, the formalization of the unobservable part of the economy is an additional reserve for its growth.

“There is a steady inverse relationship between the level of the shadow economy and economic well-being. The lower the level of the unobserved economy, the higher the economic growth,” the minister emphasized.

According to the International Monetary Fund, in OECD countries, the average level of unobservable economy is 15%. At the same time, gross domestic product per capita is $46 thousand at purchasing power parity. Therefore, the implementation of measures to reduce the shadow economy and stimulate the involvement of unobservable activities in legal turnover is an important reserve for economic growth.

International experience shows that universal measures include the simplification of tax and administrative procedures, the digitalization and synchronization of information systems, and the enforcement of laws. This has a positive effect on improving the quality of the economy, improving the business environment, equitable distribution of resources and strengthening the budget.

Thus, according to international experience, an effective tool to reduce the level of the informal economy is to simplify procedures and create an environment that is disadvantageous for shadow turnover. In this regard, active work is being carried out in the following areas. These are tax incentives, improvement of accounting, digitalization and simplification of procedures for business.

In the field of taxation, measures have been taken to stimulate the transparency of revenue accounting, improve special tax regimes, and simplify tax administration.

Given the discussion with business, the use of online cash registers was introduced in 2019-2020. At the same time, an incentive was provided to facilitate the purchase of cash registers online — the cost is deducted from the amount of taxes. Thus, expenses are compensated.

To legalize non-cash transactions, non-cash payments are not included in the calculation of the threshold for registering value added tax.

In addition, the rate was reduced from 2% to 1% for non-cash turnover in trade for entrepreneurs applying a special tax regime for a patent. As a result, in 2019, the volume of non-cash payments increased by 2.4 times.

The criteria for applying regimes for small and medium-sized businesses have been expanded. The scope of trade is transferred to the regime under a simplified declaration. A new fixed deduction mode has been introduced.

At the same time, over the past 2 years, the number of entrepreneurs applying special tax regimes increased by 20% and reached 1.2 million payers.

For the convenience of registration and payments, a single aggregate payment was introduced. The limitation period for SMEs has been reduced (from 5 to 3 years). In addition, in the first offense, the fine is replaced by a warning. Scheduled inspections in the first year after the registration of the entrepreneur have been prohibited.

To reduce tax audits, horizontal monitoring was introduced on the principle: reporting instead of audits. An accelerated VAT refund through a special control account is provided. All these measures contributed to a 30% improvement in the time taken to submit reports.

As part of the planned tax incentive measures, the ministry is considering the issue of simplifying the payment from the wage fund through a single payment document. The pre-declaration of reporting is proposed, that is, the tax authorities will help taxpayers fill out the declarations. In this case, information will be taken from databases of information systems of state bodies.

The introduction of the “due diligence” principle is being considered. The business will have a tool thanks to which a taxpayer can make sure that transactions are concluded correctly. This will protect the business from unscrupulous counterparties — ‘’false entrepreneurs.’’

Another proposal is the abolition of accounting and tax simplification of individual entrepreneurs. This will concern special tax regimes.

For digitalized taxpayers, a risk reduction is proposed for verification. Work was done to improve accounting. This simplifies the process of submitting static reporting and improves the methodology for assessing unobserved economies.

The number of statistical forms has been reduced by 21% (from 181 in 2013 to 143 in 2019). Reporting forms are optimized, filling time is reduced by 15%. All reports for large and medium enterprises have been translated into electronic format. For small businesses, half of the reports can be submitted electronically.

The methodology for assessing the unobserved economy have been improved. The old methodology was based on statistics of offenses committed. The new methodology is based on three basic principles: international standards, the use of reporting on financial business activities, as well as economic assessment by industry.

Thus, the new technique makes it possible to evaluate the potential for formalizing industries and the economy as a whole.

Government services are being automated. Terms of service are reduced by 3 times. The task before the end of this year is 100 percent integration of information systems of government bodies and the provision of at least 90% of public services online.

To simplify market entry, the number of licenses and permits has been halved, company registration has been simplified, and online bank account opening has been introduced.

The practice of introducing standards that are expensive for business without public discussion have been banned, the grounds for conducting unscheduled business inspections have been halved, and self-regulation has been introduced.

The registration fee for small and medium-sized businesses, the requirement for a seal, and the need to issue a technical passport when registering new construction objects were canceled.

A number of documents and examinations on technically uncomplicated objects were excluded, the procedures for connecting to electric grids were shortened, the single window principle was introduced when issuing land plots.

Registration of purchase and sale transactions, filing an application for the issuance of technical conditions and delivery of a statement of claim were translated into electronic format. The following measures are planned to further reduce administrative barriers and simplify procedures.

In order to reduce redundant requirements, it is proposed to introduce a mechanism for canceling or suspending inefficient acts of state bodies upon complaints from entrepreneurs and business associations, that is, decisions that interfere with business can be quickly canceled and corrected.

Introducing the principle of “one regulation instead of two”

This involves the introduction of a new regulatory instrument in place of the two existing ones. This will reduce the regulatory burden on the business. Optimization of licenses and permissions is planned.

The transition to “enterprise diagnostics” will be ensured as an alternative to scheduled inspections. Such business diagnostics will be carried out without being held accountable and will reduce planned inspections.

As part of the digitalization of services, it is proposed to provide full coverage of all services for a business in electronic form.

Work will continue to increase the availability of business financing and improve government support measures.

“In general, all of the above measures are aimed at reducing the level of the informal economy by 2025 to 20%. This indicator is enshrined in the Strategic Development Plan of Kazakhstan until 2025. The implementation of the measures announced will have a positive impact on the stability of the economy, a balanced budget, and business competitiveness,” Dalenov said in conclusion.