Over 48 thousand jobs created in Almaty region in 2019 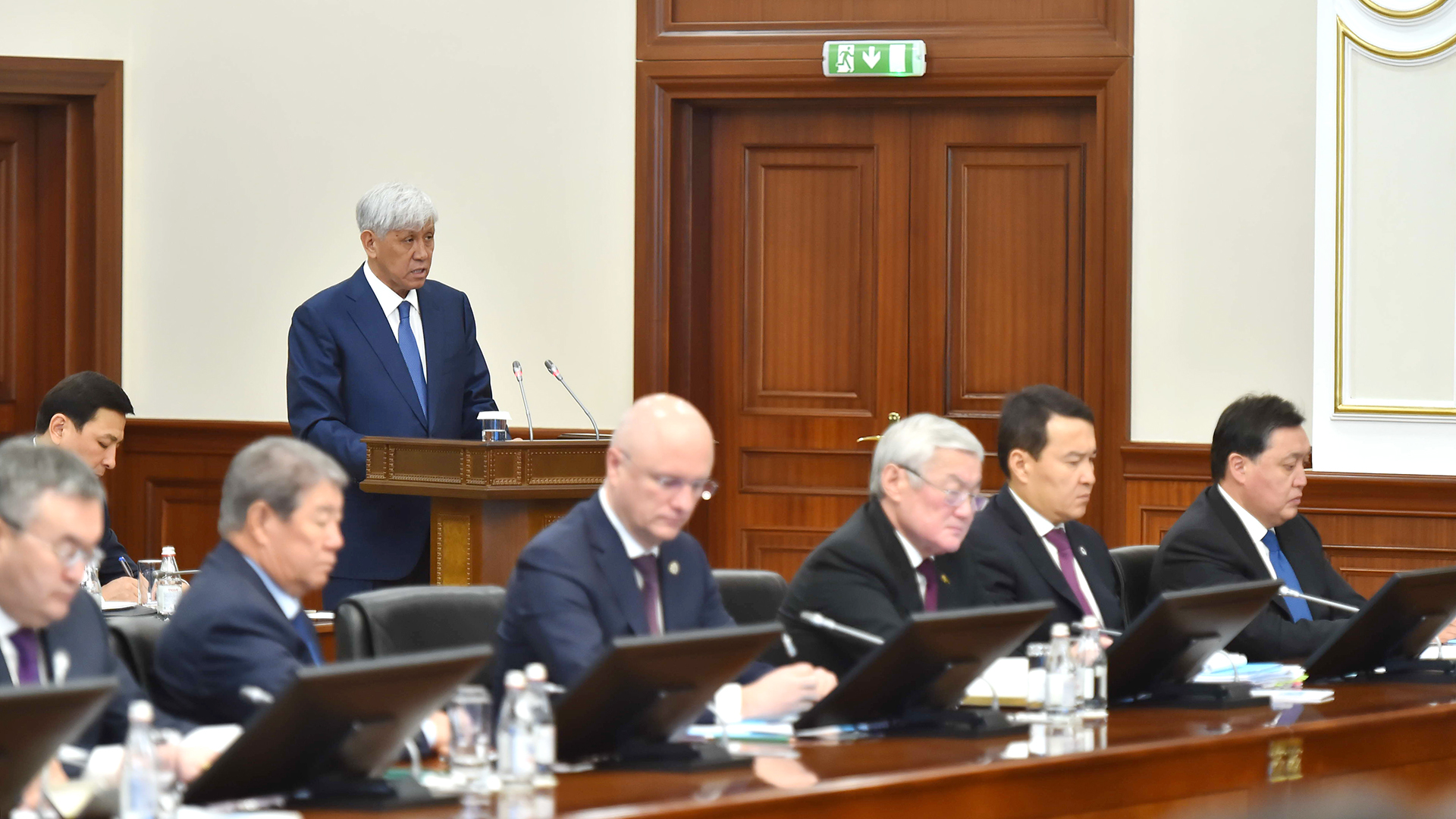 During the extended Government session with the participation of the Head of State, the akim of Almaty region Amandyk Batalov reported on the main results of the socio-economic development of the region in 2019.

According to the akim of the region, last year all measures were taken to achieve economic growth and improve the living standards of the population.

“At the end of 2019, gross regional product grew by 4.5% and exceeded three trillion tenge. More than 48 thousand jobs have been created, of which 31 thousand are permanent. Revenues to the state budget exceeded 509 billion tenge, including only own revenues amounted to 226 billion tenge,” Batalov said.

As the regional akim noted, this was made possible thanks to the implementation of the tasks outlined by Elbasy in the Plan of the Nation “100 Concrete Steps,” as well as in the election program of the Head of State and the Address to the people of Kazakhstan.

“This is strengthening investor relations, supporting and creating a favorable investment climate, which gives real results. Foreign investment grew 1.6 times, non-oil exports reached $350 million with an increase of 15%. An investment portfolio has been formed, which contains 422 projects with a total value of over 4.9 trillion tenge, with the creation of 40 thousand jobs,” Batalov informed.

Also, this year it is planned to increase the gross agricultural output to one trillion tenge and increase the export of processed products.

In 2019, the number of small and medium-sized businesses exceeded 122 thousand, tax revenues from them increased 1.3 times and amounted to 113 billion tenge. The share of SMEs in GRP reached 32%.

At the same time, last year 894 thousand square meters of housing were built with an increase of 25%. Thanks to housing programs, 2,443 families received apartments, including 1,779 large families.

“From the beginning of the year, applications for targeted social assistance in a new format were accepted, for which 21 billion tenge were allocated. $40 billion will be allocated for social support of large and low-income families, including 3.5 billion tenge from the local budget to the social map of the region,” Batalov said.

In the region, the level of centralized water supply has been brought up to 91%. 35 billion tenge is allocated annually for the construction and repair of roads, and today 81% of local roads are in good and satisfactory condition.

According to the akim, over the past five years 55 schools for 30 thousand places have been built in the region. But their number is growing due to high fertility and internal migration. For the current year, 8 billion tenge has been allocated for the construction of eight schools. Also, the issue of building schools through private investment is being considered.

At the same time, the volume of investments amounted to 39.4 billion tenge, including 32.8 of private investment, i.e. 1 tenge of budget funds accounts for 4 tenge private.

“In the creation of a comfortable living environment in the countryside, the program Auyl – El Besіgі gives great opportunities. Last year, 45 projects worth 6.1 billion tenge were implemented in seven district centers. This year, 21 villages will be covered. This program was very well received by the population and corresponds to the concept of a hearing state. It is especially important for us, since 80% of the population lives in rural areas,” Batalov concluded.