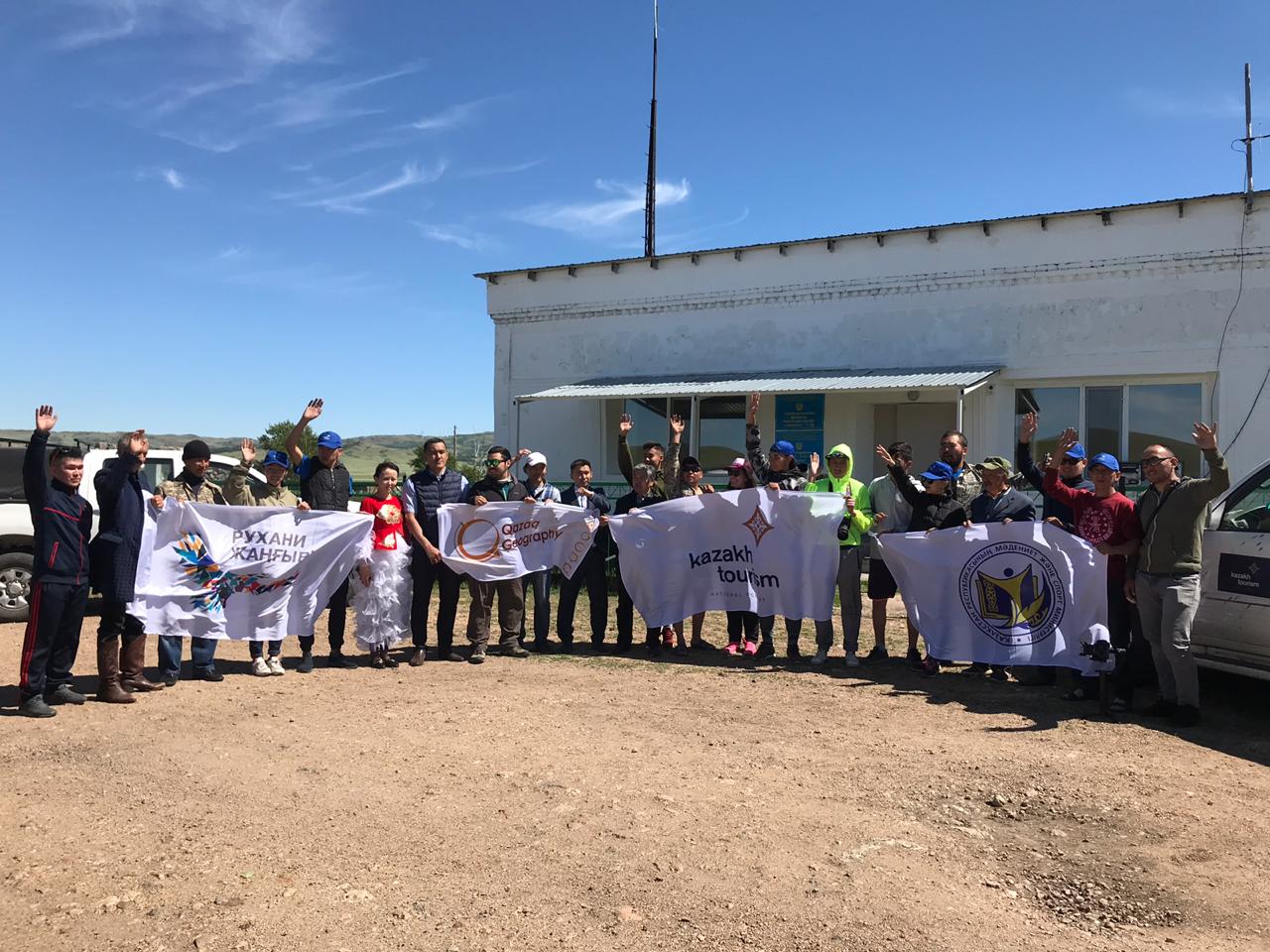 The equestrian expedition "Kieli Qazaqstan" in Saryarka has ended June 29 on the territory of the Bayanaul National Natural Park near the picturesque Lake Zhasybay.

The expedition started June 21, 2019, from the recreation area ​​ "BalQaragai" in the city of Nur-Sultan. The tour went through Akmola, Karaganda and Pavlodar regions with a visit to two national parks – Buyratau and Bayanaul. The group daily crossed about 50-60 km making stop-overs in the villages nearby to the route. The expedition included experienced riders, travelers, representatives of tour operators, travel bloggers, journalists, photographers and videographers.

It is known that Bayanaul is the birthplace of famous personalities such as Bukar-Zhyrau, Zhayau Musa, Zhusup Kopey and many others. The expedition members visited the Bayanaul Memorial Museum of Academician Kanysh Satpayev, the mausoleums and mosques of Sultanmakhmud Toraigyrov and Musa Myrzy. At the end of the event, the expedition members presented special gifts to the children of local residents.

“The goal of this project is to popularize the culture of horsemanship, as well as the development of equestrian tourism in Kazakhstan. I believe that this project will make a serious contribution to the implementation of the Rouhani Zhangyru program and will also assist in the implementation of the tasks outlined in the article “Seven Facets of the Great Steppe,” where Elbasy called equestrian culture the first facet,” said the leader of the equestrian group Berik Akilbekov .

According to the results of the expedition, it is planned to identify the most optimal places and segments of routes for the development of horseback tours, which will be supported by exact coordinates, high-quality photographs and video materials, as well as a detailed description. In the future, this information will be provided to domestic travel companies.

The expedition was initiated by order of the Tourism Industry Committee of the Ministry of Culture and Sports. The organizer is JSC KazakhTourism National Company, the route was implemented by QazaqGeography.