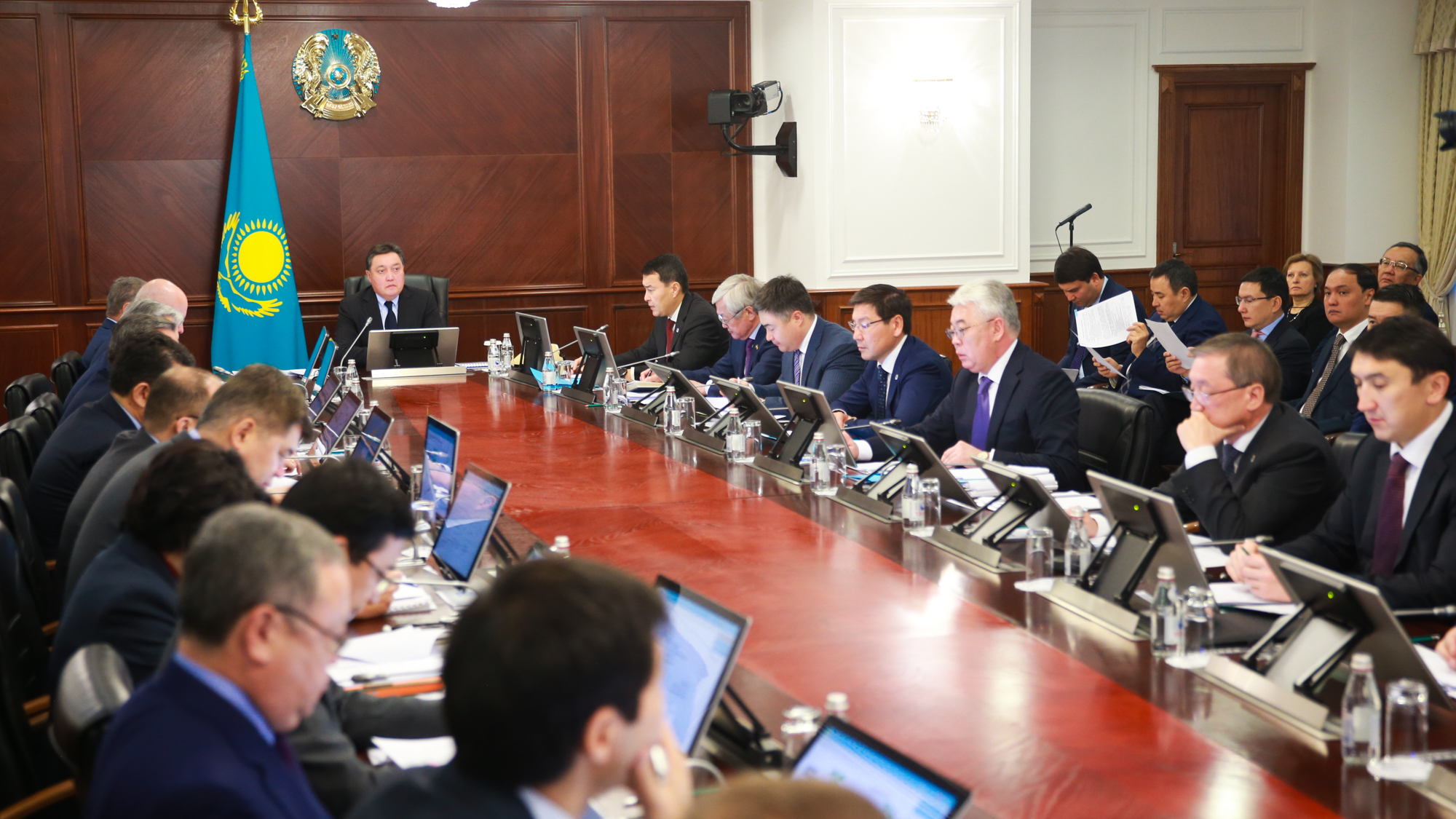 At a Government session chaired by Prime Minister Askar Mamin, the implementation of the Business Road Map 2020 State Program and new approaches to supporting business until 2025 were reviewed.

Minister of National Economy Ruslan Dalenov reported on the work in this direction and the draft program for the coming five-year period t, Chairman of the Board of Atameken NCE Ablay Myrzakhmetov reported on the training the basics of doing business and businessmen consulting.

“According to Elbasy Nursultan Nazarbayev, strong business is one of the important factors for ensuring the sustainability of the economy. In May 2019, the Head of State Kassym-Jomart Tokayev at a meeting of the Council of National Investors set the task of strengthening the role of SMEs and bringing its share in the country's economy to at least 35% by 2025. In 2050, we must reach the 50% mark. To achieve these indicators, a lot of work is being done, including amending the law,” said Mamin.

The head of government emphasized that the Business Road Map 2020 State Program has proved its effectiveness. Since 2010, as a result of its implementation, more than 342 thousand jobs were saved and over 94 thousand new jobs were created. The share of small and medium-sized businesses in the country's GDP increased from 24.9% in 2015 to 28.4% in 2018. The volume of output of SMEs increased by 10 trillion tenge from 13.3 to 23.4 trillion tenge. The number of entities increased by more than 300 thousand from 900 thousand to 1.3 million. This year, Kazakhstan has risen from 28th to 25th place in the World Bank's Doing Business rating of ease of doing business.

For the coming five-year period, it is planned to introduce counter obligations of the business (preservation / increase of jobs, growth of paid taxes and income of program participants), expansion of the purpose of loans for the purchase of franchises and refinancing. The size of the state grant will be increased from 3 million to 5 million tenge, working capital lending – from 60 to 180/360 million tenge. Microfinance organizations will be included in the program as participants, along with second-tier banks.

The prime minister instructed the Ministry of National Economy of the Republic of Kazakhstan by the end of November of this year to ensure the adoption of the Business Roadmap-2025, by the end of 2019 to ensure the adoption of the necessary regulatory legal acts, together with Atameken  NCE and JSC Damu to conduct information- explanatory work among entrepreneurs about the approaches and opportunities of the new Program.